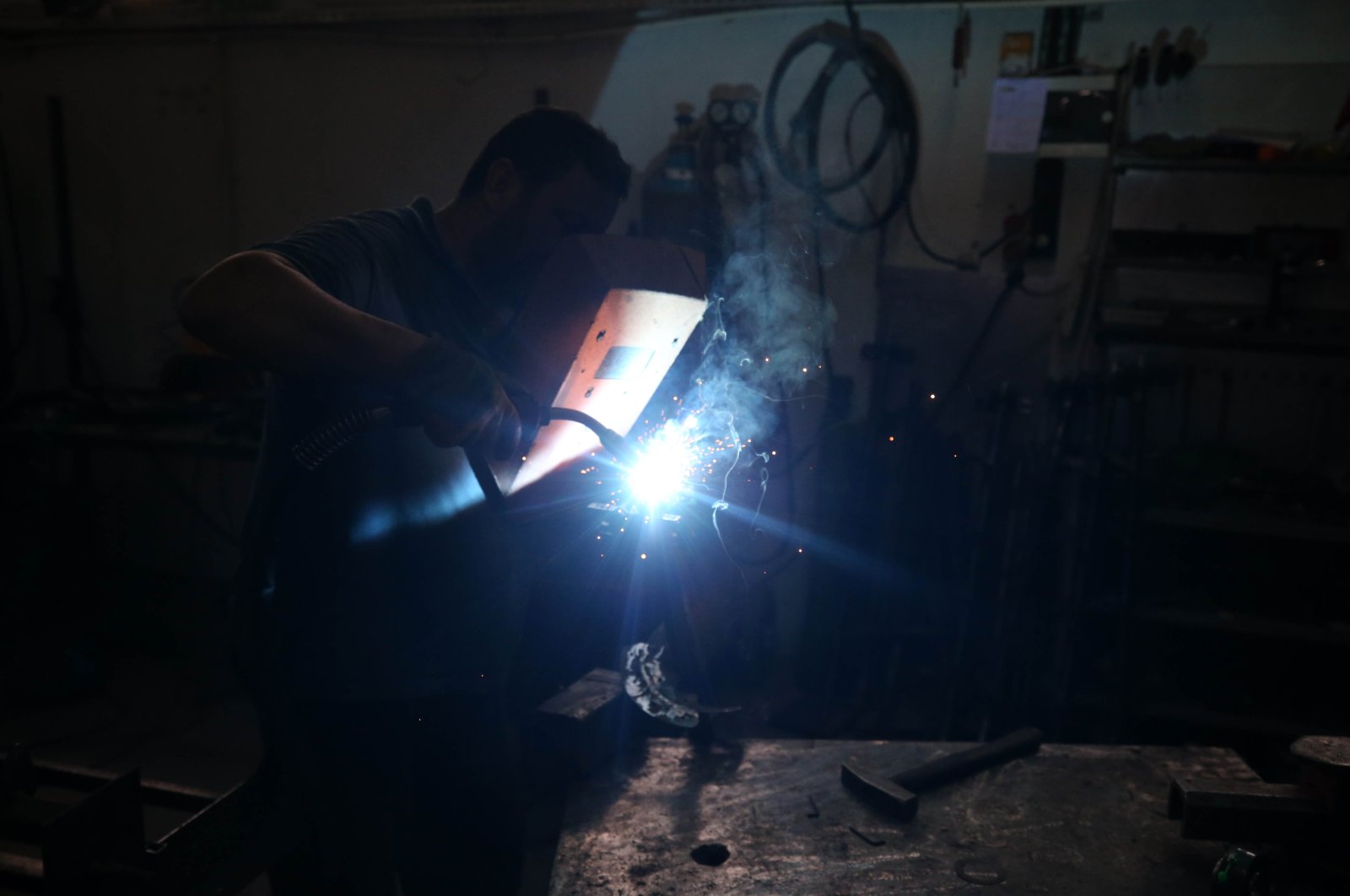 The upturn in the Turkish manufacturing sector continued in October with the headline rate hovering above the threshold level for the fifth consecutive month following the downturn caused by the coronavirus pandemic.

The headline Purchasing Managers' Index (PMI) rose to 53.9 in October from 52.8 in September, according to survey data from the Istanbul Chamber of Industry (ISO) and IHS Markit on Monday, remaining above the 50 mark that separates expansion from contraction.

“The growth in the manufacturing industry has been continuing for five months and has accelerated compared with the previous month,” said Treasury and Finance Minister Berat Albayrak.

“Despite the pandemic conditions, the rise of new export orders are supporting this growth,” Albayrak said on Twitter.

The reading suggested a solid improvement in the health of the sector and indicated that the Turkish manufacturing sector continued to grow strongly at the start of the final quarter of the year.

The rate of job creation accelerated to the fastest in almost three years, the panel said, as firms expanded production volumes to catch up with new orders.

“Base metal, chemical, plastic and rubber were the strongest sectors. The pace of job creation is also at its highest level since February 2018,” Varank said on Twitter.

Turkey’s October PMI has left behind many developed and developing countries, including the U.S., China, South Korea and France, according to infographics shared by the minister.

Stocks of inputs decreased amid the use of items in the production process and difficulties obtaining materials, the panel said, with businesses citing supply chain delays when sourcing inputs from abroad.

"Weakness of the Turkish lira again led to sharp rises in both input costs and output prices in October,” it said.

Input costs increased at a record pace for two years, while charges were raised to the greatest extent in the last 25 months, the report noted.

“This positive picture is all in spite of ongoing currency weakness which is causing inflationary pressures to build,” Harker added.

Having had dropped to as low as 33.4 in April due to the pandemic, the manufacturing PMI index recovered in the following months and has been growing since June, said Enver Erkan, an economist at Tera Yatırım.

“In the period of economic normalization, manufacturing sector activity continues to recover. Following the strong recovery effect in the third quarter, sectoral confidence indices and leading indicators continue to increase in the fourth quarter,” Erkan said in a note.

“If we look at the details of the PMI data, production and new orders accelerated. The job creation rate was the highest in the last 32 months. We see that the increase in employment and the acceleration in new orders support the increase in firm activity, and this has a positive effect on production,” he added.