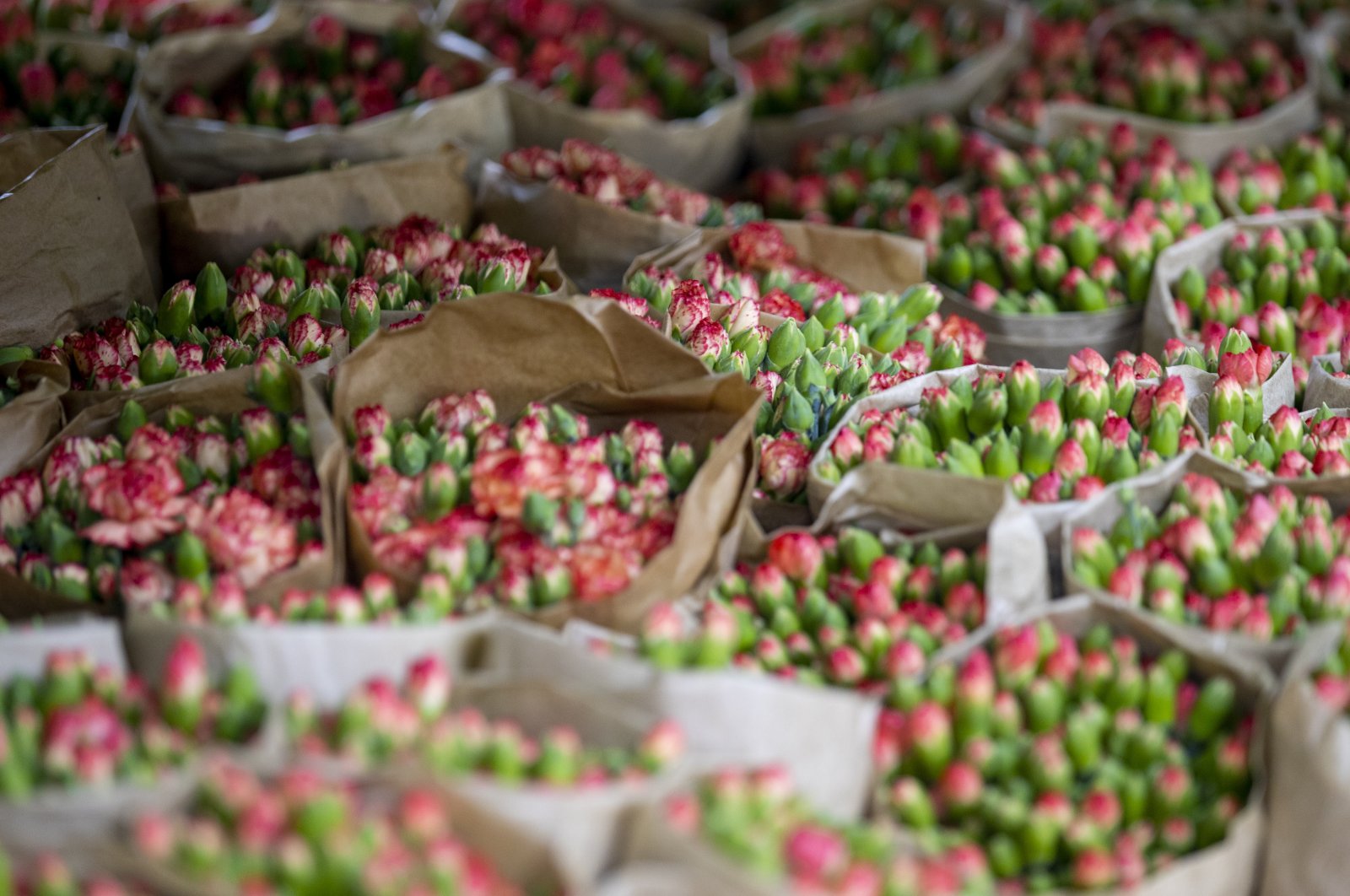 Local producers in Turkey have exported 70 million cut flowers to 22 countries around the world ahead of Valentine's Day on Feb. 14 as demand for flowers produced in Turkey soars.

The sales were made to various countries including the Netherlands, the U.K., Germany and Romania.

Ismail Yılmaz, the head of the Ornamental Plants and Products Exporters' Association, told Anadolu Agency (AA) Monday that this year saw a significant increase in the export of flowers.

The country exported 60 million roses to 50 countries ahead of Valentine's Day in 2020.

Red roses and carnations are among the most popular flowers, but Turkey mainly exported the latter due to domestic demand, Yılmaz added. Local producers have over 100 types of flowers in the market.

Turkey's largest flower market is Europe, with the Netherlands importing the lion’s share. It is followed by the U.K., Germany, Romania and Ukraine.

Yılmaz said that Europe compensates for the deficit of countries like Colombia and Ecuador, which are experiencing logistical problems in importing from Turkey.