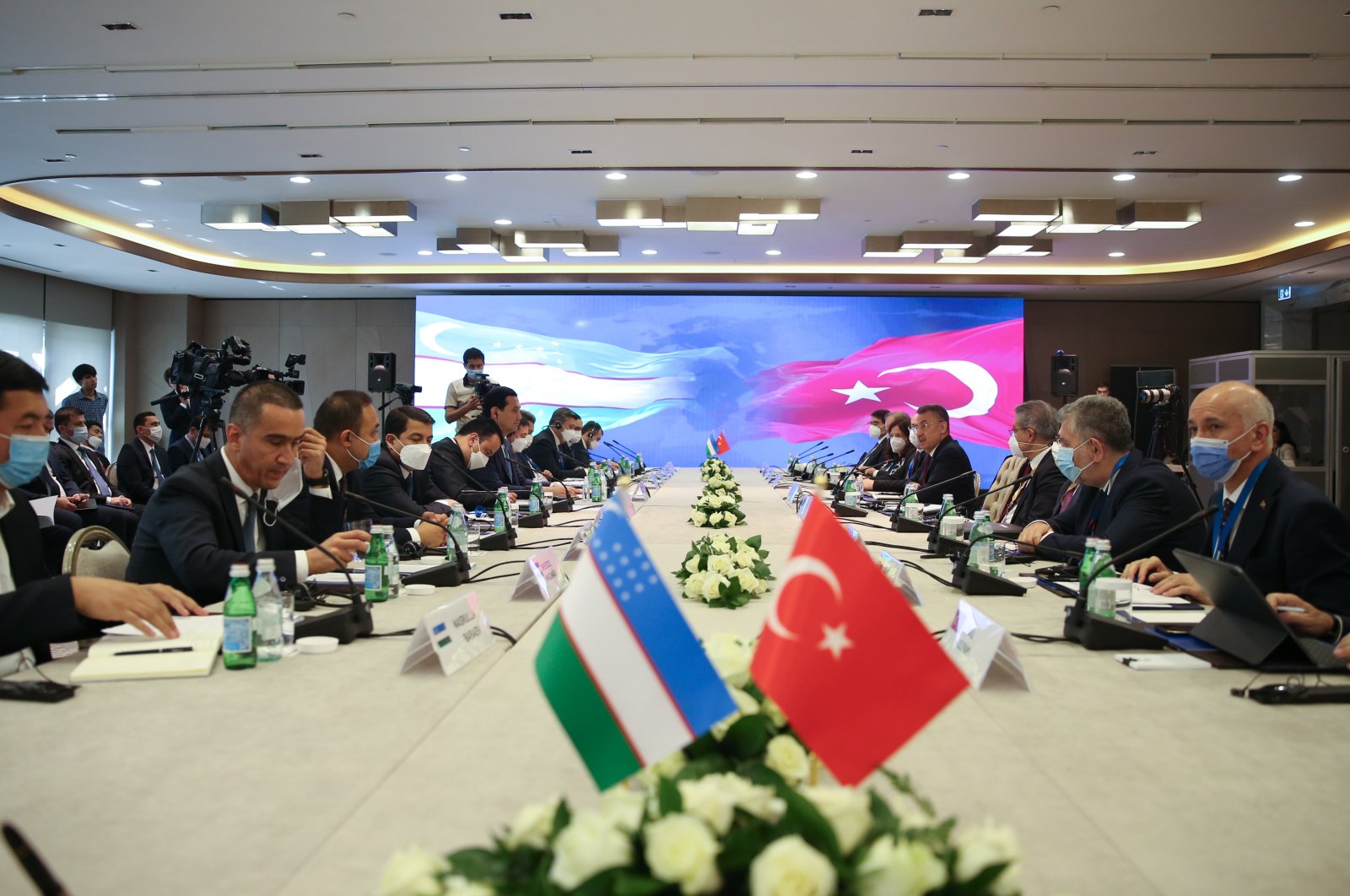 Turkey and Uzbekistan increased their bilateral trade volume by 93% year-on-year to $1.5 billion (TL 13 billion) in the first five months of 2021 despite the pandemic conditions, the Turkish vice president said Monday.

Fuat Oktay was speaking at the Uzbekistan-Turkey Business Forum organized by Turkey's Foreign Economic Relations Board (DEIK) as part of the 6th Meeting of Turkey-Uzbekistan Joint Economic Commission at a hotel in Uzbekistan.

Speaking at the forum, Oktay said: "Our goal is to maintain this momentum until the end of the year to reach our 2023 target as soon as possible and to go beyond our target of $5 billion trade volume."

Oktay expressed hope that the meeting, which brought together businesspeople from both Turkey and Uzbekistan, would be a turning point in bilateral relations.

"Despite the negative atmosphere the world is going through, the increase in our bilateral trade with Uzbekistan is the clearest indicator that we will exceed our targets and reach new records," Oktay noted.

Turkey, the first country to officially recognize Uzbekistan after its independence, sincerely supports its achievements and development, Oktay stressed.

"Mechanisms such as the High-Level Strategic Cooperation Council and the Joint Economic Commission, established under the leadership of Turkish President Recep Tayyip Erdoğan and Uzbek President Shavkat Mirziyoyev, further strengthen our cooperation," he said.

Oktay and Umurzakov also attended a coordination meeting aimed at expanding the multilateral cooperation between the public and private sectors of the two countries.

The two sides discussed Turkish investments in Uzbekistan and new job opportunities at the meeting.

During the meeting, Oktay also met with Turkish businesspeople in Uzbekistan.