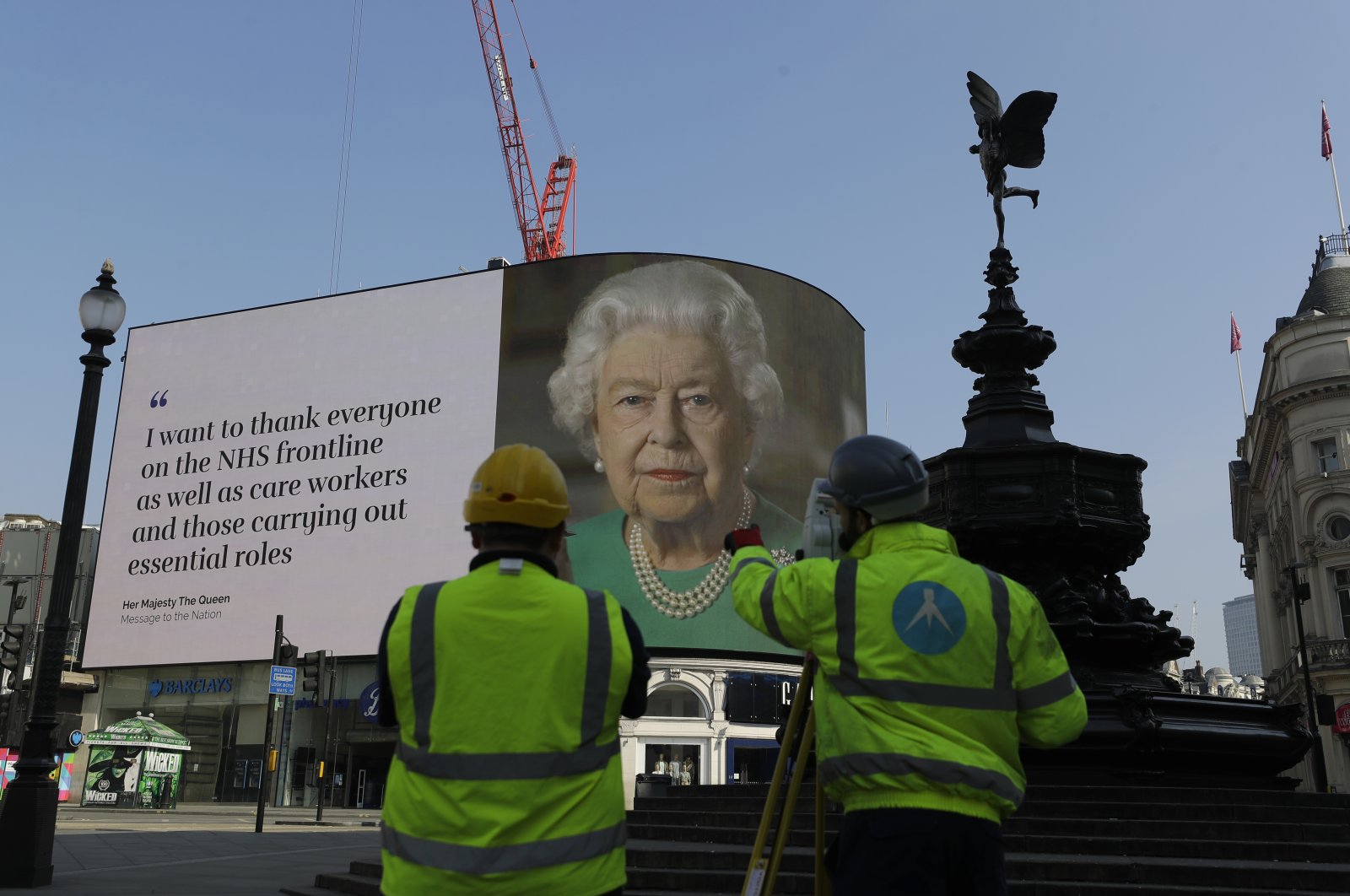 An image of Britain's Queen Elizabeth II and quotes from her historic television broadcast commenting on the coronavirus pandemic are displayed on a big screen behind the Eros statue at Piccadilly Circus in London, April 9, 2020. (AP Photo)
by REUTERS Apr 09, 2020 2:54 pm
RECOMMENDED

Last week, the government put the figure for new Universal Credit requests at around 950,000 people.

The payments include support for people on low incomes working fewer hours as well as people who lose their jobs.

There are normally around 100,000 applicants per two-week period.

As the coronavirus pandemic sweeps the country, analysts think the country is heading for its sharpest economic slump in a century.

The government has pledged it will provide 80% of the pay of workers who are temporarily laid off and has raised welfare payments for those out of work.

In the United States, the number of people seeking unemployment benefits in the last three weeks likely totaled a staggering 15 million.

The next publication of official British labour market data – which will include figures for the number of people seeking jobless benefits in March – is due on April 21.

Britain's welfare department said it was changing its system for making new claims so applicants no longer need to do an interview over the phone.

Between March 23 and 27 around 1.8 million calls were made to the Universal Credit helpline with some people left waiting for hours.

On March 30, the day after Prime Minister Boris Johnson warned that some lockdown measures could last months, there were 2.2 million calls.

The government has moved 10,000 staff to process the claims and is recruiting 5,000 more.

"We are doing whatever it takes to make claiming benefits as straightforward as possible during a time when we are receiving an unprecedented number of claims," said work and pensions minister Therese Coffey.

Britain’s 5 million self-employed people will not hear whether or not they are eligible for similar aid until June.