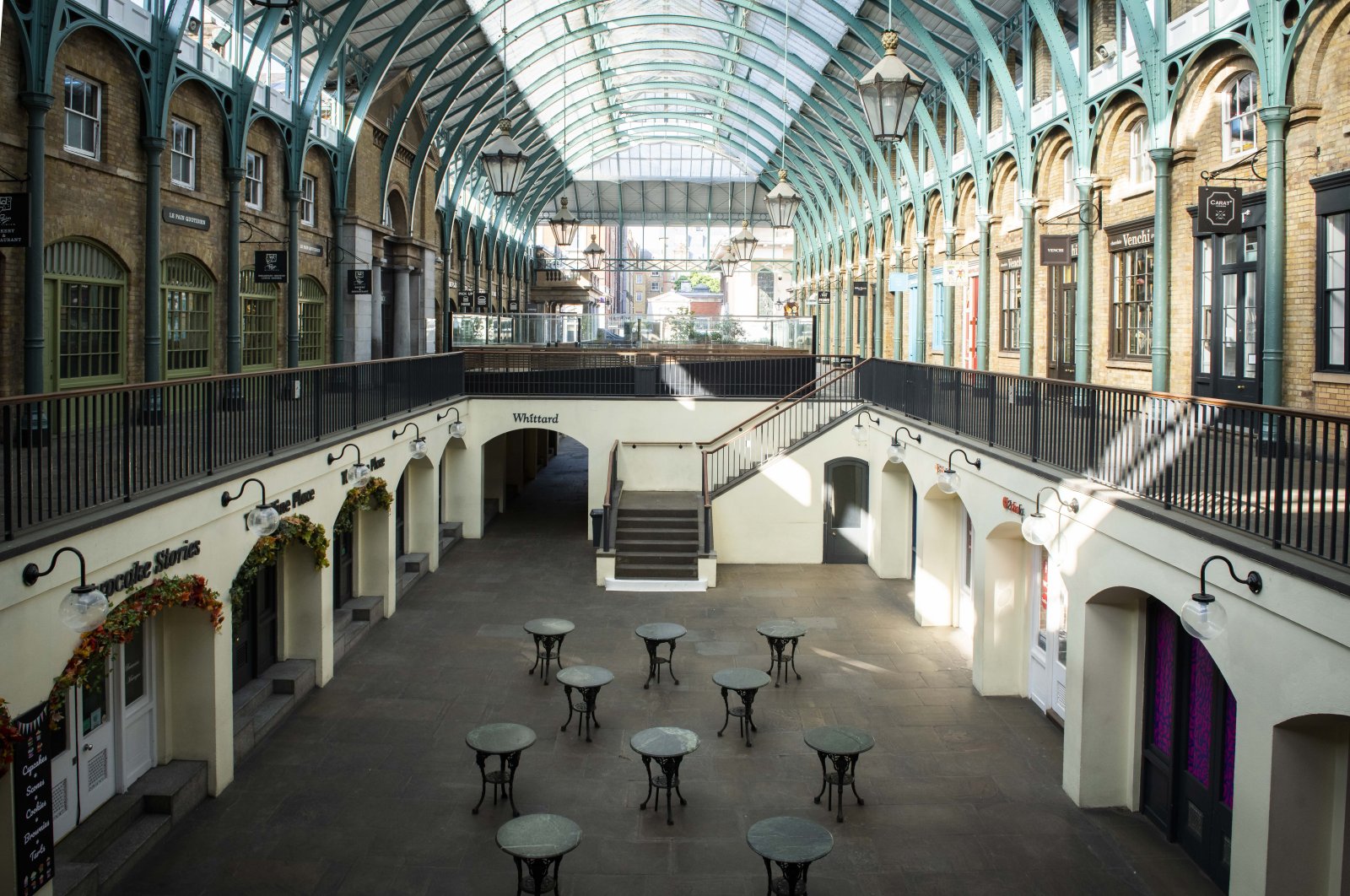 Applications for unemployment benefits jumped by 856,500 in April, the biggest leap in one month on record. Meanwhile, the number of people on company payrolls dropped by 1.6% from the previous month, equivalent to the loss of nearly 450,000 jobs

The number of people claiming unemployment benefits in Britain leaped in April to its highest level in nearly 24 years, giving the clearest sign yet of the hit from the coronavirus to jobs, a downturn which is set to deepen in the coming months.

The Office of National Statistics (ONS) said jobless claims surged by 856,500 – the biggest ever month-on-month jump – to 2.1 million, a 69% increase from March. The figures covered only the first weeks of the lockdown, said Jonathan Athow, deputy national statistician for economic statistics at the ONS.

It was the highest level since July 1996, when Britain's economy was still recovering from a deep recession caused by its failed bid to stay in the European Exchange Rate Mechanism, which had pushed interest rates to 15% in 1992.

April's surge would have been even sharper without an emergency government program to pay 80% of the wages of 8 million employees – or about 1 in 4 workers – put on temporary leave, and thus not counted as unemployed.

"I think we should be prepared for the unemployment rate to increase significantly," Secretary of State for Work and Pensions Therese Coffey told BBC radio.

Recent changes to Britain's welfare system mean the claimant count number includes more people than normal who are still in work but have suffered a big drop in earnings. But the surge in claims has shown the scale of the hit to the labor market.

"While only covering the first weeks of restrictions, our figures show COVID-19 is having a major impact on the labor market," Athow said.

A Reuters poll of economists had produced a median forecast for a leap of 676,500 in the claimant count, with forecasts ranging widely from just over 56,000 to as high as 1.5 million.

Tej Parikh, the chief economist at the Institute of Directors, said the government's wage subsidy scheme was holding off some job losses for now but it was not clear how firms would react when they are required to help fund it from August.

"Many companies will still be in the middle of a cash flow crisis," he said. "Government faces an onerous task in winding down the scheme without causing too much pain."

Vacancies fell by the most on record in the February-April period with hospitality job openings dropping the most.

Experimental data, based on tax figures, showed the number of people on companies' payrolls fell by 1.6% in April from March, equivalent to the loss of nearly 450,000 jobs.

George Brown, an economist with Investec, said the claimant count and vacancy figures probably underestimated the scale of the hit to the jobs market because they reflected the picture at the start of April.

Other data served as a reminder of how strong Britain's labor market was going into the COVID-19 crisis. Britain's unemployment rate fell to 3.9% in the January-March period, which covered only one week of the lockdown which began on March 23, from 4.0% in the three months to February.

Growth in pay slowed but employment expanded by a much stronger-than-expected 211,000.

But with much of the economy shut down by the government, Britain could be heading for its sharpest economic slump in more than 300 years, the Bank of England has warned.

The country's budget forecasters say unemployment could hit 10% in the April-June period, even with millions of workers shielded by the government's wage subsidy scheme.

Asked if the government could cope with the number of people claiming unemployment support, Work and Pensions Secretary Therese Coffey said, "Yes."

The government is working on how to get people back into jobs once the economy recovers, Coffey told BBC on Tuesday. She said the government was focused on those claiming benefits under Universal Credit, a welfare payment for those who need help, including the unemployed.

“I think so far the employment stats really are indicative to the end of March and we won’t have a more detailed understanding for about another month,'' she said. “So at the moment, the Universal Credit claimants are where we are focusing our interest.”

"In the meantime, the department is also working across government on what we can do to help people get back into the labor market once the economy properly recovers," she added.