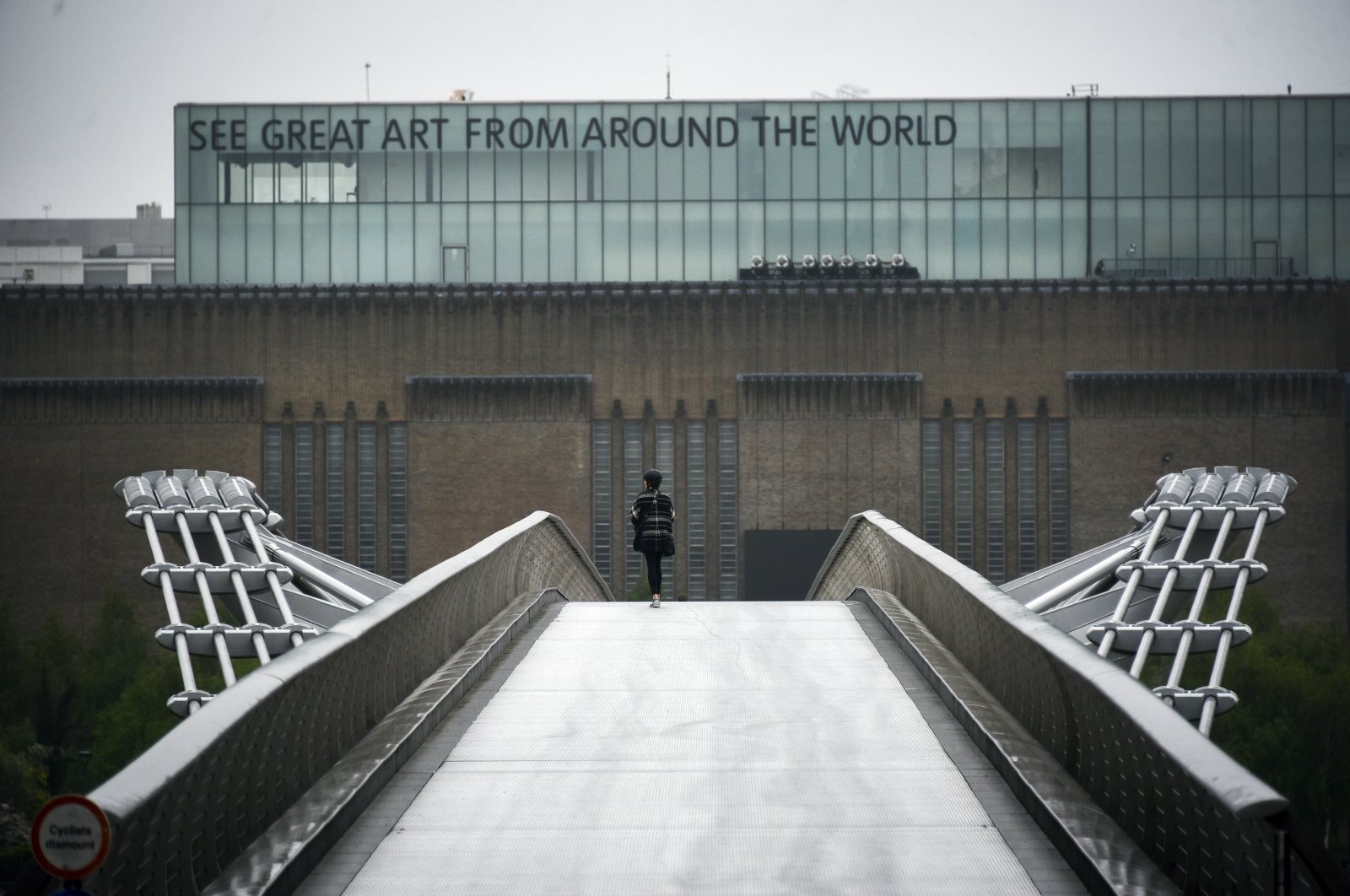 A woman walks on the nearly deserted Millennium Bridge as the rain falls, on the sixth week of lockdown due to the coronavirus outbreak, London, the U.K., April 28, 2020. (AP Photo)
by Agencies Mar 23, 2021 11:33 am
RECOMMENDED

The United Kingdom’s unemployment rate unexpectedly fell to 5% in the three months up to January's end, when the country entered a new virus lockdown, remaining close to five-year highs, official data showed Tuesday.

It was below forecasts of a rise to 5.2% in a Reuters poll. The rate compared with 5.1% in the three months to the end of December, the Office for National Statistics (ONS) said in a statement.

"The U.K. unemployment rate, in the three months to January 2021, was estimated at 5.0%, 1.1-percentage-points higher than a year earlier," the ONS said.

Analysts said that while the rate had steadied thanks to the U.K. government's jobs support package paying the bulk of wages for millions of private-sector workers, unemployment was set to shoot higher once the taps are turned off.

"The stability of the unemployment rate at ... 5.0% in January highlights once again the extent to which the government's job furlough scheme has protected jobs during the pandemic," noted Ruth Gregory, senior U.K. economist at Capital Economics research group.

"We still expect the unemployment rate to rise further to a peak of 6.0% by early 2022 but that would be a much better result than most feared only a few months ago."

Hopes that the British economy can rebound solidly have been boosted by the U.K.'s rapid rollout of its vaccination program.

Since January, nonessential shops and most businesses open to the public have been closed in England to slow the spread of more infectious variants of COVID-19, with similar measures in other parts of the U.K.

A rapid rollout of vaccinations has sharply reduced new infections and allowed English pupils to return to school this month. Shops are due to reopen next month, but restrictions on hospitality will remain until at least late June.

Meanwhile, separate official data based on tax records showed an increase of 68,000 in the number of employees on business payrolls in February as compared with January, though the total is 693,000 lower than a year earlier before the start of the pandemic.

“Of the decrease since then, almost two-thirds have been among the under-25s, over half has been in hospitality, and almost a third has been in London,” the ONS head of economic statistics, Sam Beckett, said.

Average wage growth rose to 4.8%, its highest since March 2008, though this reflects how job losses have been greatest in low-paid sectors such as retail and hospitality, rather than higher pay for people who are still in work.