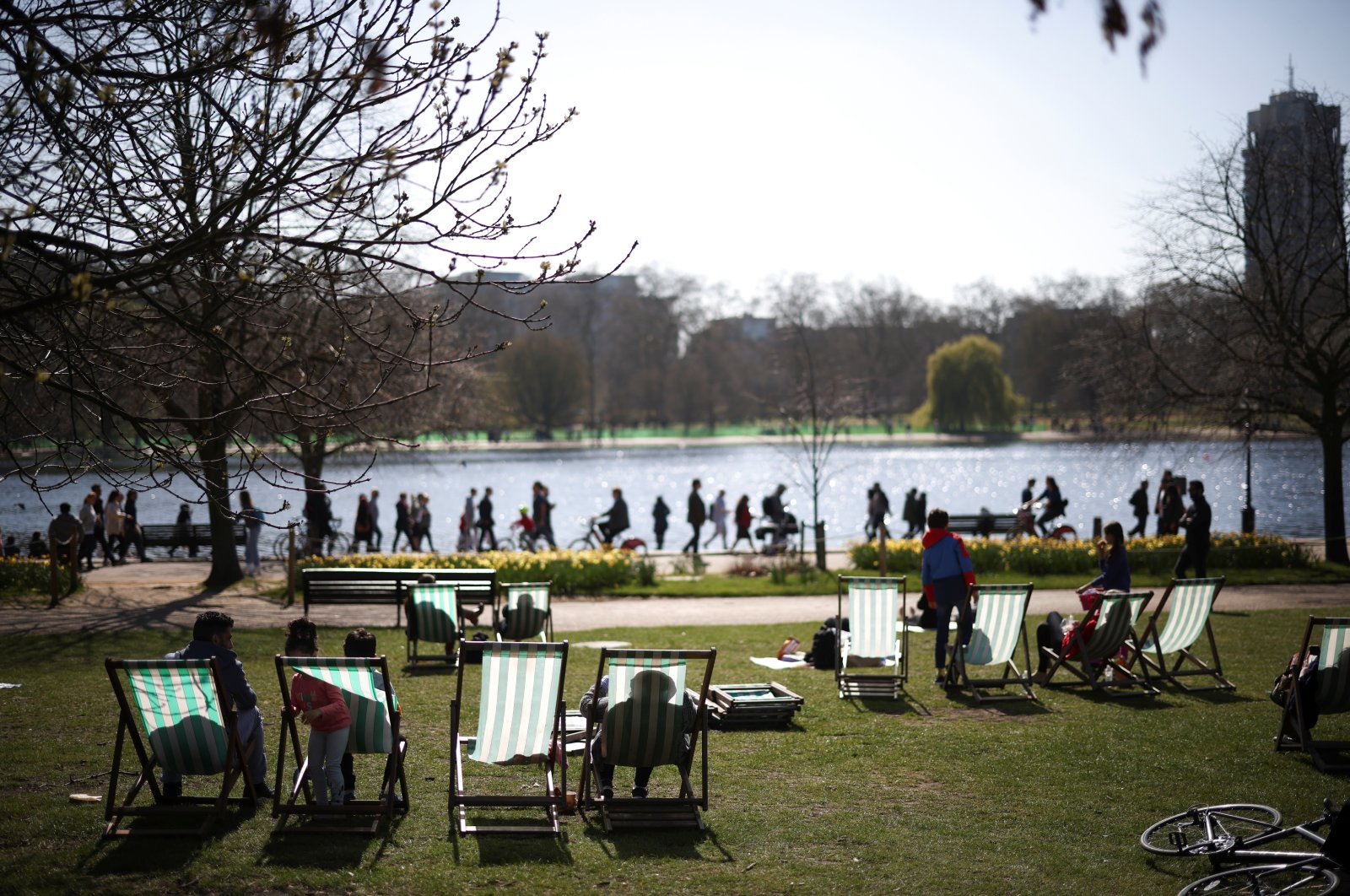 In a massive new drive, everyone in the United Kingdom will be entitled to take a free COVID-19 test twice a week in an effort to track the pandemic and spot cases without symptoms, as the country moves to reopen the economy after lockdown.

Under the plan that will go live as of April 9, free kits are to be delivered to homes or workplaces and be made available at local pharmacies and test centers.

The drive comes as Prime Minister Boris Johnson is Monday set to announce plans to reopen sections of the economy, and eventually relaunch international travel when he updates the coronavirus roadmap, aided by one of the fastest vaccine rollouts in the world.

Johnson said the new mass testing program would break the chain of transmissions and spot cases without symptoms.

As much of Europe enters new lockdowns to tackle surging cases, Johnson has set out a staggered plan to ease restrictions in the coming months, a huge boost for one of the worst-hit countries during the pandemic.

“As we continue to make good progress on our vaccine program and with our roadmap to cautiously easing restrictions underway, regular rapid testing is even more important to make sure those efforts are not wasted,” he said in a statement.

Junior health minister Edward Argar said the tests would be sent to homes, businesses, or picked up from pharmacies or test centers. He said he was confident people would isolate themselves.

“People are doing the right thing,” he was cited by Reuters as telling Sky News.

The increased testing will help health officials to track the pandemic as the country slowly reopens from a strict four-month lockdown.

Johnson is expected to confirm that non-essential retail, outdoor hospitality and hairdressers can reopen on April 12 in England, while he will also give more details on vaccine passports and international travel.

Airlines are fighting for survival after a year of nearly no travel, and the government’s plan to use a traffic-light system for countries based on infection and vaccination levels gives a glimmer of hope that some form of holidays could take place.

Vaccine passports are also being trialed for mass events.

Under the current plan, international travel will not resume until May 17 at the earliest. The Financial Times said Johnson was not expected to set out a specific timeframe.

Travel destinations will be ranked green, amber, or red according to virus risk, the government was cited by the Agence France-Presse (AFP) as saying in a statement late Saturday.

“We are doing everything we can to enable the reopening of our country ... as safely as possible,” Johnson said.

People heading to low-risk “green” countries will simply take a virus test before and after they travel, the government said.

But those going to amber or red countries will have to self-isolate or quarantine afterward.

Currently, people arriving in the U.K. from abroad are required to self-isolate for 10 days.

The government urged people not to book summer holidays, saying it was “too early to predict” which countries would be green-lighted countries.

The government has announced it will allow several people to attend public events such as football matches from this month in trials of a virus certification system.

But it has not made clear whether it will issue “virus passports” for international travel, an idea backed by many tourism-dependent countries and airlines but opposed by more than 70 U.K. members of Parliament.

Scotland, Wales and Northern Ireland are following their own, similar paths out of a strict lockdown that was imposed at the beginning of this year.

Britain is able to pursue a recovery after it gave AstraZeneca and Pfizer shots to more than half the adult population. A reopening of schools in March has also not yet led to a spike in cases, despite a ramp-up in more testing.

But the United Kingdom has been badly hit by the pandemic. With almost 127,000 deaths, it has the fifth-highest toll in the world behind the United States, Brazil, Russia and India.

In 2020 its gross domestic product (GDP) fell by 9.8%, the most in more than three centuries and one of the deepest contractions in the world. Households have saved, however, and the sterling has gained against the euro ahead of the reopening.