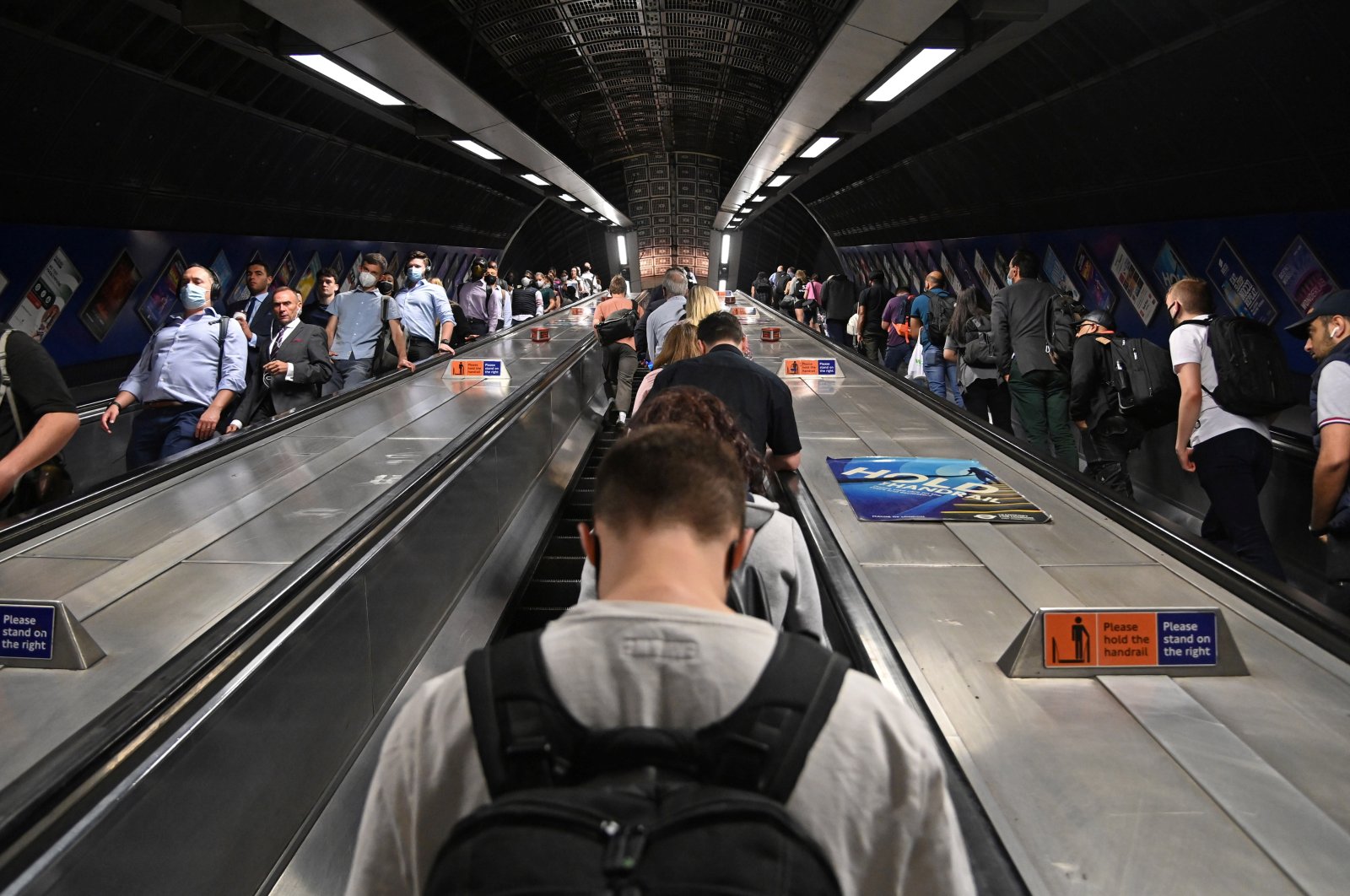 Britain’s jobs support scheme that has kept millions of private-sector workers in jobs during the coronavirus pandemic ends Thursday, with predictions of a spike in unemployment and a slump in living standards.

It marks the most expensive single piece of U.K. economic support during the pandemic and it becomes the world’s first big economy to wind up its COVID-19 jobs support scheme.

“Despite this success, significant challenges remain in the labor market,” the Institute for Fiscal Studies (IFS) said in a report Thursday.

“These include additional job losses when the furlough scheme ends, low re-employment rates for those made redundant, and high levels of vacancies in some sectors.”

Some 12 million people have been on furlough, with some 1 million workers still supported up until its end. Of those remaining, more than 25% work in construction and manufacturing.

Simon Clarke, Britain's junior finance minister, said it was impossible to estimate how many people would lose their jobs as a result of the end of the program.

“It’s impossible to put an estimate on,” Clarke told Sky News on Thursday.

“These people are susceptible to persistently low living standards should they be made unemployed,” the IFS said, citing the fact that many were the only adult wage-earner in their household.

Also among those hit hardest by the end of the scheme will be Londoners and older workers, the IFS added.

While workers in the British capital make up 14% of all U.K. employees, they accounted for almost 20% of those still accessing the scheme in July, it noted.

The emergency jobs package “initially helped younger workers weather the pandemic ... (but) it is older workers who are now more likely to be furloughed,” according to Daniel Tomlinson, senior economist at the Resolution Foundation think tank that lobbies for better living standards.

Compounding the situation will be the government’s plan to cut unemployment benefits by 20 pounds per week from next month, Tomlinson added in a separate assessment of the 18-month furlough scheme.

Amid high U.K. inflation caused in part by surging energy prices, the “cut to Universal Credit ... will return the real value of unemployment benefit to its lowest level since the early 1990s,” he argued.

Britain’s main opposition Labour party has led the charge against the cut to universal credit, calling it “morally and economically wrong” at a time of hardship for many.

The short-term impact of the scheme’s end on unemployment and the broader economy is unclear.

Last week the Bank of England (BoE) called it a key source of uncertainty for its thinking on when to raise interest rates, and Governor Andrew Bailey said in a speech on Monday that the situation posed a puzzle for central bankers.

Policymakers had a “range of views” on the likely path for unemployment and wanted to wait for data on the impact of the scheme’s expiry, minutes of their September meeting showed.

Rishi Sunak, who unveiled the furlough scheme just weeks after being appointed finance minister, said he was “immensely proud” of the initiative, workers and businesses.

“With the (economic) recovery well underway, and more than one million job vacancies, now is the right time for the scheme to draw to a close,” he said.

Official data shows 1.56 million jobs were fully or partly on furlough at the end of July, down from a peak of 8.86 million in May 2020 shortly after the program launched. Of those, just over half were fully furloughed, while the remainder had staff working some of their pre-pandemic hours.

“I think it’s been an absolute lifesaver... and was exactly what the government needed to put in,” said Sabby Gill, chief executive of human resources software firm Thomas International, which furloughed staff until the start of this year.

Capital Economics analyst Paul Dales said the end of furlough could help to fill some of the many job vacancies in Britain.

“The end of the furlough scheme may help ease some of the U.K.’s current labor shortages,” he told the Agence France-Presse (AFP).

“This probably won’t happen immediately, but some of those people who have been kept on the furlough and who will lose their jobs will be free to look for and start work elsewhere.”

Britain has seen more than 136,000 people die from COVID-19 during the pandemic but some 82% of people aged 16 and over have now been jabbed with two doses of vaccine.

That has allowed shuttered businesses to reopen after months of lockdown and social distancing restrictions, even if case numbers remain stubbornly high.

Staff shortages, though, have hit several sectors due to a combined effect of the global health crisis and Brexit, which saw many foreign workers leave.

Britain has record job vacancies at more than 1 million, while the unemployment rate stands at 4.6%, down from a pandemic peak of 5.2% at the end of last year.

A significant shortage of lorry drivers has left empty supermarket shelves and fuel supply issues, which has seen long queues of motorists at filling stations for a week.

British troops have been drafted in to help deliver fuel to forecourts because of a lack of tanker drivers, and to ease panic-buying.

The government maintains the pandemic is to blame but critics accuse ministers of a lack of foresight in replacing thousands of foreign drivers who left the country.

But industry leaders have argued that this alone will not solve the problem.