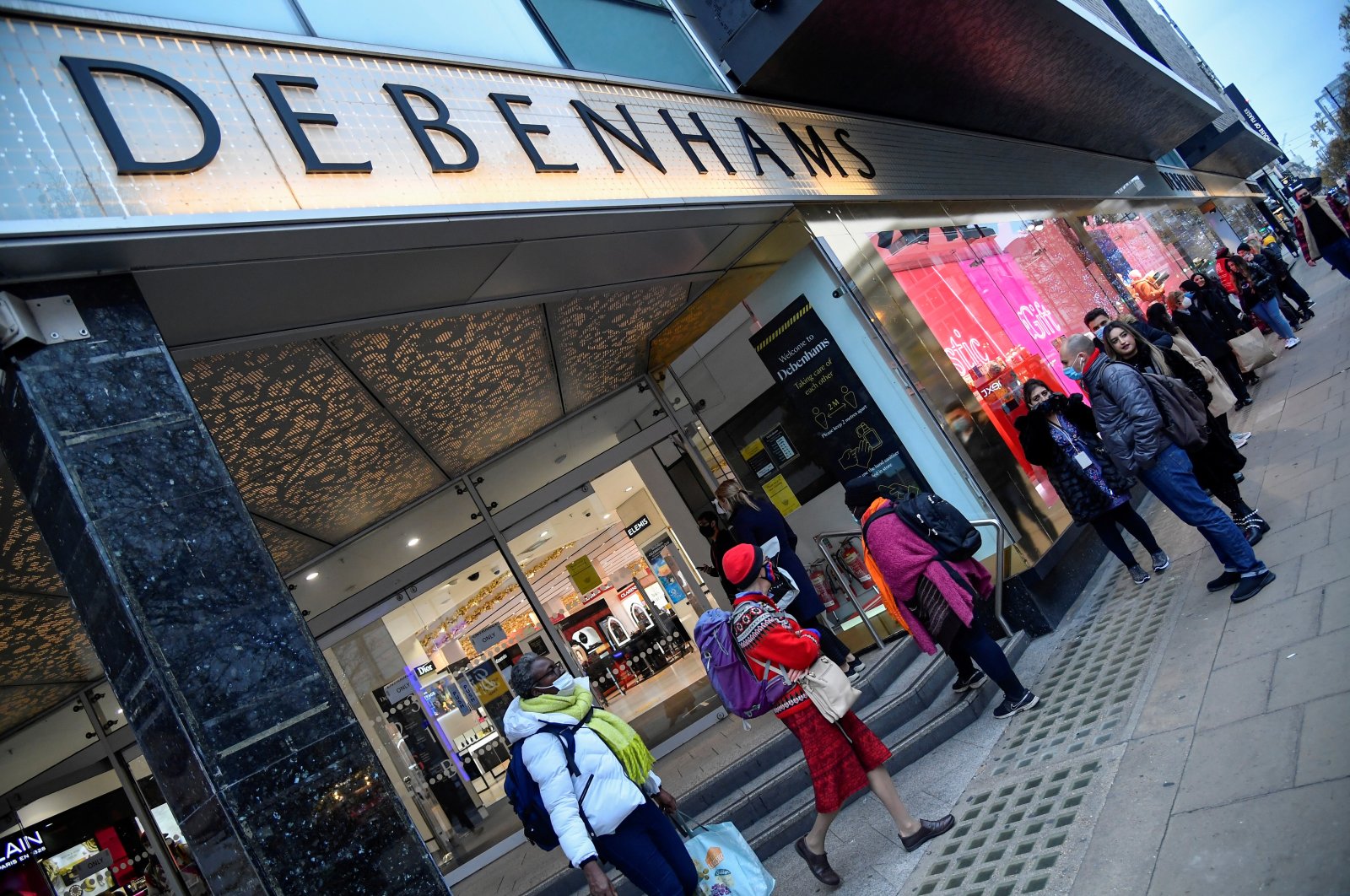 British multinational retail giant Debenhams is to shut all its outlets, administrators for the collapsed group said Monday. This would indicate that last-ditch efforts to rescue the ailing chain have failed, with the loss of around 12,000 jobs.

Debenhams, which has long struggled with fierce online competition, will see its brand live on, however, after British online fashion group Boohoo bought the group's intellectual property assets. The British department store currently has 118 stores open around the country.

Its stores will reopen following the lifting of the U.K. lockdown to liquidate stock, said administrators with FRP Advisory, a firm brought in to salvage parts of the business, in a statement Monday.

"Once Debenhams stores are able to reopen and the stock liquidation can continue in stores, the website will be operated by Boohoo.

"The closing down sale will continue in stores for several weeks until the stock liquidation is completed and the value of this stock will be retained for creditors.

"Regrettably, all the UK stores will then be permanently closed," the statement added.

Debenhams collapsed last month with the loss of thousands of jobs, having struggled to adapt from a bricks-and-mortar business long before the coronavirus pandemic forced shoppers online.

A source close to the company told AFP this meant that around 12,000 jobs would disappear.

Debenhams, whose history dates back to the late 18th century, had hoped to sell some of its 124 stores, whose staff have been paid by the British government's furlough scheme during the pandemic.

It is unclear whether British retail group Frasers, which has been in talks with the administrators, will still snap up some Debenhams stores.

Boohoo has acquired assets, including customer data, from outside administrators brought in to salvage parts of the business.

The cost of the deal is 55 million pounds ($75 million), Boohoo said in a statement.

It added that it plans to rebuild and relaunch the Debenhams online platform, as Boohoo looks to lead the fashion e-commerce market by entering into new areas including beauty, sports and homeware.

"Debenhams is a long-standing and leading UK fashion and beauty retailer with high brand awareness, and an established online platform with approximately 300 million UK website visits per annum," Boohoo said. "This makes it a top 10 retail website in the UK by traffic."

With an increasing shift to online, main shopping streets in England's towns and cities could lose another 400,000-plus jobs after the coronavirus pandemic passes, according to a recent survey by accountants KPMG.

While COVID-19 has ravaged the U.K. retail sector, with tens of thousands of jobs being lost owing to other big-name bankruptcies, supermarkets have boomed.

Topshop-owner Arcadia, one of Britain's biggest clothing retailers, fell into administration ahead of Christmas, putting at risk a further 13,000 roles.

Arcadia, which owns a number of brands including Topman, Evans and Wallis, which sold also in Debenhams' stores, blamed its demise largely on THE coronavirus fallout.

However, like Debenhams, Arcadia also struggled to make the transition into a leading online company.