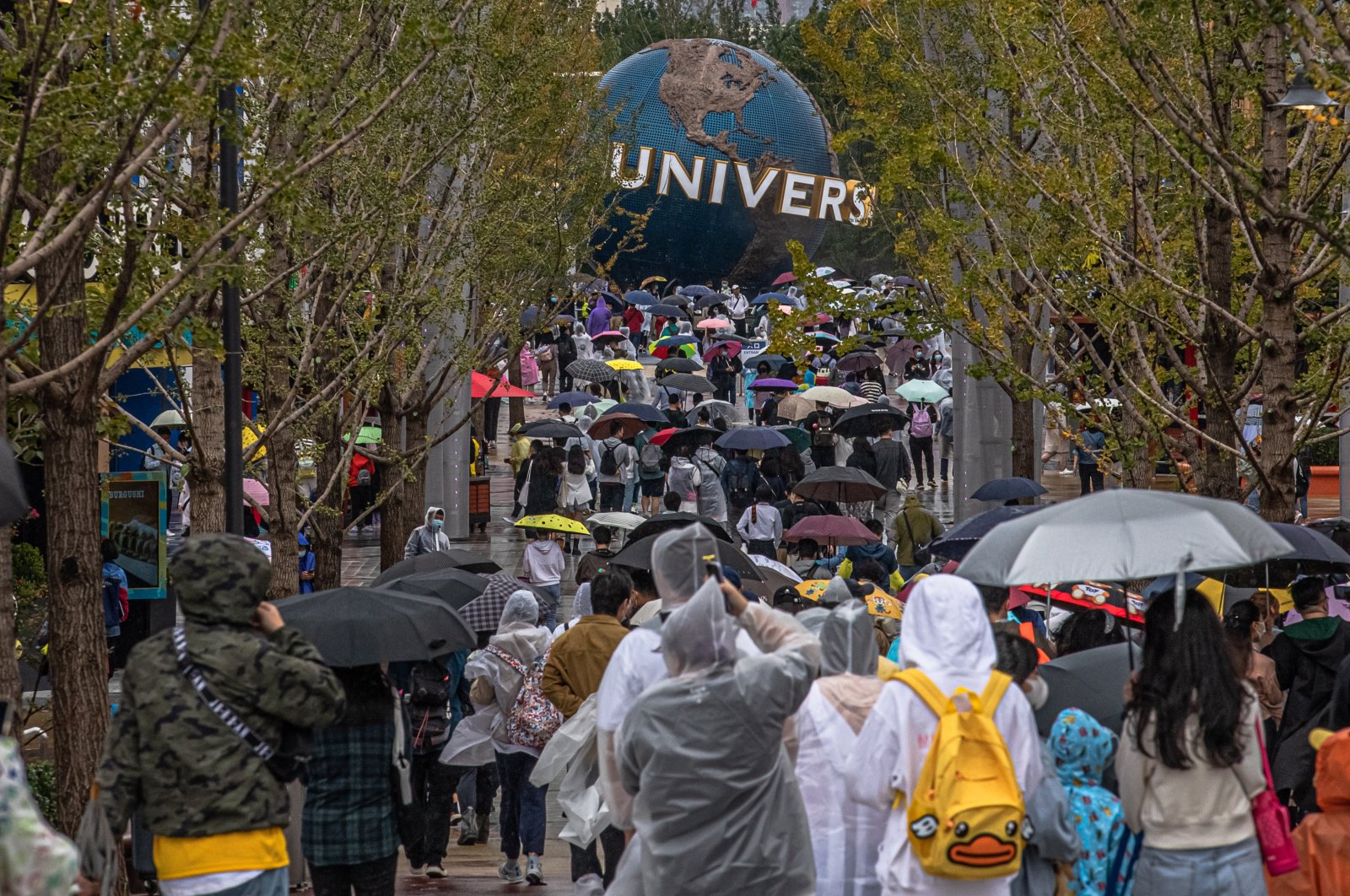 Universal Studios' resort in Chinese capital Beijing opened its doors to the public on Monday after a two-decade wait, including COVID-19 delays.

The highly-anticipated opening takes place amid U.S.-China relations that have deeply deteriorated in recent years.

The park will be U.S.-based Universal's largest and its fifth globally. It is also a first for Beijing, which lacks a big branded theme park to rival the Disney resorts in Shanghai and Hong Kong.

And, it will be the first Universal Park with a section dedicated to the movie "Kung Fu Panda" and includes an area based on the Harry Potter franchise, which is popular in China.

Amid light rain and tight security, a steady stream of umbrella-wielding visitors entered the resort, with several saying they were “excited” to be finally getting to go see the park.

One Universal Studios staff member told Reuters that visitor numbers were being capped at around 10,000 for Monday because of the pandemic but the park has the capacity to take in many more and will do so in the future.

All of the 10,000 tickets for the opening available in a pre-sale on Sept. 14 sold out in three minutes, according to Trip.com Group.

Beijing-based visitors snatched 40% of the tickets for the first month of opening, while the cities of Tianjin and Shanghai were the second- and third-largest sources of patrons, according to travel website qunar.com.

However, many buyers complained on social media about ticket costs, which range from 418 yuan ($64.76) in the low season to 748 yuan during peak periods.

"This is a rare time in a long while when an America-themed topic has attracted such obvious and widespread praise in China," the Global Times, a nationalistic tabloid published by the ruling Communist Party's People's Daily, wrote last week.

The resort was proposed 20 years ago by the Beijing Tourism Group, according to the official China Daily, and is 30% owned by Comcast Corp's Universal Parks & Resorts and 70% by state-owned Beijing Shouhuan Cultural Tourism Investment.

The new Chinese ambassador to Washington, Qin Gang, likened its roller coaster ride to ties between the two countries.

"After all the tumbling and shakes, the roller coaster came to a soft landing in the end," he tweeted on Tuesday.

Universal Studios announced the development of the resort in 2014, saying at the time it would cost $3.3 billion. In 2017, Comcast Chief Executive Brian Roberts said the park could provide $1 billion of operating cash flow per year when it opened.

The park is estimated to earn more than 10 billion yuan ($1.6 billion) a year in revenue with up to 12 million visits, according to state-run Beijing Daily.