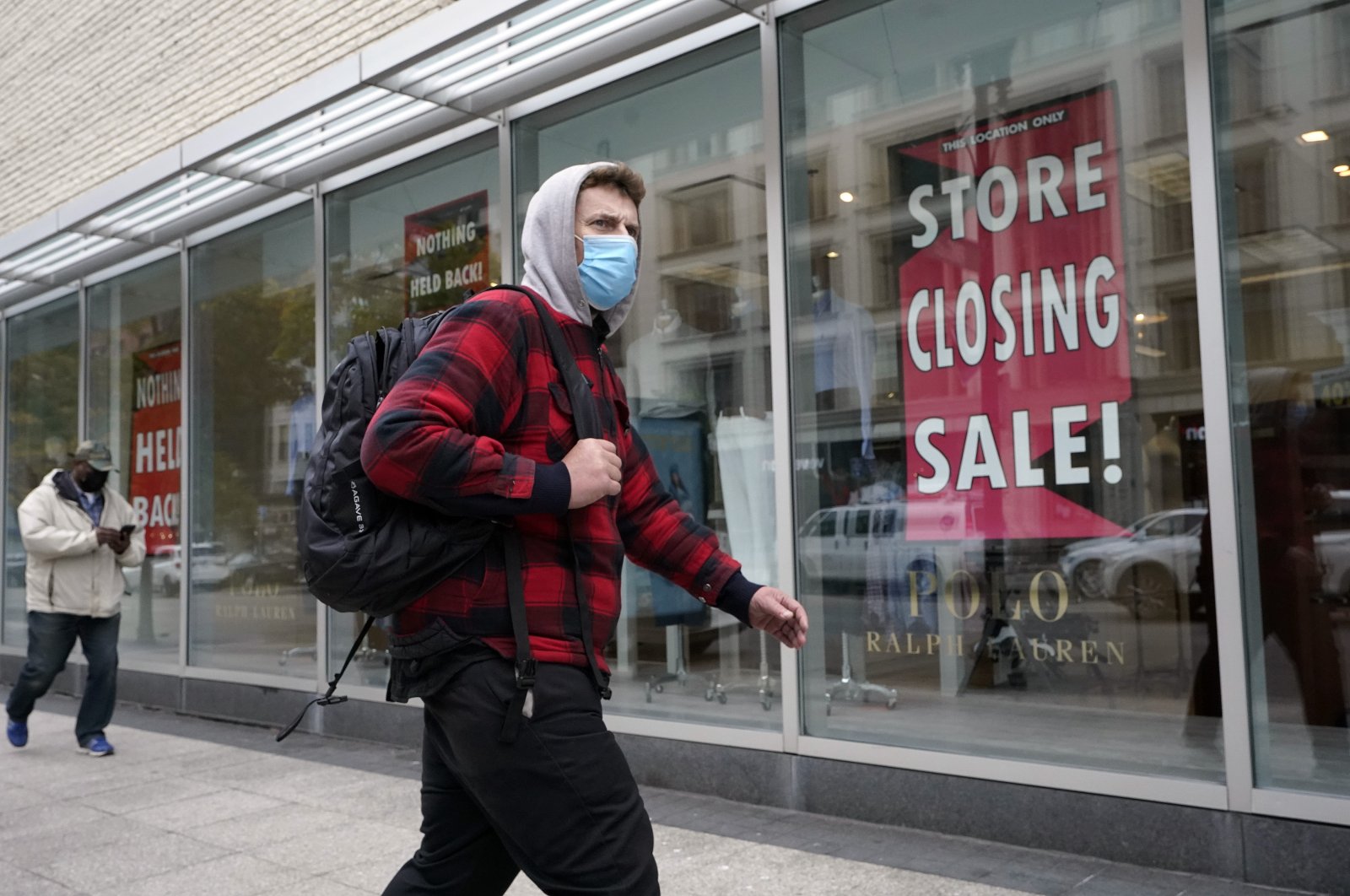 The U.S. economy grew at a sizzling 33.1% annual rate in the July-September quarter – by far the largest quarterly gain on record – rebounding from an epic plunge in the spring, when the eruption of the coronavirus closed businesses and threw tens of millions out of work.

Yet the recovery from the deepest recession since the Great Depression of the 1930s remains far from complete. The Commerce Department’s estimate Thursday of third-quarter growth regained only about two-thirds of the output that was lost early this year when the economy essentially froze as safety orders forced restaurants, bars and many retailers to shut down.

The economy is now weakening again and facing renewed threats. Confirmed viral cases are surging. Hiring has sagged. Government stimulus has run out. With no further federal aid in sight this year, Goldman Sachs has slashed its growth forecast for the current fourth quarter to a 3% annual rate from 6%.

Thursday’s estimate of growth is the last major economic report before Election Day, after a campaign that President Donald Trump has sought to build around his economic record before the pandemic hit. Trump has drawn generally solid public support for his handling of the economy.

Business investment was up a strong 20.3% last quarter, reflecting a 70.1% surge in investment in equipment. Residential investment surged at 59.3%, reflecting a solid rebound being enjoyed by home builders as demand for homes rises.

Before the big rise in the July-September quarter, GDP had fallen 5% in the first quarter when the country's record-long expansion of nearly 11 years ended and then dropped a record 31.4% in the second quarter when much of the country shut down.

Though the unemployment rate, at 7.9%, is down significantly from 14.7% at the start of the pandemic recession, it is still historically high. And hiring has slowed for three straight months. The economy is still roughly 10.7 million jobs short of recovering all the 22 million jobs that were lost to the pandemic.

The government’s estimate of the third-quarter jump in GDP – the total output of goods and services in the United States – was the biggest such increase on records dating to 1947, surpassing a 16.7% surge in 1950 during the Truman administration. In the January-March quarter this year, GDP had contracted at a 5% annual rate before a record-setting 31.4% annual tumble in the spring.

Mark Zandi, the chief economist at Moody’s Analytics, said he thinks GDP will regain pre-pandemic levels by spring of next year, with GDP expanding 4.2% for 2021. But he warned that the job market might not fully recover until perhaps 2023.

“Many of the jobs in retailing, leisure and airlines have been permanently lost,” he said, “and those folks will have to find different work and that will take time.”

The government reports the quarterly GDP changes as annual rates. That means the change for any given quarter is calculated as if it had occurred for an entire year. Using another way to view the figures, GDP peaked in the fourth quarter of 2019 and then fell 10.1% over the next two quarters. Even with the third quarter rebound, the economy remains 3.4% below the peak of output set in the fourth quarter of 2019.

Overhanging the economy now are growing uncertainty and worry as a resurgence of the virus raises the prospect of new lockdowns and threatens the economy, especially without more federal help. That fear has burst into the open this week across global financial markets. On Wednesday, U.S. stock averages tumbled roughly 3.5%, with the Dow Jones Industrial Average shedding 943 points. The S&P 500 is already down 5.6% this week, on track for its worst weekly fall since March.

The selling in U.S. markets followed broad declines in Europe, where a new wave of lockdowns and business closings has swept across France, Germany and elsewhere as surging viral infections on both sides of the Atlantic wipe out months of progress against the pandemic. In France, President Emmanuel Macron has declared a new nationwide lockdown starting Friday, saying the country has been “overpowered by a second wave.” In Germany, Chancellor Angela Merkel announced a four-week shutdown of bars, restaurants and theaters.

In the United States, where nearly every state is suffering from a rise in cases, Gov. Tony Evers of Wisconsin, one of the hardest-hit states, has pleaded with people to stay home. Gov. J. B. Pritzker of Illinois has banned indoor dining and drinking in Chicago and limited the size of gatherings in response to a surge in cases.