US firms could suffer $50B economic loss by floods in 2022 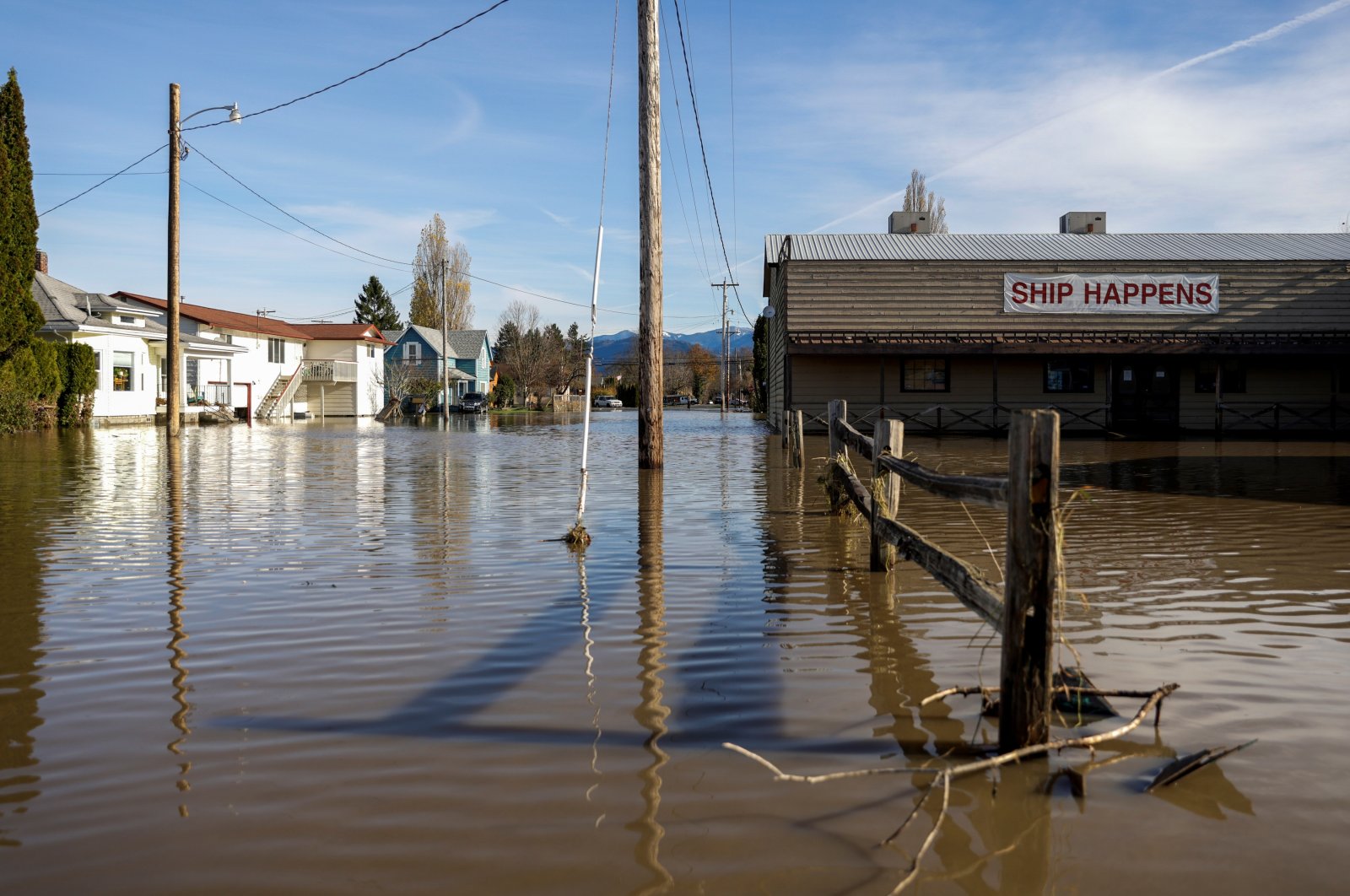 Flood waters surround a shipping business called "Ship Happens" after rainstorms that hit both British Columbia and Washington state caused flooding on both sides of the border, in Sumas, Washington, U.S., Nov. 17, 2021. (Reuters Photo)
by REUTERS Dec 13, 2021 10:02 am
RECOMMENDED

Flooding in 2022 will cause American businesses to lose more than 3 million days of operations and will face worsening economic fallout in the coming decades as climate change fuels ever more extreme weather events, researchers said Monday.

Next year’s expected damage, based on estimated trends, translates to a nearly $50 billion annual hit for local economies in cities from Miami to Pittsburgh, according to First Street Foundation, a non-profit group that maps climate risk.

In a new study, researchers there took a rare comprehensive look at the expected flood risk to businesses and local economies in the United States – a threat often underestimated amid a focus on flooded homes and family losses.

“It’s a whole other dimension of flood risk,” said Jeremy Porter, head of research and development at First Street Foundation.

“You talk about commercial activity, you’re talking about the economic activity that underpins the entire community.”

In total, local businesses in the United States could lose the equivalent of 3.1 million days of operations in 2022 from floods – a number estimated to hit 4 million by 2052 as flood threats grow, the report said.

Researchers found that roughly 730,000 retail, office and multi-unit residential properties – with commercial properties as well as homes – are at risk of projected flood damage today in the contiguous United States.

High-risk metropolitan areas included Miami and New York – coastal spots where heightened threats are to be expected – but also inland cities like Pittsburgh, which sits at the confluence of three rivers.

“Pittsburgh was a big surprise to us. Once we started doing the analysis it made total sense, but it wasn’t what we would have expected,” said Matthew Eby, founder and executive director of First Street Foundation.

Nashville in Tennessee and Cincinnati and Columbus in Ohio are other moderately-sized, inland cities that are nevertheless at significant risk of flooding from nearby river overflows and extreme rainfall, according to Porter.

“You tend to think about the coasts, but it’s very important that we don’t ignore rivers and streams,” said Steven Rothstein of Ceres, a U.S.-based nonprofit working to reshape economic systems to address climate and other risks.

The study calculated the economic fallout from flood risk by projecting expected damage and repair time for buildings, in part by digging into detail such as which floor key equipment was located on.

Getting such information into the public sphere can help individual property owners looking to make changes to cut risks, said Ibbi Almufti, a structural engineer with the engineering firm Arup.

“Raising equipment out of the basement, for example, or hardening your exterior with flood walls" are among possible fixes, said Almufti, whose firm partnered with First Street Foundation on the report.

He said he was struck by the scale and growth of the anticipated threat and by rising damage in some particular U.S. locations.

For example, Bay City, Texas – about 80 miles south and west of Houston – was projected to see a 5.8% increase in the number of structures with damage over 30 years.

However, that small boost in numbers translated to a more than 900% increase in estimated economic damages over that period.

Cities and municipalities are taking note of the rising risks and in some cases relying on businesses to help them update their own modeling and risk projections.

Still, major unknowns – like how new infrastructure could cut risks – inject a degree of uncertainty into longer-term projections of risks, said Miyuki Hino of the University of North Carolina at Chapel Hill.

There is "really good reason why we don’t know what the flood hazard is going to be in 2070 or 2080," warned Hino, an assistant professor who studies flood risk and sea level rise.

Plenty of businesses are already acting on growing climate risks, with their own bottom line and business continuity worries in mind.

Some major corporate headquarters and facilities – including Roper Hospital in Charleston, South Carolina – have made plans to relocate to cut their climate-related risks.

But more vulnerable populations can end up getting crowded out by firms looking to cash in on the least flood-threatened land, in a process known as climate gentrification.

For example, sophisticated data modelers and investors have been "buying up all the properties in little Haiti in Miami because it is the highest elevation point and they know that’s going to be the most valuable real estate,” Eby said.

Flood data and risk calculations are continually evolving – but that can’t be an excuse for inaction on threats, Rothstein said.

"The risk is not, gee, do you have perfect data? I think the biggest risk is doing nothing.”