US House passes $3.5T budget plan in win for Biden 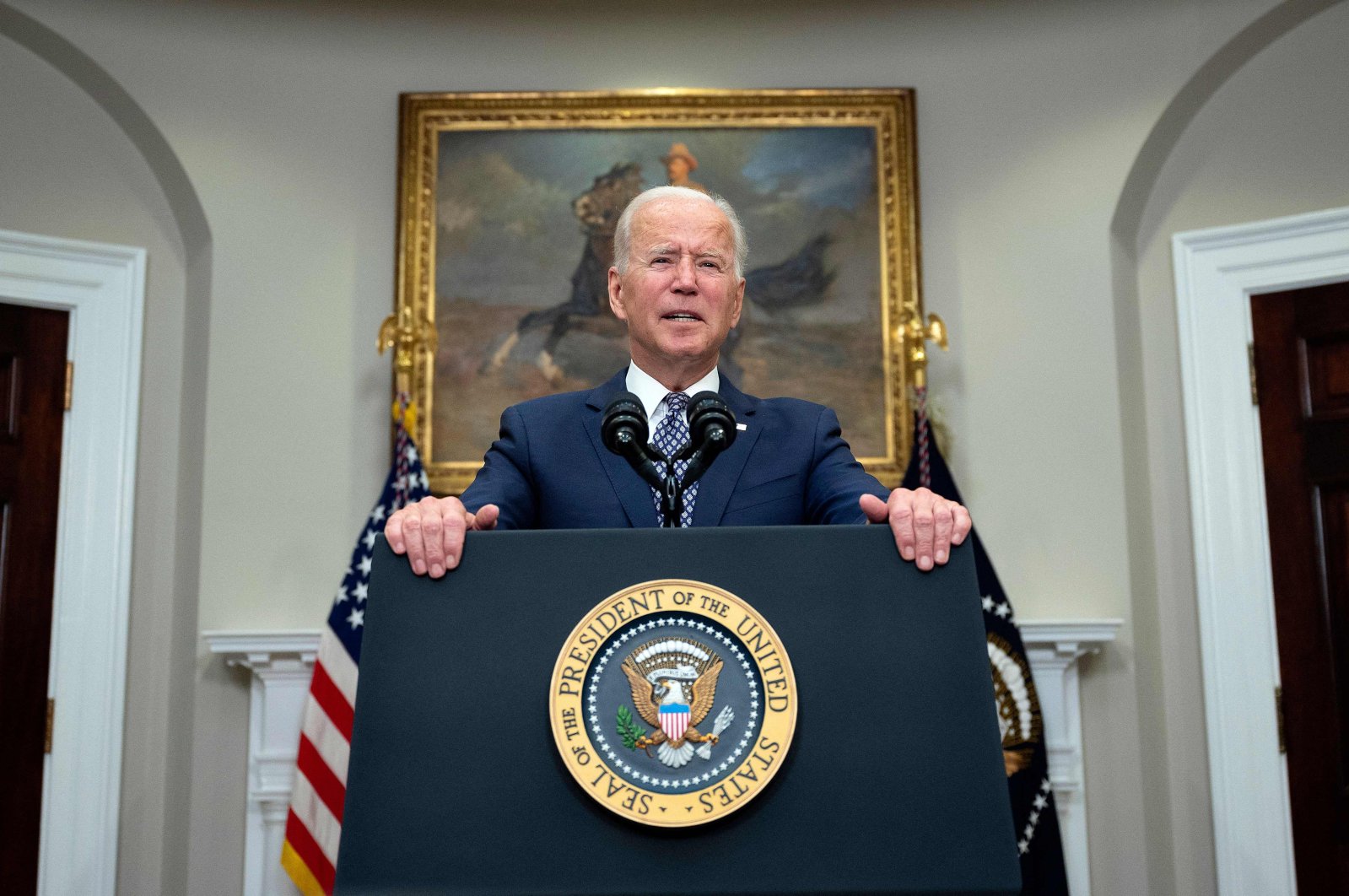 US President Joe Biden speaks about the ongoing evacuation of Afghanistan, on August 24, 2021, from the Roosevelt Room of the White House in Washington, DC. (AFP Photo)
by Anadolu Agency Aug 25, 2021 12:54 am
RECOMMENDED

The United States House of Representatives passed a $3.5 trillion budget blueprint Tuesday, ending an internal impasse among the chamber's Democratic majority and setting the stage for another legislative victory for President Joe Biden.

The 220-212 vote marks an initial step toward passing the massive spending bill that will require a united Democratic front to ensure the economic package clears the federal legislature. A group of centrist Democrats had threatened to withhold their support, which would have scuttled the measure in the House, where Democrats hold a narrow majority.

But House speaker Nancy Pelosi was able to strike an agreement between moderates and increasingly influential progressives in which she agreed to bring up for a vote a separate bipartisan $1.2 trillion infrastructure bill no later than Sept. 27.

In a sign of the uniform Republican opposition to the $3.5 trillion package, no GOP members lent their support Tuesday.

The $1 trillion "hard infrastructure" package already cleared the Senate on Aug. 11 with support from Democrats and Republicans who hope to improve roads, bridges and high-speed internet in their states. The centrists had wanted a vote on that package before taking up the much larger budget outline but agreed to the September deadline.

The Senate has already lent its approval to the budget outline.

With Tuesday's vote, Democratic lawmakers in both chambers can now embark on drafting the more comprehensive legislative proposal as they embark on what is known as a reconciliation process. That process allows them to sidestep an otherwise guaranteed Republican filibuster in the Senate.

Pelosi wants to see both bills clear Congress no later than Oct. 1.