US jobless claims at 4-month low, 20M on benefits under all programs 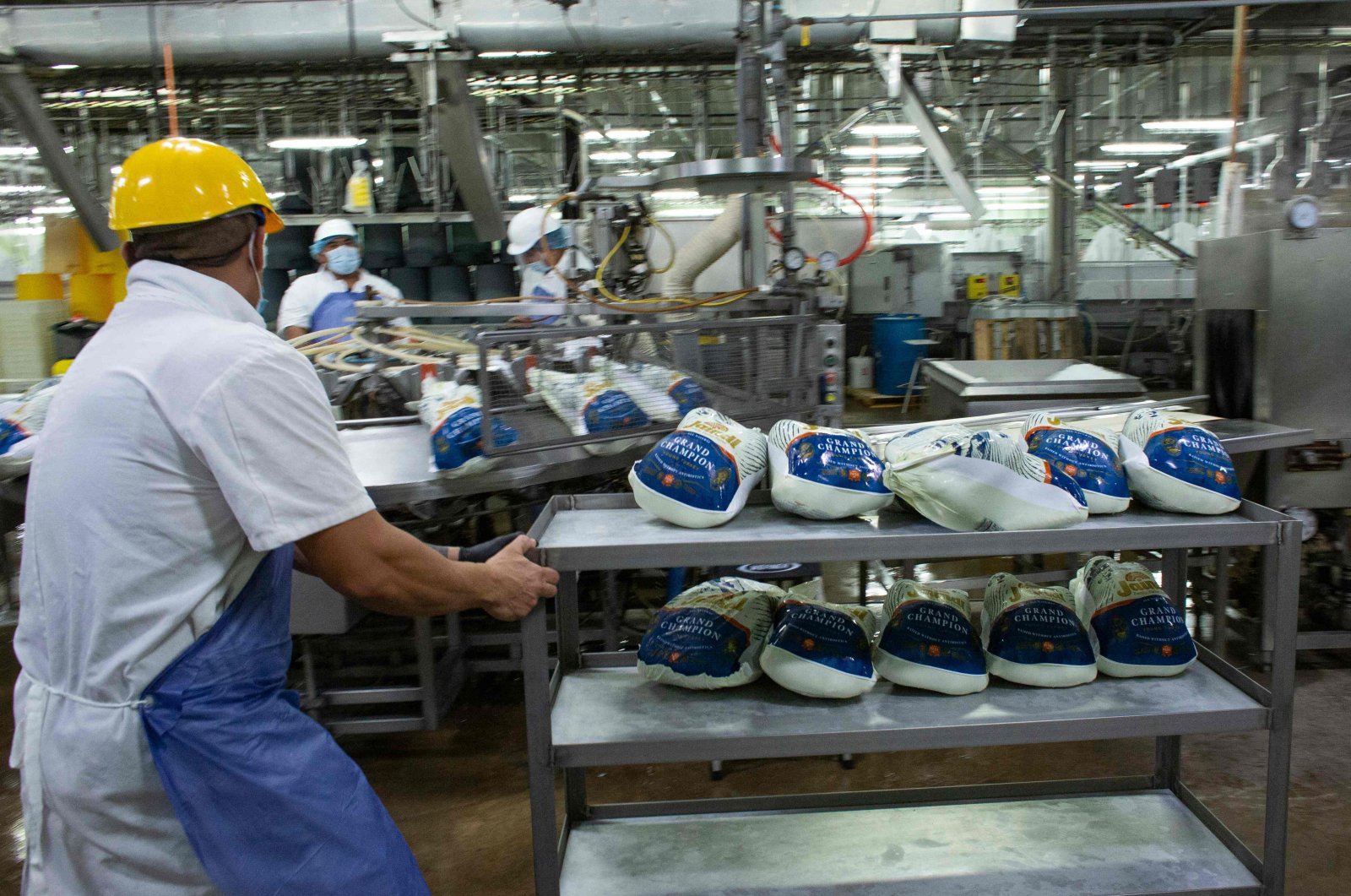 In this file photo taken on November 20, 2020, workers pack turkeys at a farm in Orefield, Pennsylvania, ahead of the Thanksgiving holiday. (AFP Photo)
by Reuters Mar 11, 2021 11:38 pm
RECOMMENDED

The number of Americans filing new claims for jobless benefits dropped to a four-month low last week as an improving public health environment allows more segments of the economy to reopen, putting the labor market recovery back on track.

Still, a full recovery from the deep scars inflicted by the COVID-19 pandemic will probably take years, with the weekly unemployment claims report from the Labor Department on Thursday also showing a whopping 20.1 million Americans collecting unemployment checks in late February.

"We're likely on the verge of much lower unemployment claims, but we're not there yet," said Robert Frick, economist at Navy Federal Credit Union in Vienna, Virginia. "Assuming COVID-19 infections and deaths continue to decline, we expect lower, and perhaps dramatically lower, claims this spring."

Initial claims for state unemployment benefits decreased 42,000 to a seasonally adjusted 712,000 for the week ended March 6, the lowest level since early November. Data for the prior week was revised to show 9,000 more applications received than previously reported. Economists polled by Reuters had forecast 725,000 applications in the latest week.

Unadjusted claims dropped 47,170 to 709,458 last week, amid declines in Texas, New York and Mississippi, where claims had been boosted in the prior period by harsh weather. But there was a big jump in claims in California.

Filings also rose in Ohio, which has been plagued by fraudulent applications. The state accounted for 18% of the claims filed last week, though it makes up only 3.7% of total employment.

"If these claims were genuine, more than 20% of Ohio workers lost their job in February," said Conrad DeQuadros, senior economic advisor at Brean Capital in New York. "Removing this distortion alone would lower the total number of claims in recent weeks for the U.S. by about 100,000."

Including a government-funded program for the self-employed, gig workers and others who do not qualify for the regular state programs, 1.2 million people filed claims last week.

New coronavirus infections have dropped for eight straight weeks, declining 12% last week, according to a Reuters analysis of state, county and CDC data. Vaccinations jumped to a record 2.2 million shots per day and virus-related deaths fell 18%.

That, together with nearly $900 billion in additional pandemic relief money advanced by the government in late December, fired up consumer spending and hiring in February after declining in December.

President Joe Biden signed his $1.9 trillion stimulus bill into law on Thursday, which he hailed as "rebuilding the backbone of this country."

The package will send fresh aid to small businesses as well as one-time $1,400 checks to mostly lower- and middle-income households. A government-funded $300 weekly unemployment supplement will be extended through Sept. 6.

Stocks on Wall Street rose, with the S&P 500 and the Dow indexes hitting all-time highs. The dollar fell against a basket of currencies. U.S. Treasury prices were lower.

Steady labor market recovery was underscored by other data from the Labor Department on Thursday showing job openings increased 165,000 to 6.9 million in January. Layoffs declined 136,000 to 1.7 million.

Still, there was only 0.68 job per unemployed person in January versus 1.23 jobs in February 2020. "The labor market remains far from a healthy place, but there are glimmers of hope in these numbers and others," said Nick Bunker, director of research at Indeed Hiring Lab. "If coronavirus cases continue to fall and the pandemic gets under control, the labor market can start to sustainably heal."

Employment is 9.5 million jobs below its peak before the pandemic barrelled through the United States in March 2020.

Jobless claims have dropped from a record 6.867 million in March 2020, but are still above their 665,000 peak during the 2007-09 Great Recession and could remain elevated because of the expanded unemployment benefits. In a healthy labor market, claims are normally in a 200,000 to 250,000 range.

"There is some risk in our view though that expanded unemployment, with benefits of an additional $300 per week, could keep the level of claims for unemployment benefits more elevated this year, as some workers could earn more on unemployment than in their previous jobs," said Andrew Hollenhorst, an economist at Citigroup in New York.

Regular state unemployment benefits averaged about $346 per week in January. Together with the weekly $300 subsidy, they add up to $646 per week or over $15 per hour for a 40-hour week.

The federal minimum wage is $7.25 per hour, though some states have higher rates.

The claims report also showed the number of people receiving benefits after an initial week of aid declined 193,000 to 4.144 million during the week ended Feb 27. The decrease largely reflected people exhausting their eligibility for benefits, limited to 26 weeks in most states.

About 5.455 million people were on the government-funded extended benefits program during the week ended Feb. 20, up 986,351 from the prior week. There number of people on unemployment benefits under all programs during that period increased by 2.087 million.

US-LIBYA-RELATIONS
KEYWORDS
us unemployment us economy us jobless claims