US jobless claims up 2 weeks in row as virus worsens 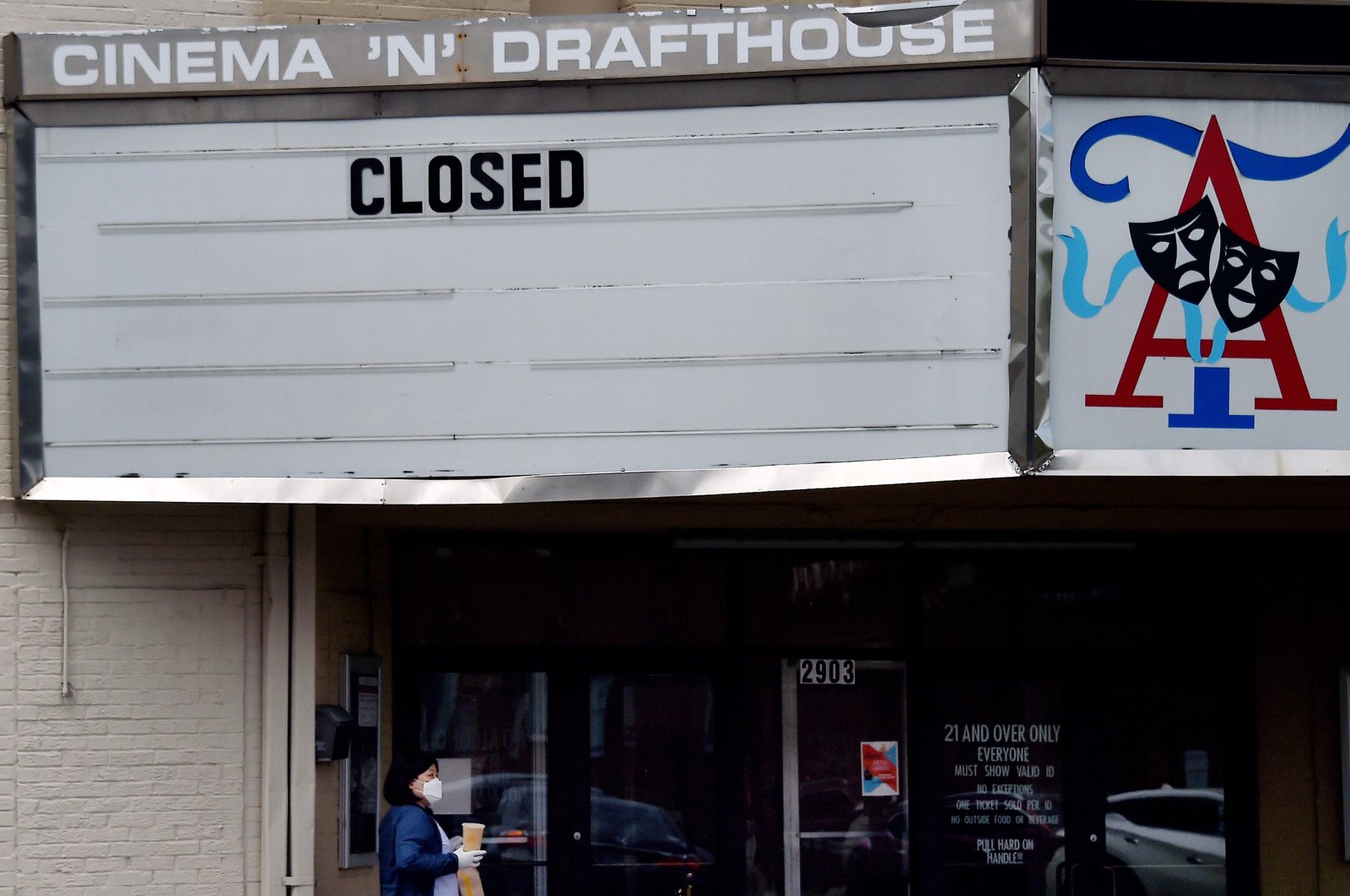 A woman walks past the closed Arlington Cinema and Drafthouse movie theater amid the coronavirus pandemic in Arlington, Virginia, May 13, 2020. (AFP Photo)
by ASSOCIATED PRESS Nov 25, 2020 5:42 pm
RECOMMENDED

The number of Americans applying for unemployment benefits rose last week for a second straight week to 778,000, evidence that the U.S. economy and job market remain under strain as coronavirus cases surge and colder weather heighten its risks.

The Labor Department's report Wednesday said that jobless claims climbed the 748,000 announced a week earlier. Before the virus struck hard in mid-March, weekly claims typically amounted to only about 225,000. They shot up to 6.9 million during March before dropping, yet they remain historically high more than eight months later, with many businesses unable to fully reopen.

The spike in virus cases is intensifying pressure on companies and individuals, with fear growing that the economy could suffer a “double-dip” recession as states and cities reimpose restrictions on businesses.

“With infections continuing to rise at an elevated pace and curbs on business operations widening, layoffs are likely to pick up over coming weeks,″ said Rubeela Farooqi, chief U.S. economist at High Frequency Economics. “Even as job growth is continuing, the labor market remains under stress and far from complete recovery.″

More Americans are collecting benefits under programs that were set up to cushion the economic pain from the pandemic. For the week of Nov. 7, the number of people collecting aid under the Pandemic Unemployment Assistance program, which offers coverage to gig workers and others who don't qualify for traditional aid, rose by 466,000 to 9.1 million.

In addition, the number of people receiving aid under the Pandemic Emergency Unemployment Compensation program, which offers 13 weeks of federal benefits to those who have exhausted state jobless aid, rose by 132,000 to 4.5 million.

All told, nearly 20.5 million people are receiving some type of unemployment aid. (Figures for the two pandemic-related programs aren't adjusted for seasonal variations.)

The intensifying pandemic is threatening to accelerate the pace of layoffs as more states and localities limit public gatherings and mandate fewer hours and smaller capacities for restaurants, bars and other businesses. Regardless of what governments do, many Americans are likely to stay home, and away from local businesses, until they feel safe again.

The Conference Board, a business research group, reported Tuesday that consumer confidence weakened in November, pulled down by lowered expectations for the next six months.

The data firm Womply says that 21% of small businesses were shuttered at the start of this month, reflecting a steady increase from June’s 16% rate. Consumer spending at local businesses is down 27% this month from a year ago, marking a deterioration from a 20% year-over-year drop in October, Womply found.

The heart of the problem is an untamed virus as the number of confirmed infections in the United States has shot up to more than 170,000 a day, from fewer than 35,000 in early September. The arrival of cold weather in much of the country could further worsen the health crisis.

Meanwhile, another economic threat looms: The impending expiration of the two supplemental federal unemployment programs the day after Christmas could end benefits completely for 9.1 million jobless people. Congress has failed for months to agree on any new stimulus aid for jobless individuals and struggling businesses after the expiration of a multi-trillion dollar rescue package it enacted in March.

Most economists warn that without more government aid, hardships will deepen for individuals, small companies and localities and states, which will likely have to slash services and jobs.

The expiration of benefits will make it harder for the unemployed to make rent payments, afford food or keep up with utility bills. Most economists agree that because unemployed people tend to quickly spend their benefits, such aid is effective in boosting the economy.

When the viral outbreak struck in early spring, it flattened the economy with stunning speed. Employers slashed 22 million jobs in March and April, sending the unemployment rate rocketing to 14.7%, the highest rate since the Great Depression.

Since then, the economy has regained more than 12 million jobs. Yet the nation still has about 10 million fewer jobs than it did before the pandemic erupted.