US rushes to fix clogged ports amid supply chain squeeze 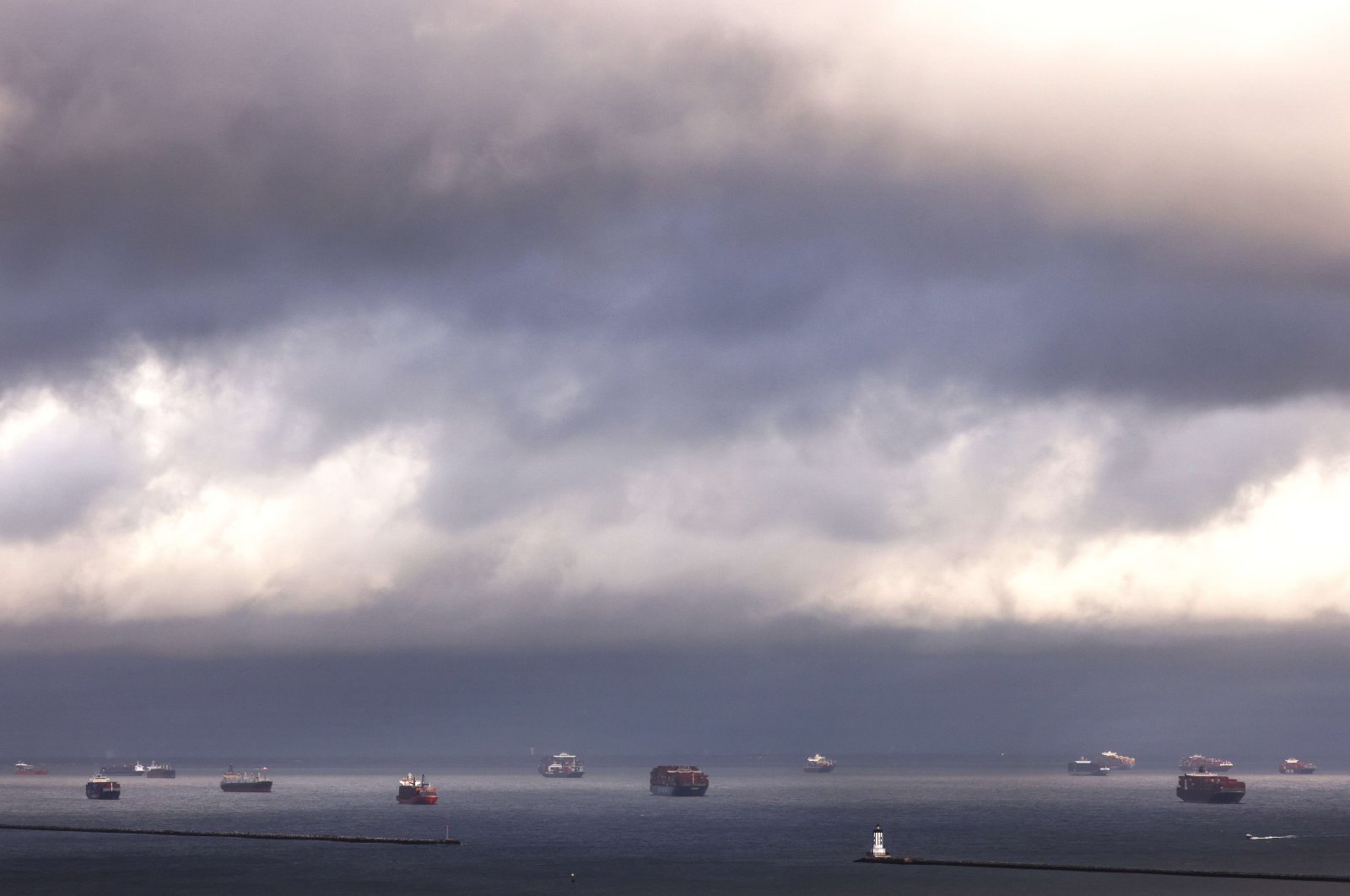 The Biden administration is relying on infrastructure dollars to help fix the clogged ports and blanket the nation with internet access – but a series of initiatives rolled out on Tuesday show that the urgent pace might not be fast enough to address the immediate needs of an economy coping with a supply chain squeeze and a shift to remote work.

President Joe Biden spoke with the CEOs of Walmart, Target, UPS and FedEx on Tuesday to discuss speeding up deliveries and lowering prices for consumers.

The key problem is the country’s ports are experiencing record volumes of shipping containers as the economy has recovered from the pandemic.

Biden received updates from the CEOs on how deliveries are being sped up to ensure that store shelves will be well-stocked this holiday season, according to a White House official.

“You’re going to be able to get to the store, get to the outlets you’re looking for, get the products you need, the gifts you want. That’s what we’ve been working on,” Biden said in the roughly 90-second video posted on Twitter.

“Target CEO Brian Cornell shared that we are ready to deliver a great shopping experience for guests this holiday season,” the company said in a statement, adding its inventory levels are well above last year’s and that it is processing more containers at night.

Yet the concrete policy steps being discussed by the Biden administration show that there is no quick fix to supply chain issues that are still hurting smaller businesses and causing consumers to face higher prices. Nor can the administration build out a national broadband network fast enough as more Americans are pivoting toward remote work.

Commerce Secretary Gina Raimondo highlighted at the White House briefing the $65 billion for broadband access in the $1 trillion infrastructure package that cleared the House on Friday. She said that jobs would be created and poorer Americans would receive “affordable” internet service, though she did not spell out a precise dollar amount on what the monthly bills could be.

The plan involves careful logistics that would take time to implement. Each state would receive at least $100 million to help lay fiber-optic cables and ensure its citizens can access the internet. This process would occur as jobseekers are increasingly requesting remote work where they can work from home on their computers.

“The president wants us to get it right,” Raimondo said. “And if it takes a little longer to lay the groundwork for fiber and broadband, then we’re going to do that.”

Similarly, the administration announced plans on Tuesday to identify and pay for possible upgrades to U.S. ports within the next 90 days – hoping to ultimately tamp down the inflation being caused by ships waiting to dock and a shortage of truck drivers to haul goods.

As the U.S. emerges from the coronavirus pandemic, the economic recovery has been hampered by congested and aging ports. The mix of inflation and the potential for empty store shelves during holiday shopping has created a sense of frustration for many Americans and has hurt Biden and Democrats politically.

Senior administration officials said Tuesday that the Transportation Department would allow port authorities to redirect any leftover money from grant projects to address the supply chain issues. For example, the Georgia Ports Authority will use $8 million to convert its inland facilities for the port of Savannah into container yards, freeing up dock space and speeding the flow of goods to their final destinations.

The officials spoke on condition of anonymity to discuss the forthcoming plans, which come on the heels of the House backing the bipartisan infrastructure package late Friday. The package includes $17 billion to improve coastal and land-based ports that can help to tackle the challenges in the longer term.

Biden’s team is moving straight ahead in promoting the possible benefits from the broader infrastructure package, though they’ve largely shied away from claiming that Americans could see clear and demonstrable changes to their lives before the 2022 midterm elections. The focus, instead, has been on how the spending on roads, bridges and broadband will help the U.S. economy compete against the rest of the world.

The president in remarks to Democratic supporters on Tuesday signaled that he will look to remind voters in the months ahead of the infrastructure win. He noted “the last president” promised to pursue legislation but failed to deliver.

“So it was left to us,” Biden said at the virtual event hosted by the Democratic National Committee. “We got the job done.”

Administration officials said the ports initiatives being announced Tuesday would make the supply chain faster, more efficient and environmentally friendly in the medium to longer term.

Biden will highlight the administration’s efforts by visiting Baltimore’s port on Wednesday. It’s part of a broader effort to show that the administration will tackle the inflation that has left Americans feeling more pessimistic about the economy. Updated figures for the consumer price index will be released Wednesday, with the previous report showing prices were 5.4% higher than a year ago.

The Baltimore trip is designed to highlight the types of investments that the administration believes will help unclog the supply chain. The port in Baltimore is adding container cranes and a 50-foot berth where ships can be unloaded. The administration has also approved grants so that the Howard Street Tunnel – a train artery that opened in 1895 – can be expanded to ferry double-stacked containers on railcars.

The Biden administration earlier helped broker an agreement to increase the hours of operation at the Port of Los Angeles, but it's been difficult to immediately fix this challenge.

Additional steps include launching a $240 million grant program in the next 45 days to modernize ports and marine highways. Within 60 days, the government wants to identify repair projects and opportunities to deepen harbors for larger ships that can be a guide for more than $4 billion in construction by the Army Corps of Engineers.

The government will also look over the next 90 days at which ports of entry should be upgraded and expanded as part of a $3.4 billion investment. It also plans within 90 days to open the first round of more than $475 million in grants for ports made possible through the newly passed infrastructure package.

The Transportation Department intends to publish a playbook for states on freight movement and issue guidance on best practices so that the value of the infrastructure investments can be maximized. There will also be a request for information by the Transportation Department to improve data collection and sharing to improve the efficiency and transparency of the supply chain.