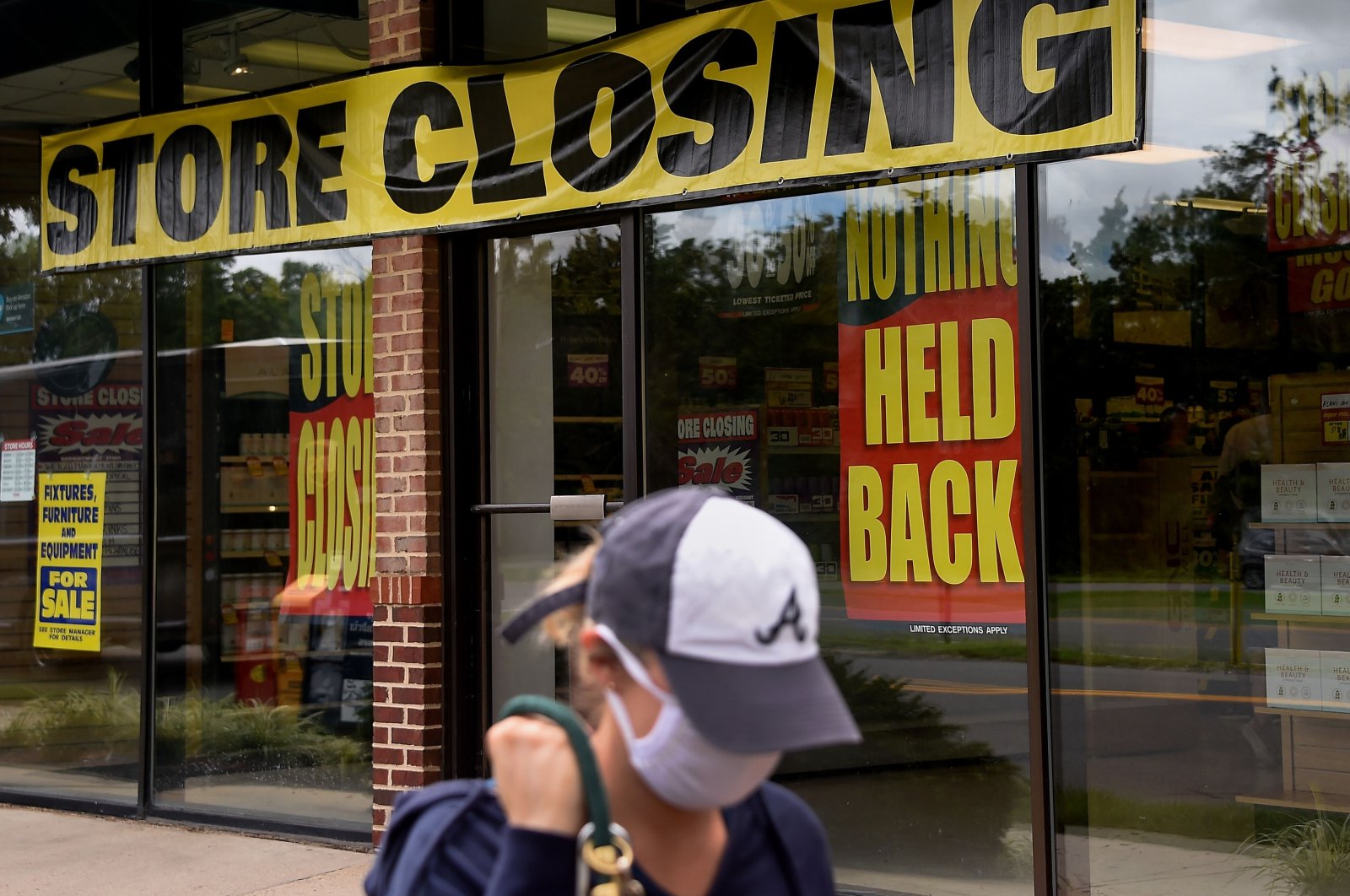 The decline in jobless claims suggests layoffs are slowing, though last week’s figure still exceeds the pre-pandemic record of 700,000; however, there is a glimmer of hope with the rate of newly confirmed COVID-19 cases dropping in recent weeks

The number of laid-off workers applying for unemployment aid in the United States fell below 1 million last week for the first time since the pandemic intensified five months ago yet still remains at a high level. The viral pandemic keeps forcing layoffs just as the expiration of a $600-a-week federal jobless benefit has deepened the hardships for many.

The Labor Department said applications fell to 963,000, the second straight drop, from 1.2 million the previous week. The decline suggests that layoffs are slowing, though last week's figure still exceeds the pre-pandemic record of just under 700,000.

The shutdowns meant to fight the pandemic and the reluctance or inability of many people to shop, travel or eat out continue to weaken the economy and force companies to cut staff. Twenty-three states have paused or reversed their business reopenings. In a hopeful sign, the rate of newly confirmed viral cases has declined in the past couple of weeks, though it remains far above the rates that prevailed in May and June.

All told, fewer people are also continuing to receive state jobless aid. That figure dropped to 15.5 million from 16.1 million the previous week.

For months, the unemployed had also been receiving the $600 a week in federal jobless aid on top of their state benefit. But the federal payment has expired, and negotiations in Congress to extend that benefit, likely at a lower level of payment, have collapsed in rancor.

The supplemental federal aid had enabled many jobless Americans to afford rent, food and utilities, and its expiration threatens to weaken consumer spending and further slow the economy. Unemployment benefits have accounted for roughly 5% of the national income since April, a larger share than even Social Security. The loss of the $600 has shrunk benefits for the average recipient by one-half to three-quarters.

Michelle Meyer, an economist at the Bank of America Merrill Lynch, said the loss of the additional aid will reduce Americans’ incomes by $18 billion a week.

“That’s a big hit to purchasing power,” she said.

Last week, President Donald Trump issued an executive order that would provide $300 a week in federal aid to the jobless to replace the expired $600-a-week benefit. But experts say it would take weeks for the states to implement that payment. Industry groups and Republicans claimed that the $600 weekly supplement was encouraging some unemployed people to stay home.

Many economists rejected the argument and credited the supplement for the economy's nascent recovery from a recession triggered by the coronavirus outbreak. A government-funded program offering businesses loans to help with wages has also lapsed.

In addition to people who applied last week for state benefits, nearly 489,000 others sought jobless aid under a new program that has made the self-employed and gig workers eligible for the first time. That figure isn’t adjusted for seasonal trends, so it’s reported separately.

But including that group, the Labor Department says 28.2 million people are receiving some form of unemployment benefits, though that figure may be inflated by double-counting by some states.

For states to set up systems to distribute a new $300 federal jobless benefit, their labor departments would need more guidance from the federal government, noted Michele Evermore, a senior researcher at the National Employment Law Project. The money, which is supposed to come from a federal disaster relief fund, would likely require states to hire more people and possibly contract with software vendors to establish a system to process the payments, Evermore said.

“I can’t imagine that this goes up in less than a month anywhere,” she said.

After the pandemic hit, Congress approved a $2 trillion aid package. Among other things, it provided the $600-a-week benefit and made self-employed and gig workers newly eligible for unemployment aid.

Both programs required the states to create new processing systems while handling a crush of benefit applications. That influx resulted in huge backlogs and left millions of the unemployed frustrated by their inability to access benefits. Washington state, for one, eventually called in National Guard troops to help process applications.

In the meantime, with confirmed virus cases still high, it’s not clear when business owners will be able to reopen or will have enough customers to rehire.

Grace Della is one of them. She opened her food tour business in Miami a decade ago with $300 from her mother. On weekends, she led the tours herself and eventually built up a business with 13 tour guides, averaging 10 tours a day through culinary hot spots in South Beach and Little Havana.

Yet with the risk of infection still high and with scant customer demand, it’s been more than four months since Miami Culinary Tours have taken out guests, and Della, 46, says she doesn’t expect to call her employees back in anytime soon.

She hopes to reopen later this month but isn’t sure she can, given the state’s high level of confirmed infections. Della said she tries to stay positive but confesses to moments of crippling fear. At one point, hyperventilating with anxiety, she contacted firefighters.

“There’s no money coming in,” Della said. “We’re all scared.”