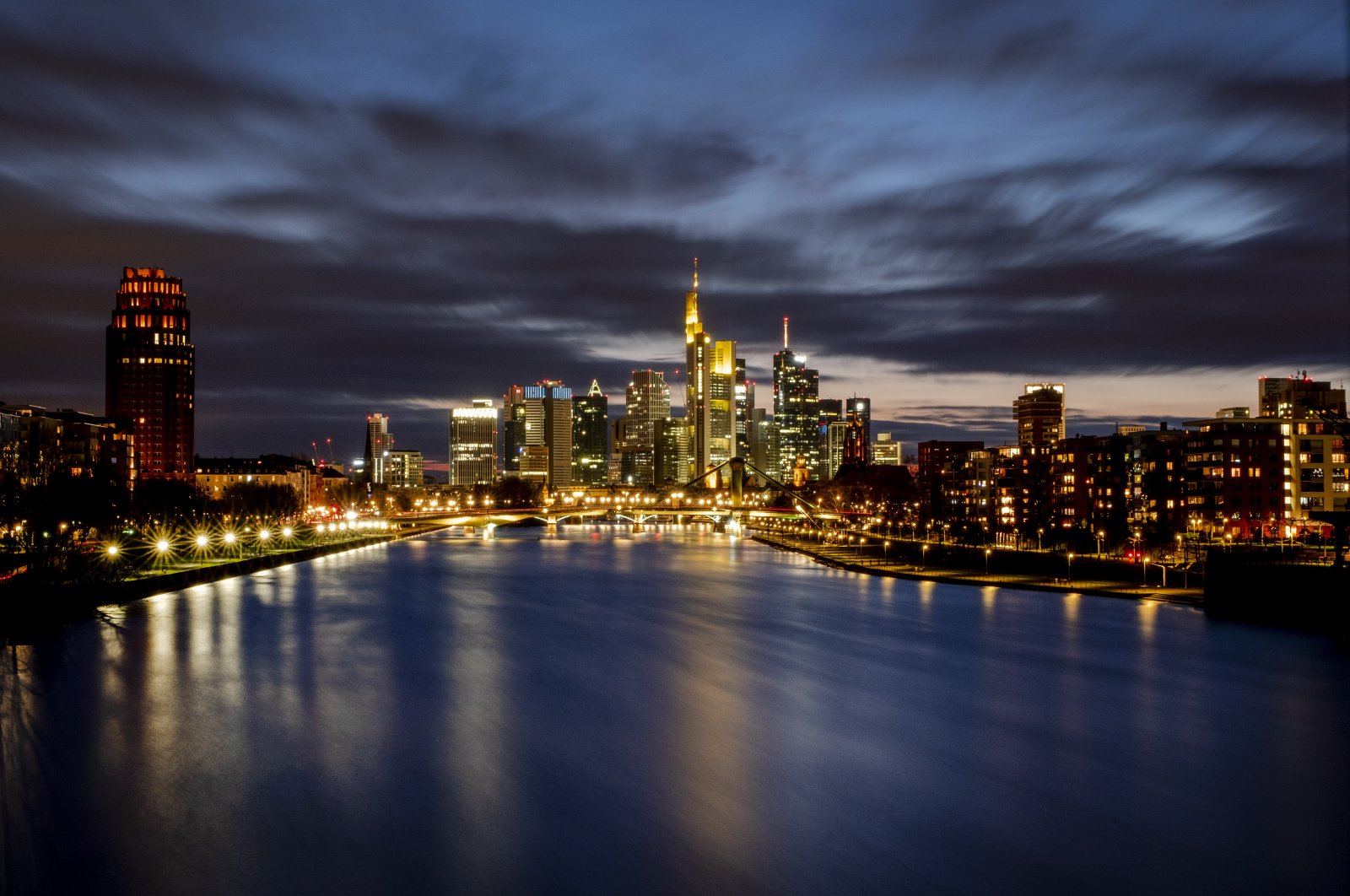 The slump in European business activity far exceeds even that seen at the height of the 2008 global financial crisis and confirmed what economists and governments had been bracing for: a dramatically abrupt tailspin into a certain recession

The eurozone economy suffered an “unprecedented collapse” in business activity in March as the coronavirus pandemic intensified and nations locked down to curb the spread of the disease, shuttering businesses, shops, restaurants and offices, according to indicators released Tuesday.

The provisional purchasing manager’s index (PMI) survey by analysis company IHS Markit confirmed what economists and governments had been bracing for: a dramatically abrupt tailspin into a certain recession.

But the figures were even worse than many had expected.

The provisional data showed a slump in activity in the 19-nation eurozone in March "far exceeding that seen even at the height of the global financial crisis," IHS Markit said in a statement.

Its PMI index for this month dived to 31.4 points – by far the biggest one-month fall since the survey began in mid-1998 and below all forecasts. A reading below 50 points indicates a contraction. In February, the index had stood at 51.6.

In France, services activity fell to a record low, and manufacturing saw its steepest drop since the global financial crisis more than a decade ago.

A PMI for the services sector in Germany, Europe's largest economy, showed a record contraction in activity, while sister surveys showed Britain's economy shrinking at a record pace.

IHS Markit said the March figures suggested the eurozone economy was shrinking at a quarterly rate of around 2%, and the escalation of measures to contain the virus could steepen the downturn.

Major economies Italy, France, Germany and Spain are all deeply affected and have implemented severe social and business restrictions to try to slow the virus's spread, by keeping potential carriers at home.

The eurozone's economic struggle was worsened by some EU member states closing off their borders to neighbors, limiting the flow of goods and people within the single market.

EU countries are starting to deploy massive state spending and loan guarantees to prop up businesses and employment, with the EU dropping its strict rules on budget deficits. But that mitigation effort is yet to be felt.

The IHS Markit survey showed the services sector was being pummeled the worst, sliding to well below where it was at during the 2009 global financial crisis.

Manufacturing was also hit, supply chains were being badly degraded, and there was "a record fall in export business as cross-border trade flows seized up".

Employees are being let go at the fastest rate since June 2009.

IHS Markit noted "record degrees of pessimism about the year ahead seen in both manufacturing and services."

"Clearly there's scope for the downturn to intensify further as even more draconian policies to deal with the virus are potentially implemented in coming months," its chief economist Chris Williamson said.

Economic analysis firm Capital Economics said the PMI collapse was "so sharp that at any other time it would look like a spreadsheet error."

It said "April's data could be even worse," predicting the eurozone's 2020 first-quarter GDP could plunge by at least 3 percent from the last three months of 2019.

"That would be similar to the sharpest quarterly fall in GDP during the global financial crisis," it said.

The startlingly bad PMI indicator heaped more pressure on eurozone finance ministers, who were expected to meet via video link later Tuesday to consider coordinated ways to blunt the economic fall-out from the pandemic.

'Ground to a halt'

Analysts at bank ING said the IHS Markit survey "paints a picture of an economy that has ground to a halt."

But while it demonstrated the wide and sudden impact of the coronavirus, it "doesn't tell us much about the depth of the decline." ING added: "It's still anyone's guess how deep this actually is.

"The question is how much policymakers can soften the blow. Perhaps most relevant is how much unemployment and bankruptcies can be avoided to determine the possible steepness of a recovery."

Berenberg Economics chimed in by saying that "the short-term hit to GDP from the coronavirus recession will most likely be more severe than the initial phase of the financial crisis."

It noted a similar dive in Britain, which was never part of the eurozone and is no longer an EU member, where the PMI index slumped from 53.0 last month to 37.1 this month.

It also said the eurozone collapse echoed what was seen in China last month when the pandemic that started there bit deepest. China's economy, it noted, was showing tentative signs of recovery.

Another economic analysis firm, Pantheon Macro, said it expects businesses are "eyeing a gradual improvement starting at some point in Q2 (the second quarter)" but warned that if the slump extended into that period, it would be "bad news.”

Even with a slight amelioration in view, companies were "aggressively" cutting staff, which meant unemployment figures in the next few months "won't look pretty.”

Business activity also collapsed at a record pace in March in many other parts of the world, including in Australia and Japan, as measures to contain the coronavirus hammered the world economy.

The data for the U.S., which was expected later Tuesday, was also predicted to be just as dire.

After an initial outbreak in China brought the world's second-largest economy to a virtual halt last month, an ever-growing number of countries and territories have reported a spike in infections and deaths.

Entire regions have been placed on lockdown, and in some places soldiers are patrolling the streets to keep consumers and workers indoors, halting services and production and breaking global supply chains.

Mirroring the emptying of supermarket shelves around the world, indebted corporations have rushed into money markets to hoard dollars, with a global shortage of dollar funding threatening to cripple firms from airlines to retailers.

PMI surveys from Japan showed the services sector shrinking at its fastest pace on record this month and factory activity contracting at its quickest in a decade.

This was consistent with a 4% contraction in 2020, Capital Economics senior economist Marcel Theliant said. The postponement of the Tokyo Olympics is expected to deal a heavy blow to the world's third-largest economy.

The International Olympic Committee (IOC) along with Japanese Prime Minister Shinzo Abe and local organizers yesterday said they have decided that the Tokyo Games cannot go ahead as scheduled this year because of the outbreak. The IOC said the games will be held “not later than summer 2021,” but they will still be called the 2020 Tokyo Olympics.