'We're scared': Lebanon on edge as time and money run out 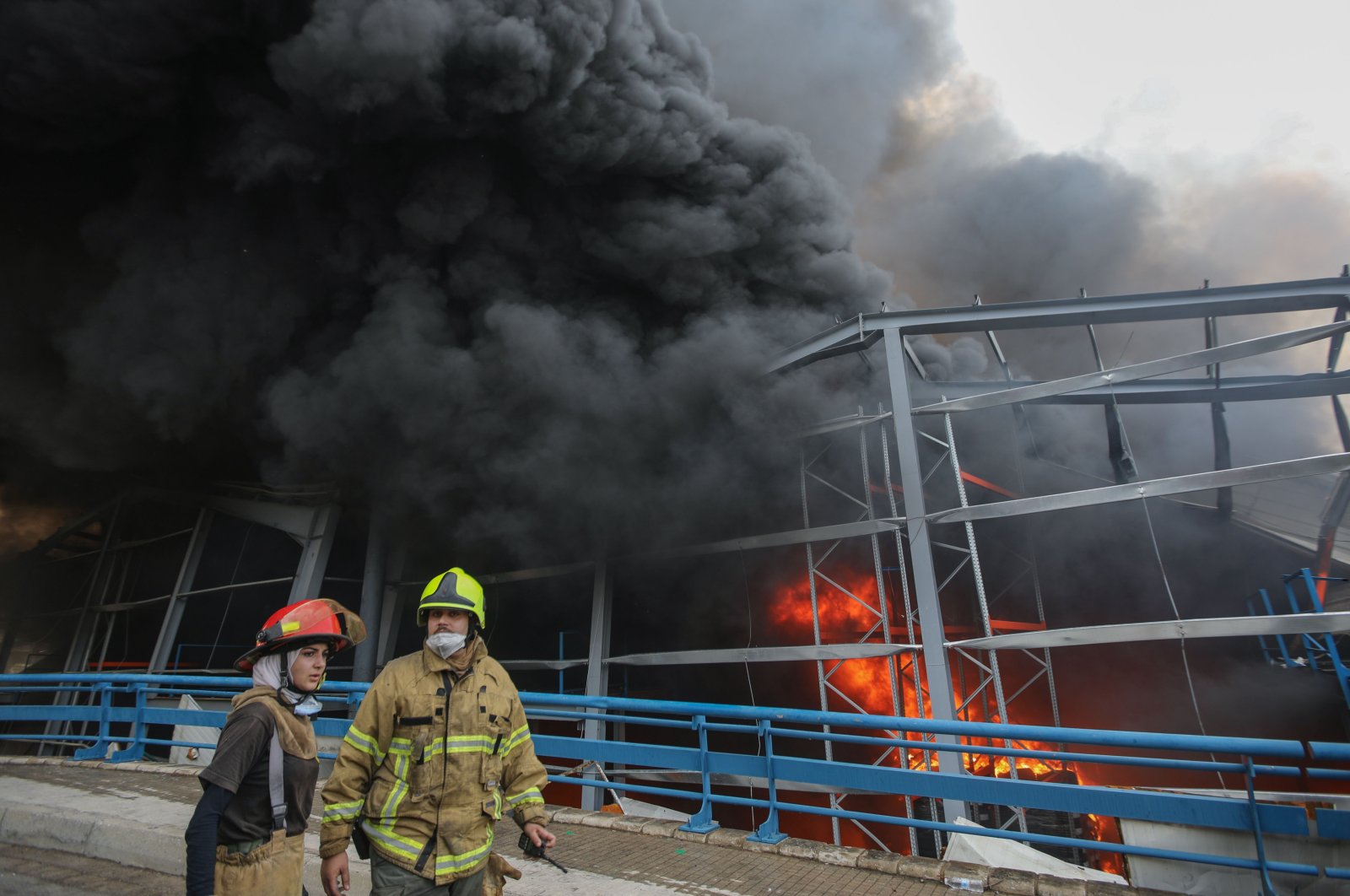 Members of the Lebanese Civil Defence firefighting department work on the site of a fire that erupted in Beirut's port on Sept. 10, 2020. (AFP Photo)
by REUTERS Oct 09, 2020 2:20 pm
RECOMMENDED

Fouad Khamasi fills his taxi every day with about 40,000 Lebanese pounds' worth of fuel. It could cost at least four times that much if subsidies come to an end.

The Beirut cab driver, 53, can just about afford to buy fuel and feed his kids. He worries the price of subsidized foods and key imports – wheat, fuel, medicine – will skyrocket.

"These are the toughest days I've ever seen," he said. "Some days, you stick your hand in your pocket and find nothing ... I leave the house and just pray. Whatever I make, it does nothing. It's a joke."

Time and money are running out for Lebanon.

Foreign reserves have dropped far below what the state already deemed "dangerous levels" when it defaulted on its huge debt in March, meaning it cannot afford to keep subsidies for long.

Leaders in power for decades have yet to enact a financial rescue plan, a year after huge protests against them swept the country, and they have failed to secure aid from foreign donors.

Talks with the International Monetary Fund (IMF) stalled earlier this year when Lebanese government officials, bankers and political parties could not agree over how big the losses were in the financial system and who should bear them.

After a massive explosion at Beirut's port in August that killed nearly 200 people and caused billions of dollars worth of damage, former colonial power France stepped in.

But rival sectarian politicians could not get past the first hurdle on the French roadmap towards financial aid: naming a new cabinet quickly.

The currency, which has lost more than 80% of its value against the U.S. dollar since last autumn, weakened after the French effort faltered.

Meanwhile, comments from officials indicating an end to some subsidies within months have triggered panic buying, raising the specter of food shortages and a more dramatic crash in the currency.

In the nation of some 6 million people, more than 55% of whom are below the poverty line, many are bracing for hunger and cold as winter looms.

"Everything that happened since last October could have been avoidable," Nasser Saidi, a former vice central bank governor, told Reuters.

He said targeted aid to the poorest Lebanese would be more effective than subsidies across the board, which had benefited smugglers taking goods into Syria.

"It's all kicking the can down the road. What should have been done is a full economic and financial plan," Saidi said.

Importers of key commodities said they had not been given a timeline to plan for how long subsidies could last.

Central Bank Governor Riad Salameh has said the bank could not finance trade indefinitely, although he gave no timeframe. President Michel Aoun said recently of reserves: "The money will run out. What can we say?"

An official source close to the government told Reuters the money left for subsidies would last six more months by cutting support for some goods.

The state, which critics say is mired in corruption, and the paralyzed banking sector, its biggest creditor, have traded blame for the crisis.

Meanwhile, the wealth gap, already one of the region's largest, widens. In a country that relies heavily on imports and produces little, prices for many items including diapers have tripled.

In Beirut, men and women, some with young children, can often be seen digging for food in dumpsters near city intersections.

Two months after the port blast, Lebanese expect life to get even harder.

Many families now rely on charity. The meltdown could render people more dependent on political factions for aid and security, in a throwback to the militia days of the civil war.

Some analysts have warned that security forces, their wages fast losing value, would not be able to contain rising unrest.

"We're scared we won't be able to go on," said Siham Itani, a pharmacist who fears price hikes and being robbed. She said supplies of insulin and blood pressure medication had dwindled.

Another pharmacist said a masked man had held her up at gunpoint, asking for baby food.

Mostafa al-Mohalhal, who at 62 suffers from diabetes, stored four insulin vials in his fridge, but the daily power cuts spoiled them.

"If the price rises, how will I pay for them?" he said. "People will die in the streets."