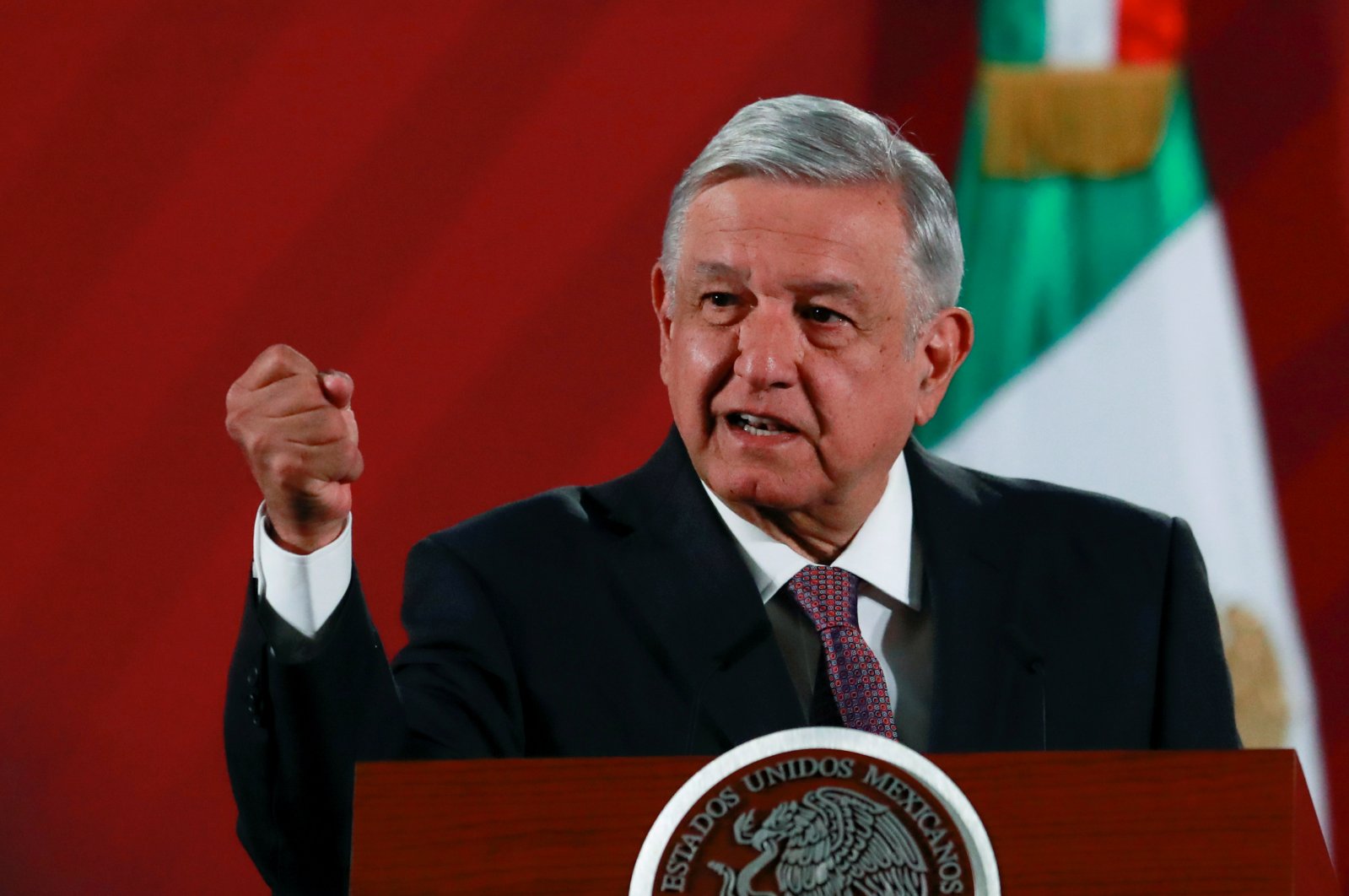 The biggest supply cut ever contemplated by the world's top oil producers is hanging in the balance as a refusal by Mexico's leftist leader to imperil his plans to rebuild state oil company Pemex has angered the Saudi prince who helped craft the deal.

For the past three days, Mexico has kept the oil industry on tenterhooks by resisting Saudi pressure to sign up for global cuts worth nearly a quarter of output for participating countries, aimed at reviving prices from their lowest level in decades.

Prices have collapsed as the coronavirus outbreak has shuttered economies around the world and destroyed demand for fuel.

The refusal by Mexican President Andres Manuel Lopez Obrador to compromise his plan to revive Pemex by agreeing to steep cuts has shone the global spotlight on Mexico as he prioritizes his domestic agenda over the collective interests of the world's largest oil producers.

Determined to shore up the money-losing and heavily indebted Petroleos Mexicanos, as Pemex is officially known, Lopez Obrador offered only a cut of 100,000 barrels per day (bpd), rather than the 400,000 bpd the group of global producers sought.

In a compromise hammered out with U.S. President Donald Trump, Lopez Obrador said Friday that the United States had offered to cut an additional 250,000 bpd on Mexico's behalf, bringing them close to the target.

However, Saudi Arabia, the heavyweight of global oil diplomacy, has balked at that and dug in its heels, despite some other producers from the Organization of the Petroleum Exporting Countries (OPEC) and their allies, known as OPEC+, calling for the cuts to go ahead regardless.

Lopez Obrador, a staunch advocate of nonintervention in other countries' affairs, defended his stance on Friday, harking back to a time Mexico was "strong" and "self-sufficient" in oil.

"There were stories in the papers trying to blame us, that there wasn't a deal because of us," the 66-year-old president told reporters, adding that Mexico could not afford the 23% production cut asked of it but had offered 5.5%. "Mexico is doing its bit."

The Mexican president's insistence on the importance of rescuing Pemex was crucial in the arguments he used to persuade Trump to help out, a senior Mexican official told Reuters.

"If OPEC+ accepted this and everybody who doesn't like the numbers can just withdraw or leave, then we are in for a really bad time," said one OPEC source. The source also said Nahle, who only last month signed up to smaller planned cuts, was intransigent over the proposed reductions.

For producers, the cuts are bitter but necessary medicine for low prices. Iraq is relying on oil revenue to rebuild after years of brutal internal conflict, and yet committed to reductions of 1 million bpd.

Some delegates accused Nahle of hanging up on the other ministers during the video conference, but she pushed back against that on Friday, saying in a Mexican radio interview she had been "respectful of the other countries" and that each government had to consider its own capacity.

"We all lose in this situation: The producing countries lose and even the consumers do too," she said.

At the heart of the debate has been the reference production level used by Mexico, which for this year has hedged its oil output at $49 per barrel, well above current prices, said one source. It will lose revenues if forced to make cuts.

Delegates tried various ways to get around the issue, but in the end Saudi Arabia "was inflexible," said one OPEC source.

On Friday, Prince Abdulaziz told Reuters the future of the deal hinged on Mexico joining the cuts. The Saudi government was not immediately available for comment on Saturday.

Saudi Arabia has for years complained it has to bear the brunt of global output cuts to prop up prices even as other countries have increased production. The desert kingdom is also currently chair of the G-20.

Other top oil producers have signaled the U.S.-Mexico arrangement is no hindrance to getting an agreement, with the United Arab Emirates and Algeria saying on Saturday a workable deal had been reached.

Moscow does not mind how the output cut share will be split between Mexico and the United States and considered the deal to be already done, a Russian source said.

Some diplomats in Mexico City were baffled Lopez Obrador had struck a deal with Trump, who has been a thorn in the side of Mexico on trade and migration since he took office.

Without offering details, Trump said Mexico would reimburse the United States at a later date, although it is unclear how the deal would work. The diplomats agreed that Mexico would likely pay a price in the future.

The Mexican president's commitment to Pemex has given him a nationalist flag to fly, but energy experts are doubtful he has the means to significantly turn around the company's fortunes.

Lopez Obrador's plans have put him out of step with the world's energy sector in other ways. His government announced investment plans for Pemex last week, even as the world's biggest private and state-run energy firms slashed their spending plans by an average of about a third.

Even some veterans of the Mexican left who lived through the expropriation of U.S. and British oil assets in 1938 that led to Pemex's creation think he has placed too big a bet on it. Those who know him well do not think he will back down.

"(Oil) was the banner he flew for years to get to the presidency," said Polimnia Romana Sierra, a longtime close aide to Lopez Obrador. "I don't think he'll let up."