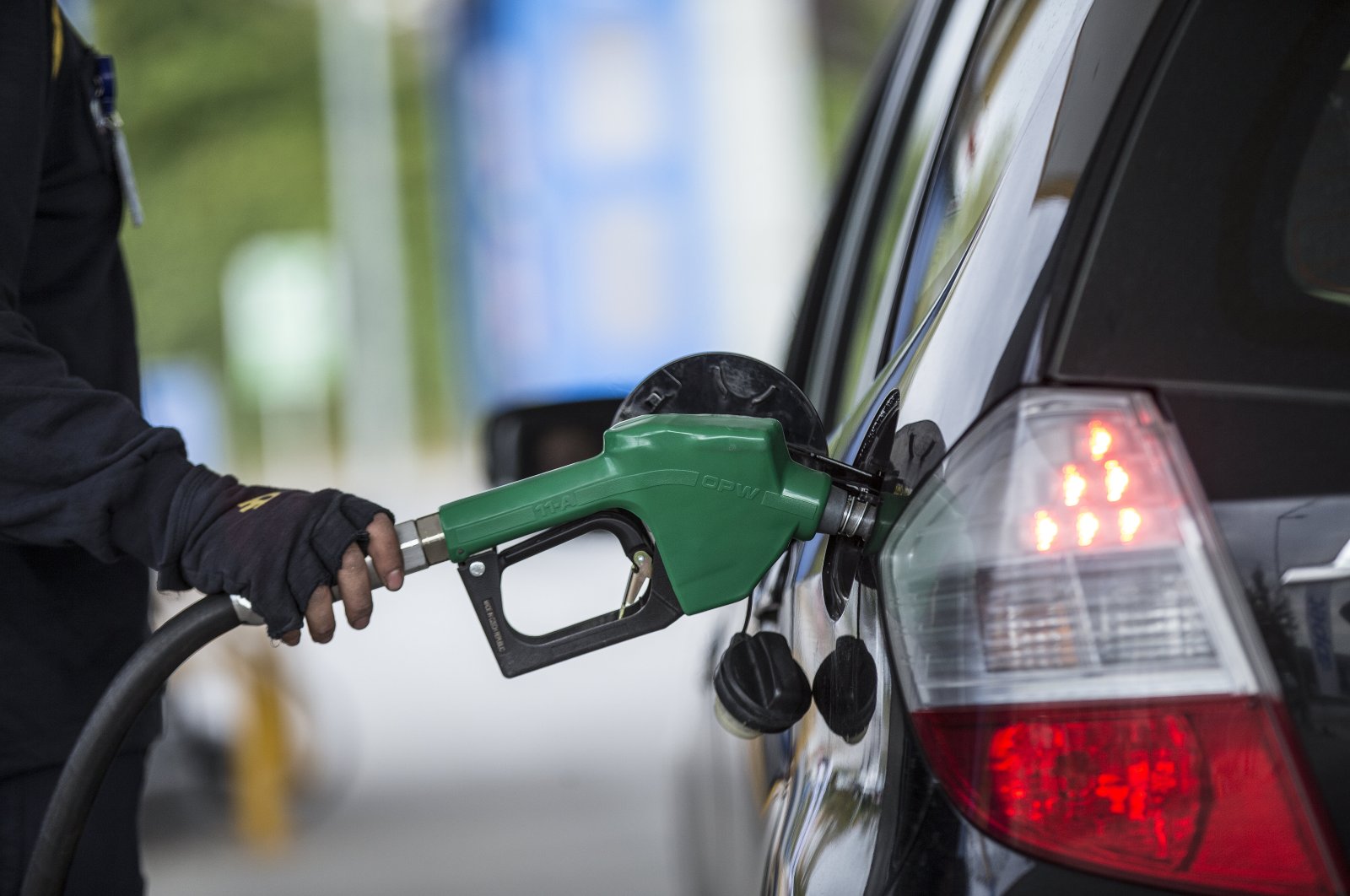 The sharp rise in sales comes after the country announced discounts of TL 0.60 per liter on gasoline and TL 0.55 per liter on diesel fuel. (AA Photo)
by Daily Sabah with AA Mar 24, 2020 1:00 pm
RECOMMENDED

Gasoline and diesel sales in Turkey reached a record daily high of over 81 million liters (21.4 million gallons) in March, triggered by the coronavirus-induced panic buying and the ongoing price battle between Saudi Arabia and Russia that is flooding markets worldwide with cheap oil.
According to data released by the employers Union of Energy Petroleum Gas Supply Stations (EPGİS) Tuesday, the industry broke its sales record with daily diesel sales reaching 70 million liters and gasoline sales surging to 10.9 million liters on March 11, when Health Minister Fahrettin Koca announced the first coronavirus case in Turkey.
The high sales continued on March 12 with diesel sales totaling 65.3 million liters and gasoline sales standing at 8.8 million liters, the EPGİS data showed.
The sharp rise in consumption came after the country announced discounts of TL 0.60 per liter on gasoline and TL 0.55 per liter on diesel fuel on March 10 due to the price war between Riyadh and Moscow.
EPGİS President Fesih Aktaş said the market has settled up with a daily average of 55 million liters of diesel and 8 million liters of gasoline sales two weeks after breaking the record.
Aktaş said the record-breaking sales on March 11 most likely resulted from panic buying, as it coincided with the announcement of the first COVID-19 case in Turkey. “Compared with our average daily sales, there had been a 27% increase in diesel sales, and gasoline sales surged by 40% on March 11.”
However, Aktaş warned that the market has experienced a drop in demand in the last week due to more people staying at home due to the outbreak. He added that the downstream industry should be among the sectors included in the government’s financial support package to minimize the coronavirus impact on the economy.
The plunge in oil prices started on March 8 after Saudi Arabia and Russia reached an impasse in negotiations to extend supply curbs to support the market. Following the breakdown of talks, the de facto leader of the Organization of the Petroleum Exporting Countries (OPEC) announced plans to increase supply to a record 12.3 million barrels per day (bpd) and cut the official selling price for its oil by several dollars per barrel.
The lower price of Brent crude oil and natural gas may benefit energy-dependent countries such as Turkey. Considering that it imports virtually all of its oil and natural gas, economists said the sell-off could keep a lid on the country’s inflation and current account deficit. If oil remains at current levels through year-end, Turkey’s current account deficit is expected to be $10 billion lower under normal price conditions.