Denmark aims for $5.8B trade volume with Turkey via green energy 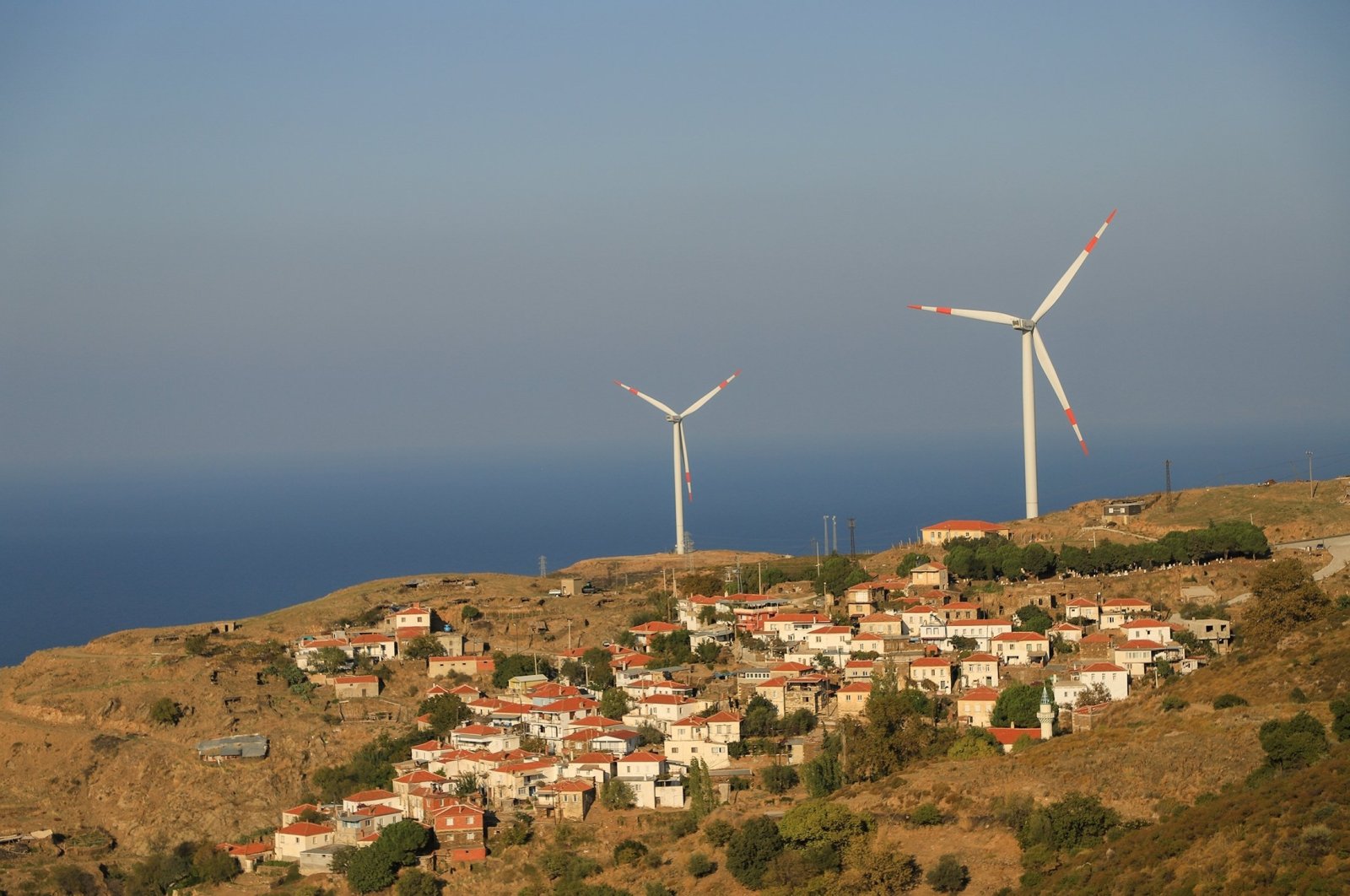 Denmark and Turkey have set an ambitious goal for economic development and cooperation to reach 5 billion euros ($5.8 billion) in bilateral trade, and green energy is one of the hot sectors helping to achieve it, the Danish ambassador to Ankara said Tuesday.

The green energy sector has actually developed in recent years, the ambassador stated and explained that the green transition energy sector in Denmark has created jobs four times faster than in the private sector.

Despite its small size, Denmark can be called a "superpower" in wind energy and in other renewable energy technologies, innovation and installation, the ambassador said and added that many Danish companies in green sectors are eager to invest in Turkey.

Turkey ranked fifth in Europe last year in terms of its renewable power capacity growth, and it is predicted to add 22.2 gigawatts (GW) by 2025 to reach 66.8 GW, according to the International Energy Agency's (IEA) Renewables 2020 report.

Since the start of the COVID-19 pandemic in early 2020, a huge drop in global energy demand and investments caused more disruption than any other event in recent history, Annan said.

He maintained that further interaction after the COVID-19 era between Danish and Turkish trading partners will boost trade from around 2 billion euros in recent years to up to 5 billion euros.

"Forget about the pandemic, it is in the past now!" he said and explained that surprisingly between January and July this year, Danish exports to Turkey jumped 40%, while Turkish exports to Denmark rose 30% despite the pandemic.

"We are moving ahead, we are developing the trade and it is going very fast in Turkey," he added.

Annan said despite all the disruptions in the production sector during the pandemic, more than 300 Danish companies, including Denmark's huge companies like Danfoss, DFDS, DSV and Aquaporin, that operate in Turkey decided to keep the business open and on track.

Annan said that Turkey has some advantages compared to other manufacturing powerhouses around the world, like geographical proximity to Europe, a young labor force and a business-friendly environment and the country can be a great alternative for a production base compared to other Far East countries, including China.

"All the logistical problems we are facing now due to the global pandemic, as a solution to that Turkey is only one border away from internal markets in Europe," he said.

"Not offshoring to China, but nearshore to Turkey can be a reliable and strong alternative."

According to the Danish Energy Agency, the world's first energy islands will be constructed in Denmark, one in the North Sea and the other in the Baltic Sea.

The energy islands will serve as energy hubs that can create better connections between energy generated from offshore wind and the energy systems in the region around the two seas.

The plan envisages the establishment of an artificial island in the North Sea that will serve as a hub for offshore wind farms supplying 3 GW of energy, with a long-term expansion potential of 10 GW.

The energy island in the Baltic Sea will be Bornholm, where electrotechnical facilities on the island will serve as a hub for offshore wind farms off the coast supplying 2 GW of energy.

Operating as green power plants at sea, the islands are expected to play a major role in the phasing-out of fossil fuel energy sources in Denmark and Europe.

Annan also shared some statistical facts about the country's unique artificial islands project, which will be finalized by 2030.

Hydrogen can be one of the alternatives, he said. It tops the future of electricity storage for a lot of countries in Europe, he added.

Annan also said that Copenhagen aims to be first carbon neutral capital by 2025.

Today 70% of electricity is from renewable energy, mainly wind. Some days, wind produces more than 100% of the electricity consumed in Denmark.

He also stated that due to environmental concerns, countries are seeking cleaner and sustainable energy solutions to meet their needs, adding that President Recep Tayyip Erdoğan's announcement of Turkey's decision to ratify the Paris Agreement on climate before the Glasgow Summit on Nov. 22-23 will definitely boost Turkish-Danish business relations.