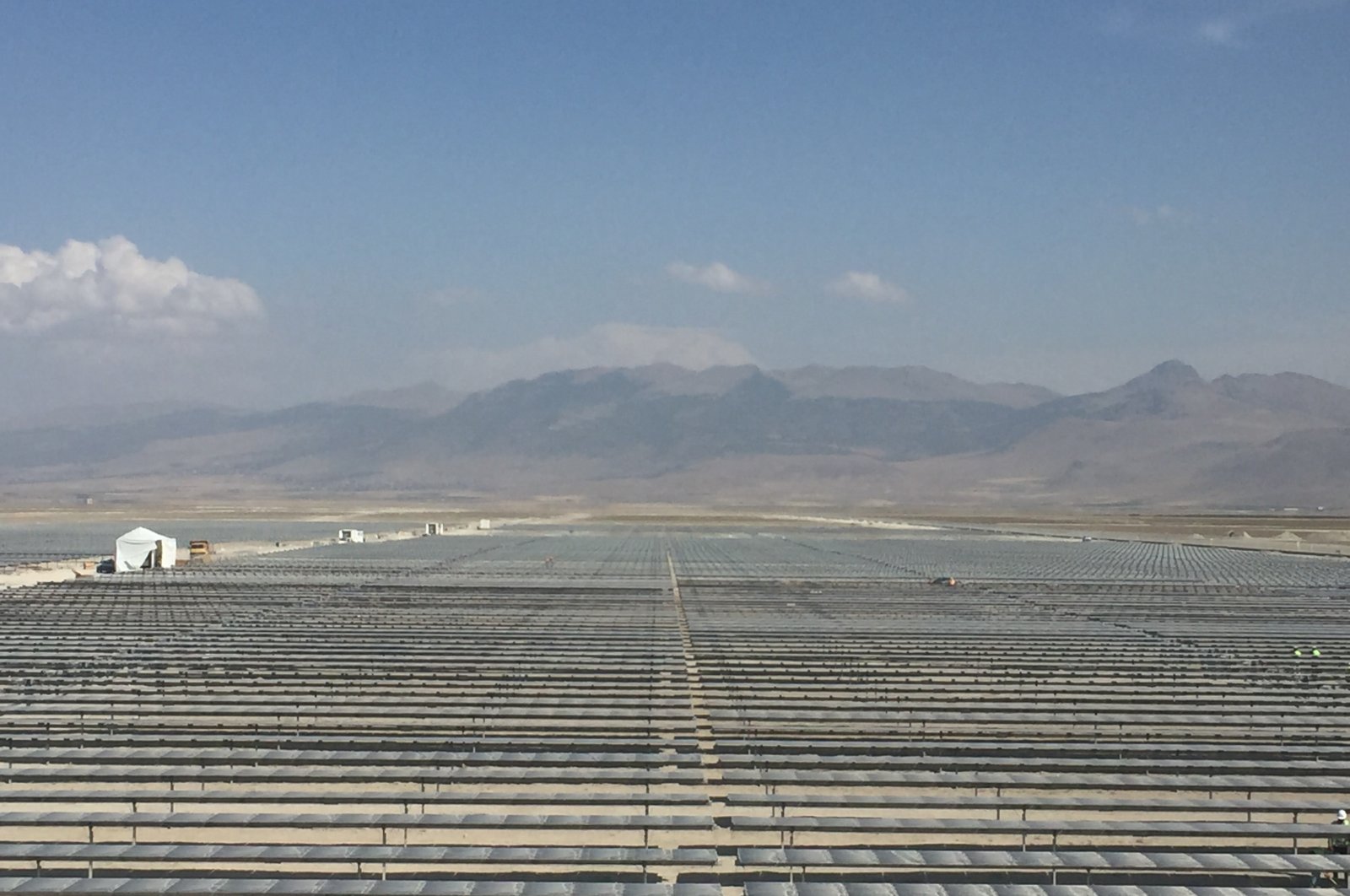 Turkey’s Karapınar Solar Power Plant in the central province of Konya, which was established on a 20 million-square-meter (215 million-square-foot) field, has partially begun producing electricity, a company official said Monday.

Kalyon Holding Energy Group Executive Board Member Murtaza Ata told Demirören News Agency (DHA) that 4 megawatts of capacity were commissioned so far and electricity production has begun on an area including some 10,300 panels.

The entire project for the plant, which is the world’s largest power plant built on a single parcel and is part of the first solar Renewable Energy Resource Zone (YEKA) tender, is set to be completed in 2023.

Kalyon Holding, together with a South Korean Hanwha Q-Cells consortium, won the tender for the solar power plant (SPP) project – the Karapınar Renewable Energy Resources Zone Project – in March 2017 at a cost of $0.0699 per kilowatt-hour. However, Hanwha will not continue with the project, and China Electronics Technology Group Corporation (CETC) has stepped in to construct the facility and to provide an additional two years of technical assistance after the turnkey contract expires.

“When it’s completed, it will produce an annual of 2.6 billion kilowatt-hours of electricity,” Ata said, adding it is set to meet the electricity needs of up to 2.5 million people.

Some 10,200 panels have been installed in the plant so far, and the electricity production has begun on those, while the field will include a total of 3.5 million panels when completed.

Approximately 104,000 panels are planned to be installed each month.

Ata, who noted that the Karapınar SPP is the largest SPP in the world built on a single parcel, said about 75% of the materials used to make the panels are produced domestically.

Ata said the major project is part of a strategic plan that was initiated during the term of then-Energy Minister Berat Albayrak, who is currently serving as the treasury and finance minister.

The plant is significant in terms of domestic production as the panels are manufactured in a factory inside Turkey.

“We are producing panels out of silisium mineral,” Ata said, explaining that the mineral is melted and turned into ingots which form wafers and then the panels.

The factory is manufacturing solar panels with a capacity of 500 megawatts (MW).

Saying that research and development (R&D) works are continuing at the factory, Ata said that over 100 engineers and 110 personnel are currently employed in the R&D works.