Emergency declared in 17 states in US over pipeline cyberattack 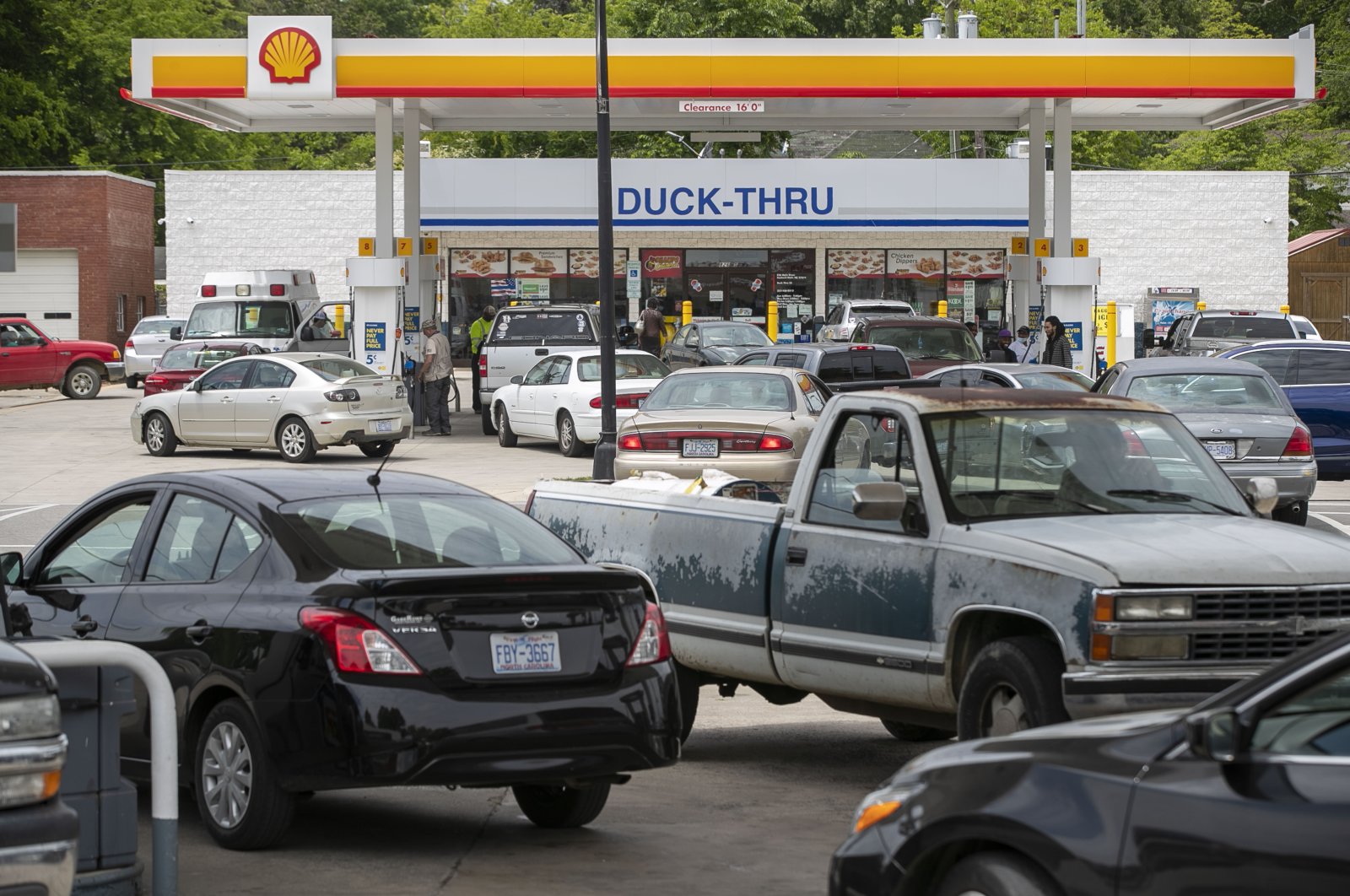 Customers fill up their vehicles with fuel at the Cupboard Food Store (foreground) and the Duck-Thru across in Scotland Neck, North Carolina, U.S., Tuesday, May 11, 2021. (AP Photo)
by Agencies May 11, 2021 10:01 pm
RECOMMENDED

An emergency declaration has been issued in 17 states in the United States, and in Washington D.C. over a ransomware attack that forced the shutdown of the largest oil pipeline in the eastern part of the country.

Colonial Pipeline, a major fuel pipeline operator continues works to recover from a ransomware cyberattack that forced it to shut down Friday and sparked worries of a spike in retail gasoline prices.

Photos and videos shared on social media showed drivers lining up for gas in the Carolinas, Georgia and other states in the Southeast. Many stations have run out of gas entirely or only have premiums.

"It was unbelievable. When I was driving today, I thought it was a catastrophe coming!" Yasheeka Wiggins, of Marion, South Carolina, told CBS News. "I've seen all these cars waiting and I was like, 'OMG. I have to fill my tank up!'"

Demand and prices soared on Monday as consumers resorted to "panic buying" in states affected by the shutdown, according to GasBuddy, a travel and navigation app that tracks petrol data nationwide.

As of 10 a.m. Tuesday, 7.6% of petrol stations in Virginia were said to be out of fuel – the highest figure in the region. The rate of empty gas stations was also high in Georgia, with more than 4%, and North Carolina, with nearly 6%, GasBuddy reported.

The company urged drivers to be patient and not rush to gas stations as the shutdown is expected to last just a few days.

"Panic buying or hoarding of gasoline will prolong outages and price spikes, making them much worse," GasBuddy said in a blog post.

Meanwhile, gas prices have also gone up. The average national price of a gallon (3.78 liters) of regular gas has jumped 6 cents, to 2.96 dollars, according to the American Automobile Association (AAA) which is a federation of motor clubs throughout North America. If the trend continues and the national average reaches $2.99 dollars, it would be the highest price since November 2014.

AAA officials said the impact of the shutdown at the pumps would likely be worse in a handful of states.

"Areas including Mississippi, Tennessee and the east coast from Georgia into Delaware are most likely to experience limited fuel availability and price increases, as early as this week," AAA spokesperson Jeanette McGee said in a statement.

Those states, she said, could see price increases of up to 7 cents this week.

The incident is one of the most disruptive digital ransom operations ever reported and has prompted calls from American lawmakers to tighten up protection for critical U.S. energy infrastructure against hackers.

Colonial moves 2.5 million barrels per day (bpd) of gasoline and other fuels from refiners on the Gulf Coast to consumers in the eastern and southern United States. It also serves some of the largest U.S. airports, including Atlanta's Hartsfield Jackson Airport, the world's busiest by passenger traffic.

A Russia-based criminal group called DarkSide alleged to be behind the ransomware attack.

However, Moscow on Tuesday denied the U.S. claims that the Russia-based group was responsible for the attack.

"We categorically reject the baseless fabrications of individual journalists and reiterate that Russia does not conduct 'malicious' activity in the virtual space," the Russian embassy in the U.S. said in a statement.

On Monday, U.S. President Joe Biden said there was no evidence of Russian government involvement in the cyberattack on the U.S. pipeline but said there were indications the ransomware was "in Russia."

"They have some responsibility to deal with this," he said.

The FBI identified the group behind the hack of Colonial Pipeline as DarkSide, a shadowy operation that surfaced last year and that attempts to lock up corporate computer systems and force companies to pay to unfreeze them.