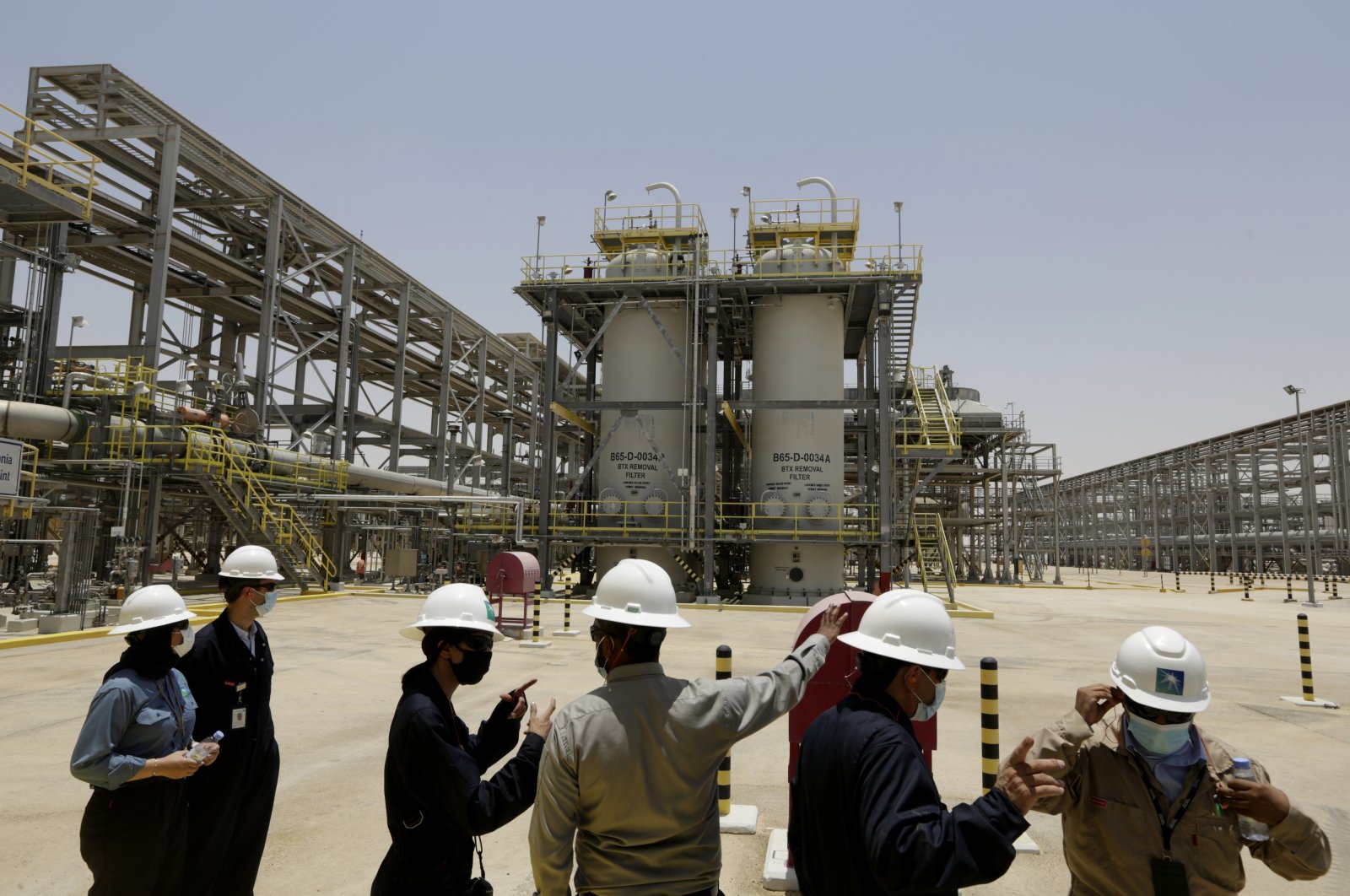 Countries around the world are in a hurry to complete an energy transition by a pledged time – though some pledges still seem likely to collapse, and the situation in Arabian Peninsula is even more complicated.

Saudi Arabia and other Gulf monarchies are caught between two daunting climate change scenarios that both threaten their livelihoods.

In one, the world stops burning oil and gas to cut down on heat-trapping emissions, shaking the very foundation of their economies. In the other, global temperatures keep rising, at the risk of rendering unlivable much of the Gulf’s already extremely hot terrain.

The political stability of the six Gulf states – Saudi Arabia, the United Arab Emirates (UAE), Qatar, Kuwait, Bahrain and Oman – is rooted in profits from fossil fuels. This includes exports that energy-hungry China and India will want even more over the next two decades.

“Climate action, it’s almost an existential problem for an absolute monarchy based on oil exports,” said Jim Krane, author of “Energy Kingdoms: Oil and Political Survival in the Persian Gulf."

“They need climate action to succeed without wrecking the oil market. That’s a tough needle to thread.”

In pledging “net-zero” emissions targets as Saudi Arabia, the UAE and Bahrain have done this month, greenhouse gas emissions would be cut within their borders – while maintaining fossil fuel exports abroad.

It was an important announcement for a country with an estimated 265 billion barrels of oil reserves worth $22.5 trillion at current prices. Saudi Arabia has expressed determination to pump oil until the last drop, but it could find little use for its greatest natural resource in a world that runs on cleaner forms of renewable and solar energy.

Without this patronage system, Gulf monarchies might have to allow greater political participation or turn more repressive, said Krane, an energy studies fellow at Rice University’s Baker Institute for Public Policy in Texas.

Gulf Arab states pledging “net zero” emissions are positioning themselves to be part of the multi-trillion-dollar clean energy industry, even as they keep earning from oil and gas.

At the Saudi Green Initiative Forum in Riyadh, President Joe Biden's climate envoy, John Kerry, told a roomful of princes and prime ministers from across the region that climate action can create “the biggest market opportunity the world has ever known.”

“It’s the biggest transformation that has ever taken place on this planet, since the industrial revolution, if we do it," Kerry said.

The “net zero” pledges also crucially enable the Gulf's ruling elite to wield influence at conferences like COP26, where climate action policies are being crafted, said Ellen Wald, a senior fellow at the Atlantic Council and author of “Saudi Inc.”

“It’s important for them to have a seat at the table and be taken seriously at these conferences ... because that way they get a say,” she said.

Saudi Arabia is one of several countries lobbying behind the scenes ahead of the COP26 summit to change the language around emissions, apparently trying to water down an upcoming U.N. science panel report on global warming, according to leaked documents.

Gulf Arab states are privately and publicly advocating for carbon capture technologies rather than a rapid phasing out of fossil fuels, warning that a hurried transition would leave poorer populations without access to energy.

Greenpeace, which obtained the leaked documents, has criticized the approach, saying these “yet unproven” carbon capture technologies allow nations to emit more greenhouse gases on the optimistic assumption they can be drawn out of the atmosphere later.

Meanwhile, national energy companies like Saudi Aramco, Abu Dhabi's ADNOC and Qatar Petroleum – now re-branded as Qatar Energy – are moving ahead with efforts to reduce emissions and boost investments in petrochemical products used in fertilizers, plastics, rubber and other polymers that are in huge demand globally.

Aramco, by far the world’s biggest oil company, announced it would reach “net zero” by 2050 on its operations, a decade sooner than the Saudi government's pledge. ADNOC has pledged to decrease its greenhouse gas emissions by 25% by 2030.

Qatar Petroleum has already shipped one carbon-neutral cargo of liquefied natural gas (LNG) to Singapore and will be incorporating carbon capture technology in its expansion plans, according to a report by the Arab Gulf States Institute in Washington.

Speaking at the forum in Riyadh, ADNOC CEO Sultan al-Jaber called on people to be “a bit mature and sober” in discussing the energy transition, insisting it will take time and must include oil and gas.

Organization of the Petroleum Exporting Countries (OPEC) forecasts that while the push for alternative and renewable energy will usher in an era of declining demand for oil in some parts of the world, it will remain the world’s No. 1 source of energy through 2045. It forecasts that of the 2.6 billion cars on the road by 2045, just 20% will be electric-powered.

Although all six Gulf states remain heavily reliant on fossil fuels for state spending, each has taken steps to try to diversify their economies, with Saudi Arabia and the UAE leading aggressive efforts to attract investment in new industries.

Still, over half of Saudi Arabia’s revenue comes from oil, with $150 billion expected this year alone as prices climb to $85 a barrel.

“Oil exports are the lifeblood of the Saudi economy and the Saudi political system,” said Krane. “It would be a disaster for Saudi Arabia if the rest of the world quickly weaned itself off oil.”

Scientists say the world must invest in renewable energy to limit warming to 2.7 degrees Fahrenheit (1.5 degrees Celsius), although a new U.N. report finds that even governments’ fresh pledges aren’t strict enough to keep temperature rises below that by the end of the century.

Nearly all of the warming that has happened on Earth can be blamed on emissions of heat-trapping gases such as carbon dioxide and methane, and if the limit is surpassed scientists say the damage will be irreversible.

In remarks to reporters this month, Qatari Energy Minister Saad al-Kaabi questioned whether countries that have “net-zero” pledges have a plan on how to get there.