Failure to certify Nord Stream 2 pipeline is not an option: Russia 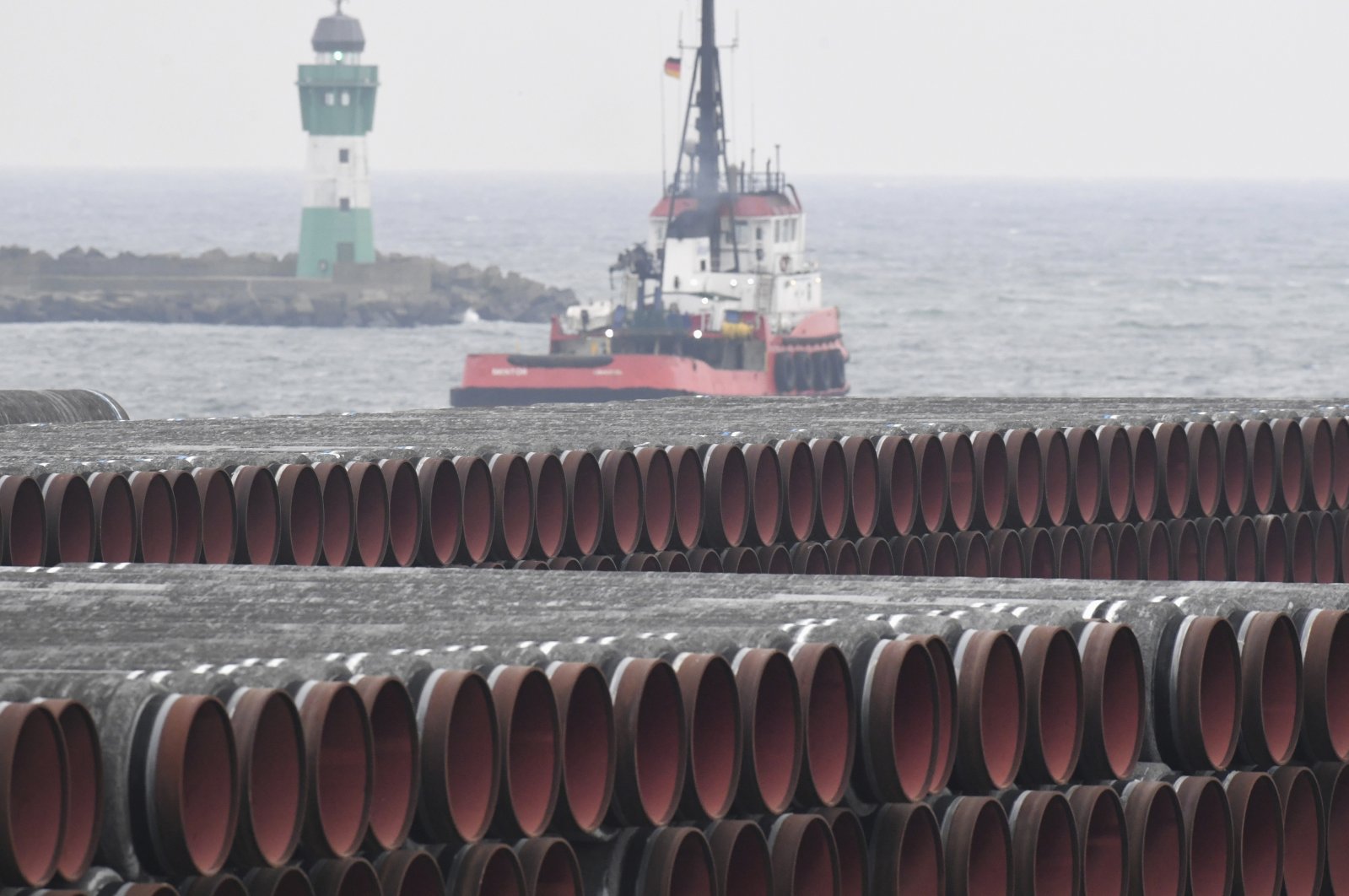 Pipes for the Nord Stream 2 Baltic Sea gas pipeline are stored on the premises of the port of Mukran near Sassnitz, Germany, Dec. 4, 2020. (DPA via AP)
by DAILY SABAH WITH AGENCIES Dec 29, 2021 2:35 pm
RECOMMENDED

Russia believes it will succeed in getting the certifications for the Nord Stream 2 gas pipeline, a top Russian official said Wednesday, emphasizing that they are confident the project will get the necessary approvals and will eventually commence operations.

Asked if Russia has a "plan B" in case Nord Stream 2 is not certified, Novak said: "We don't consider such options, and we believe it will be launched in line with the timings, set for certification."

It is expected that the certification will be completed no earlier than the end of the first half of 2022.

Novak also said that Russia is ready to increase gas exports to Europe, which has seen gas prices skyrocketing amid rising demand and lack of supplies, but under long-term contracts – the arrangement shunned by European companies in favor of short-term spot deals.

Construction on the pipeline, which runs from Russia to Germany on the bed of the Baltic Sea and bypasses Ukraine, was completed in September but it remains idle awaiting regulatory approval from Berlin and Brussels.

The project has become increasingly politicized amid growing tensions between Russia and the West, which fears Moscow may attack Ukraine to prevent it from forging close ties with NATO. Russia denies these allegations.

The chief executive of Ukraine's state energy company Naftogaz said last month he was hopeful that the Nord Stream 2 gas pipeline would not operationalize, arguing it did not comply with European law.

Meanwhile, the Russian Ambassador to Germany Sergei Nethayev had warned earlier against the delay of Nord Stream 2 pipeline.

"I don't think anyone needs an artificial delay in the commissioning of the pipeline," he said in an interview with Deutsche Presse-Agentur (dpa).

"Russia is ready to deliver gas to Germany immediately through the two pipes under the Baltic Sea," he added.

He also said that he expected the new federal government to deal with the project "pragmatically and for the benefit of consumers."

Commenting on opposition to the project from the Greens – the second-largest party in Germany's new coalition government – the ambassador said: "I hear from the new federal government the assessment that it is a private-sector project that should not be linked to politics."

This has been a consistent line from the previous government, as well as from new Chancellor Olaf Scholz, who described the approval process for the commissioning of the pipeline as "nonpolitical."