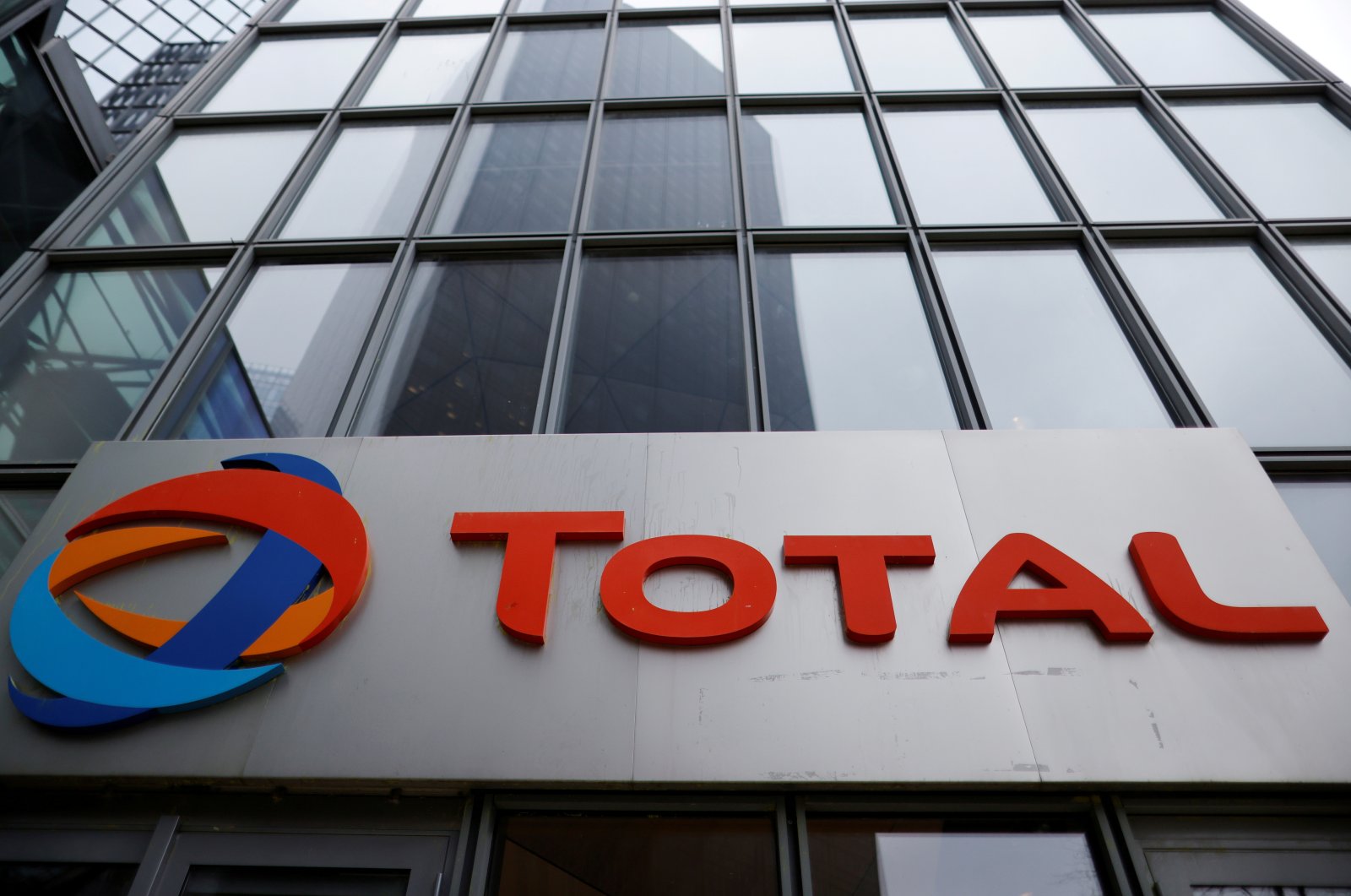 The logo of French oil and gas company Total is seen at La Defense business district in Courbevoie near Paris, France, February 8, 2021. (Reuters Photo)
by Anadolu Agency May 05, 2021 12:45 am
RECOMMENDED

French energy giant Total's gas operation in Myanmar has been financially supporting the military junta by diverting funds from gas sales to offshore accounts instead of the government, an investigation by Le Monde newspaper said on Tuesday.

Documents accessed by the French newspaper released after the military coup in Myanmar, said the Yadana gas field supplying gas to local markets in Myanmar and Thailand is diverting its revenue to the Myanmar Oil and Gas Enterprise (MOGE), managed by army executives and retired officers.

The revenue is amongst the largest source of income for the Myanmar military which overthrew the democratically elected government on Feb. 1, unleashing violence and suspending civic rights.

Local employees working with Total also said they were prevented from joining the civil disobedience movement and blocking work at the gas field. Company officials warned them that if they "joined the protest", they "would pay the price."

Pro-democracy activists in Myanmar have called on international energy companies-including Chevron from the US and Total from France, the major foreign partners in a joint venture with MOGE-to suspend their activities and to stop providing financial support to the junta.

In France, too, activists have held protests against Total's alleged payments to the military regime.

According to the documents, in 2019, the Moattama Gas Transportation Company (MGTC), the partner company of Total, carrying gas from Yadana to Thailand, declared a turnover of nearly $523 million, for only $11 million of expenses.

The Le Monde report added that in 1994, when the gas project was set up, the shareholders of the pipeline registered the holding company of MGTC in the North Atlantic tax haven of Bermuda.

The agreement signed by Total also provides a guarantee that dividend payments made by MGTC will not be subject to any withholding tax.

The profits made are paid out in the form of tax-free dividends to the military. The Myanmar government in return gets a small amount of royalties for the actual exploitation of the gas, due to the high costs of transport which is deducted from the income of the gas field.

According to Total's 2020 annual report, the amount paid to Myanmar's Finance Ministry was three to four times lower than those distributed to its co-shareholder MOGE, the report said.

In its response to the Le Monde's report, Total defended its operations saying "the profit of the Yadana project is within the average of the industry."

Justice for Myanmar, a rights group, has called on Total to suspend its payments to the military junta and to place the profits in a protected account until democracy returns.

"Hundreds of millions of dollars in gas revenues, which should go to the Burmese people, feed offshore accounts controlled by an illegal junta which is leading a campaign of terror against the Burmese," Yadanar Maung, spokesperson for the NGO, was quoted as saying in the report.

Total is expected to cease its operations in Myanmar by 2025.