Gas up, hydropower down: Drought changes power dynamics in Turkey 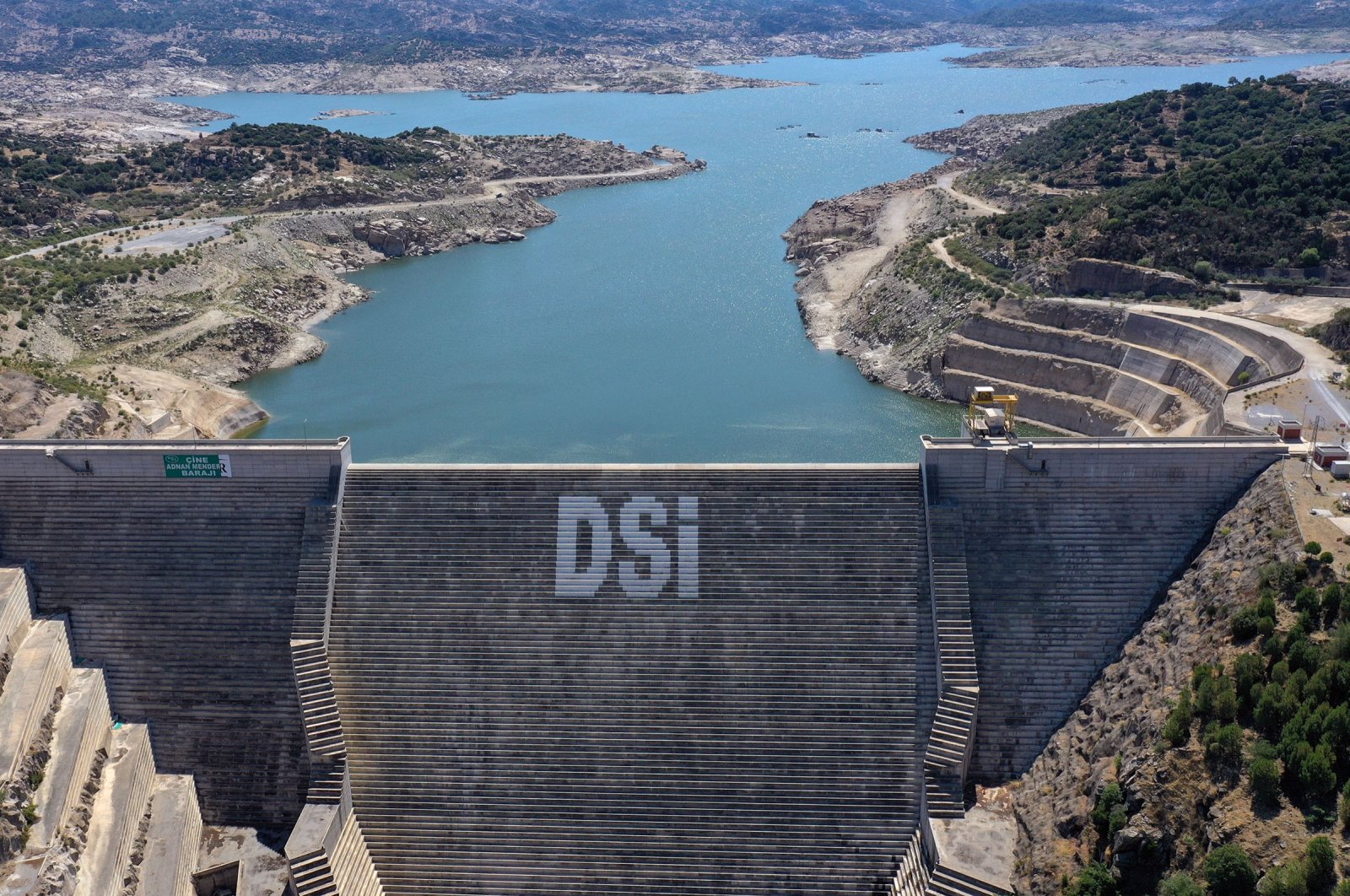 A tangible drought in Turkey, particularly since the end of last year, has changed power generation dynamics as natural gas plants boosted their share to replace falling output from hydropower plants.

Hydropower capacity in Turkey has shown an increase of 80% over the last 10 years, representing the largest capacity among clean energy sources at over 31,000 megawatts, and accounting for almost one-third of the country’s total installed capacity.

A hard drought in 2014 saw the water level reach the lowest at 29.6 billion cubic meters (bcm), in contrast to the highest in 2019 at 81.6 bcm, according to data of the Hydroelectric Power Plants Industry Businessmen’s Association.

The share of hydropower plants of total electricity generation in 2014 amounted to 16% and in 2019 jumped to 29.2%, data from investment and consultancy company APLUS Energy showed.

In 2014, natural gas plants compensated for lower output from hydropower plants, generating 48% out of the total, but with heavy rainfall in 2019 when hydropower generation was at its highest, this share dropped to 18%.

Volkan Yiğit, a partner at APLUS Energy, told Anadolu Agency (AA) that the average share of coal plants in Turkey’s total electricity generation was 31.9% in the last decade, with natural gas plants reaching 35.2%, hydropower plants at 23.2% and other renewables generating 9.7%.

He noted that the continuous increase in renewables capacity has ensured a drop in the share of natural gas plants in electricity generation.

This has been evident in wind power, which has seen the biggest increase in electricity generation in the past 10 years, he said.

“The share of renewables, except for hydropower, climbed over 16.8% to 42.4% together with hydropower plants in 2020,” Yiğit said.

The amount of water in Turkey’s main dams fell by 27% in 2020 compared to the previous year.

In the first five months of this year, the amount of water in the main dams dropped by 50% to 24.3 bcm compared to the same period of last year.

The share of hydropower plants during this period was 21.7%, while natural gas power plants generated 27.3% of the total electricity output. Imported coal and lignite plants had a share of 31.9% in the January-May 2021 period.

This was evident during the drought when greater gas plant output had more impact on electricity market prices.

“Just as electricity market prices fell in 2019 during the rainy season, prices climbed during the times of drought. This year, we have seen the impact of drought on electricity prices since April but we should also keep in mind the lower demand in the same month of last year due to the pandemic,” Yiğit said.

The average rate price for one megawatt-hour of electricity in Turkey’s day-ahead spot market was TL 260.30 in 2019 but surged to TL 278.70 last year.

However, due to lockdown measures, both demand and prices were relatively lower during these months.

“However, since the second half of last month, a number of factors combined with drought and growing demand because of increasing temperatures triggered price increases,” Yiğit said.

He said among these factors are natural gas power plants that are currently down, lower stock of imported coal plants, some technical constraints at lignite plants and lower wind power output.

The monthly average price for one megawatt-hour in June 2021 increased by 38% compared to the same month of last year to TL 402.

The average price for one megawatt-hour climbed to TL 571 in the first week of this month.

Meanwhile, Turkey hiked consumer electricity prices by 15% and natural gas prices by up to 20% as of July 1.

“With the return of natural gas plants, increases in wind generation and lower temperatures, electricity demand will fall and the system will find its balance,” Yiğit concluded.