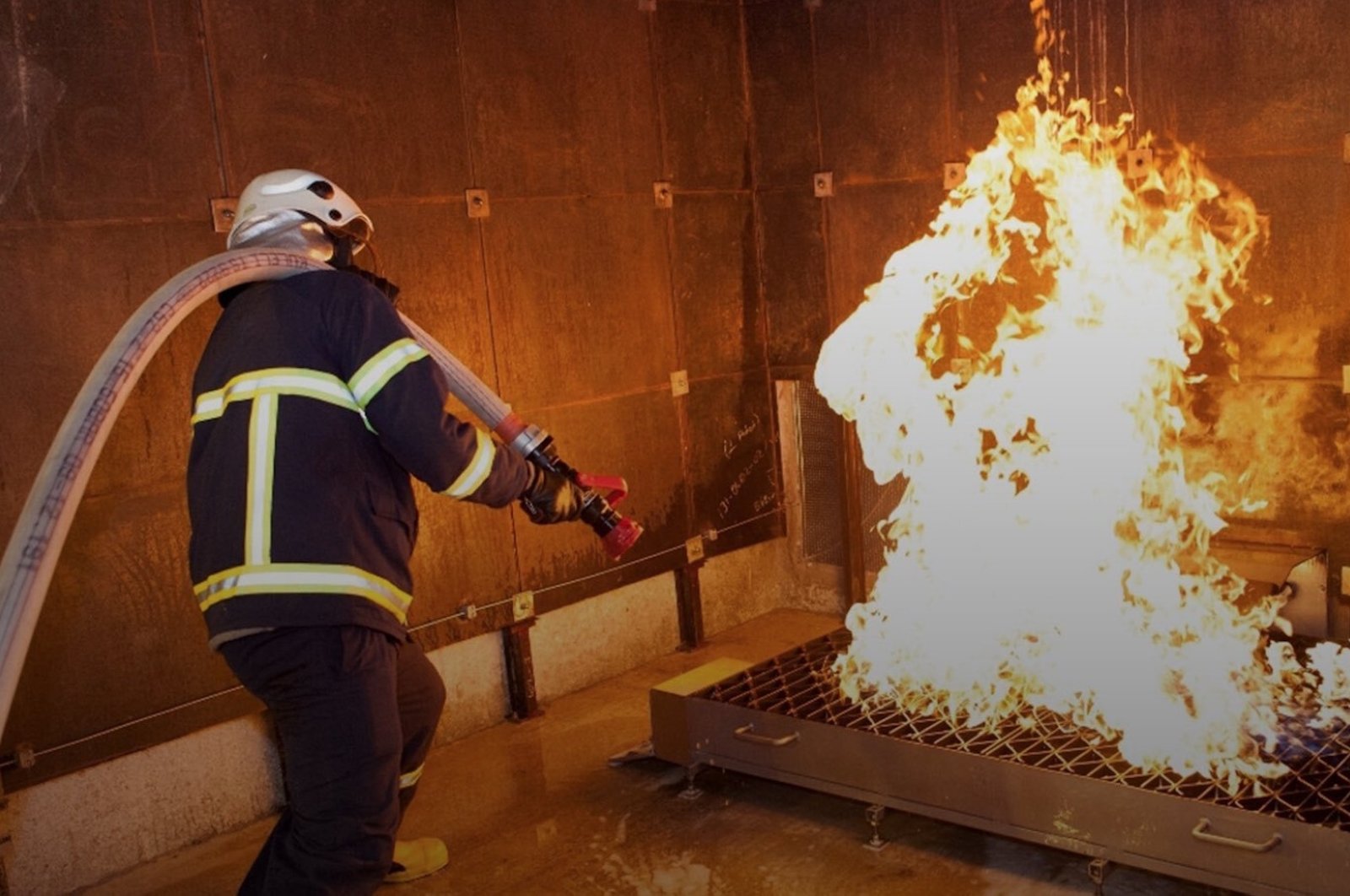 A firefighter is seen extinguishing flames in this file photo courtesy of Meteksan.
by DAILY SABAH
Mar 04, 2021 7:41 pm

The construction of the fire training simulator complex of Turkey’s first nuclear plant, the Akkuyu Nuclear Power Plant (NPP), will be carried out by local firm Meteksan Defense, a step toward its possible cooperation projects in civilian fields, the company said Thursday.

The statement emphasized that the project emerged thanks to the vision of Akkuyu NPP, a joint Russian-Turkish project, which envisages the maximum participation of Turkish companies.

It said the company will carry its knowledge and experience obtained through defense projects into the civil sector.

“It is also aimed to move this cooperation to new areas in the upcoming period,” the statement added.

The Fire Training Simulator, which will be included in the Akkuyu NPP training simulator complex, will be developed to provide firefighters training in harsh conditions and environments, as well as firefighting methods and skills.

The container-based system to be installed will consist of command-and-control facilities, burning spaces, ventilation and temperature monitoring, gas detection and extinguishing infrastructure.

Vehicle fire training will be conducted via simulation as well as through physical training in areas where possible fires can occur in daily life such as living quarters, electrical panels and cable ducts.

The main features of the Akkuyu NPP training simulator complex include realistic modeling of the environment and conditions that will occur in the event of a fire. It will also include training of fire service personnel without causing environmental pollution, taking into consideration the occupational safety as well as the rescue of people in smoke affected areas under harsh conditions; simulation of the most efficient techniques and response tools during firefighting and rescue training in an environment that is not suitable for breathing and lastly, the command/control, continuous monitoring and recording of the training process by the operator.