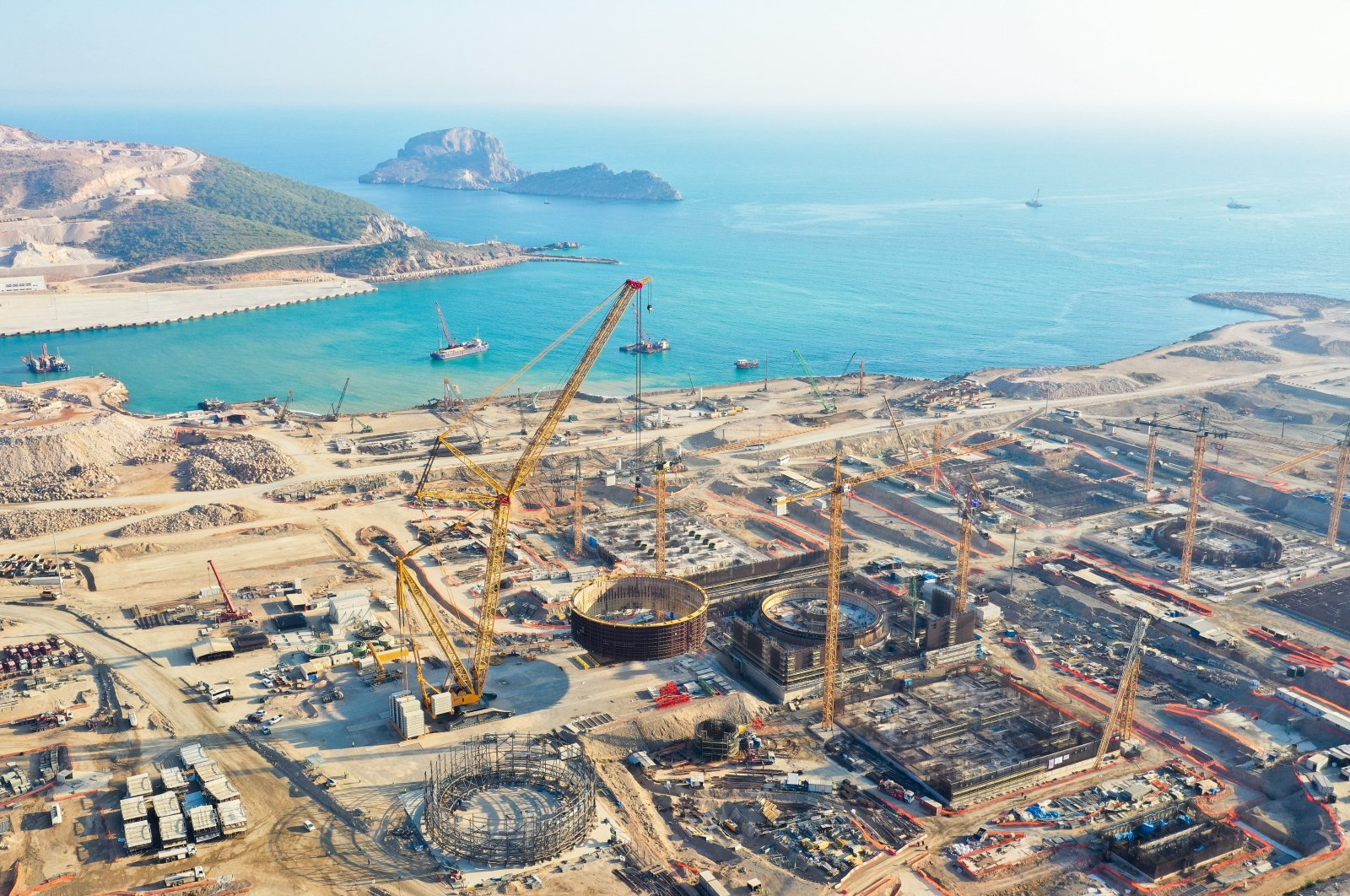 "The foundation for the third reactor in the Akkuyu Nuclear Power Plant will be laid on March 10 by our President Erdoğan and Russia's President Putin in a program they will attend virtually,” Fatih Dönmez told a private broadcaster Saturday.

The Energy and Natural Resources Ministry in November granted a construction license for the third unit of the plant that is being built in the southern Mersin province.

Erdoğan and Putin had attended the Akkuyu NPP's groundbreaking ceremony in April, 2018 via a videoconference call from the capital Ankara.

The two countries had signed an intergovernmental agreement in May 2010 for the plant's construction.

As works proceed as planned, the plant's first reactor, out of a total of four, is scheduled to be operational by 2023, the 100th anniversary of the Turkish republic. Around 7,000 people are working on the giant project.

All the remaining three units are due to start operation by the end of 2026, at a rate of one per year to ultimately have a total installed capacity of 4,800 megawatts (MW). The construction of the second unit started in June last year.

The total amount of investment in the plant has been calculated as $20 billion (TL 148.5 billion). It is expected to employ around 3,000 people, including engineers and technicians.

According to the 2021 Performance Program of the Energy and Natural Resources Ministry, 27.5% of the plant is aimed to be completed by the end of this year.

Some 16.25% of the plant, including construction, permits, licenses and approvals, was completed at the end of last year. This compares very favorably with the forecast of last year's program, which estimated progress at less than half of the figure, at 8%.