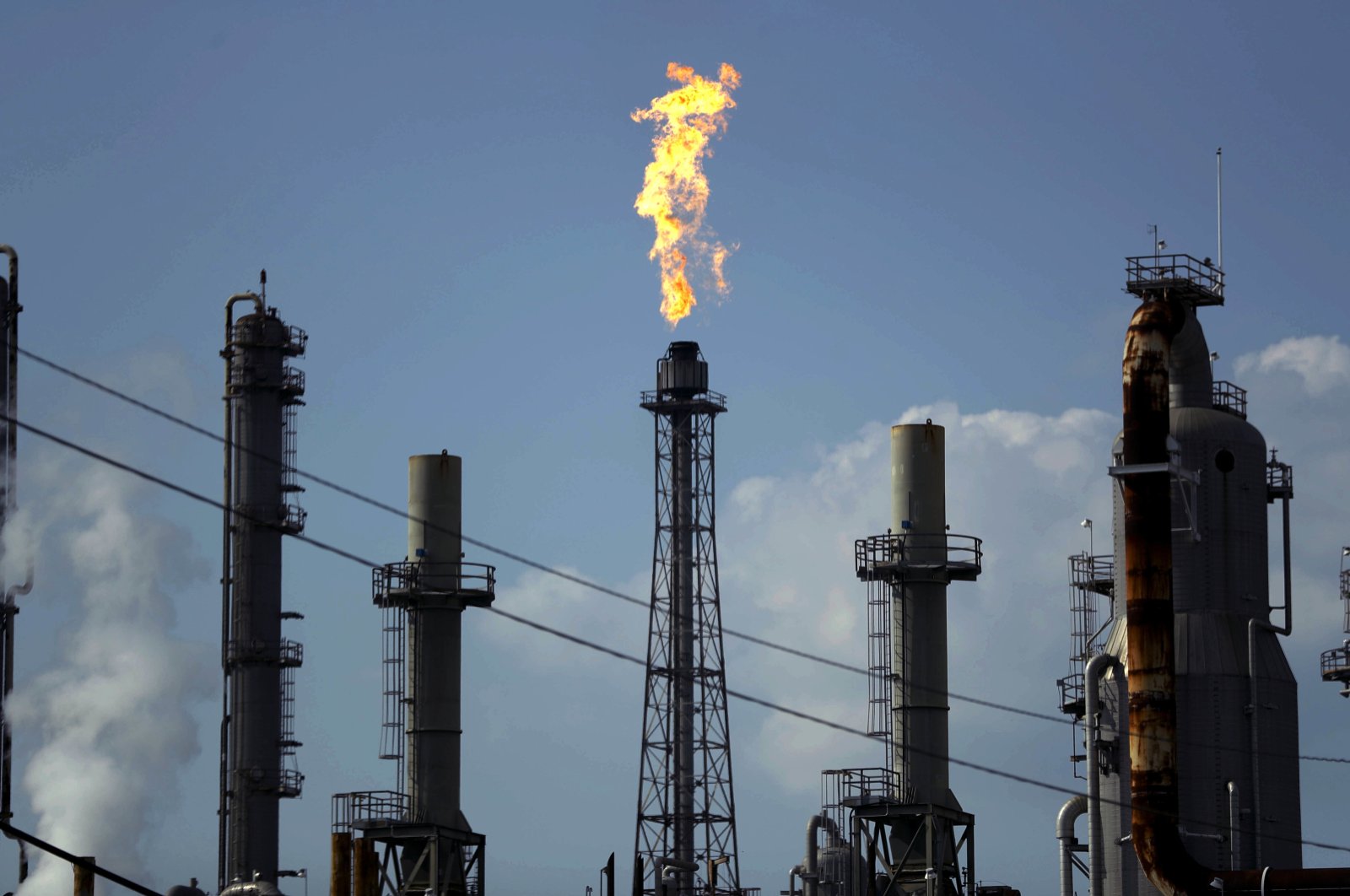 A flame burns at the Shell Deer Park oil refinery in Deer Park, Texas, Aug. 31, 2017. With the viral outbreak spreading to more countries, the price of oil has dropped precipitously as global demand weakens even further. That has sent shares tumbling for oil giants like Exxon and Chevron while smaller producers with idling rigs continue to slash jobs. (AP Photo)
by German Press Agency - DPA Dec 01, 2020 8:37 am

Oil giant ExxonMobil on Monday said it would begin major write-offs and cut thousands of jobs as part of a savings program, to help weather the ongoing effects of the coronavirus pandemic.

By the end of 2021, the global workforce will be reduced by 15%, the company announced after the U.S. stock market closed.

In the fourth quarter, between $17 billion and $20 billion will be written off on natural gas plants.

Investments in equipment and exploration and production projects are also to be reduced and in 2021 will be at the lowest level in 15 years.

Exxon is suffering greatly from the consequences of the pandemic, which has severely dampened global demand for oil and gas.

The company, which was making billions in quarterly profits before the virus hit, has recently suffered its third consecutive quarter of figures in the deep red and has been drastically cutting back its spending for some time now.

The share price initially increased slightly after the announced austerity program but has already fallen by more than 45% since the beginning of the year.