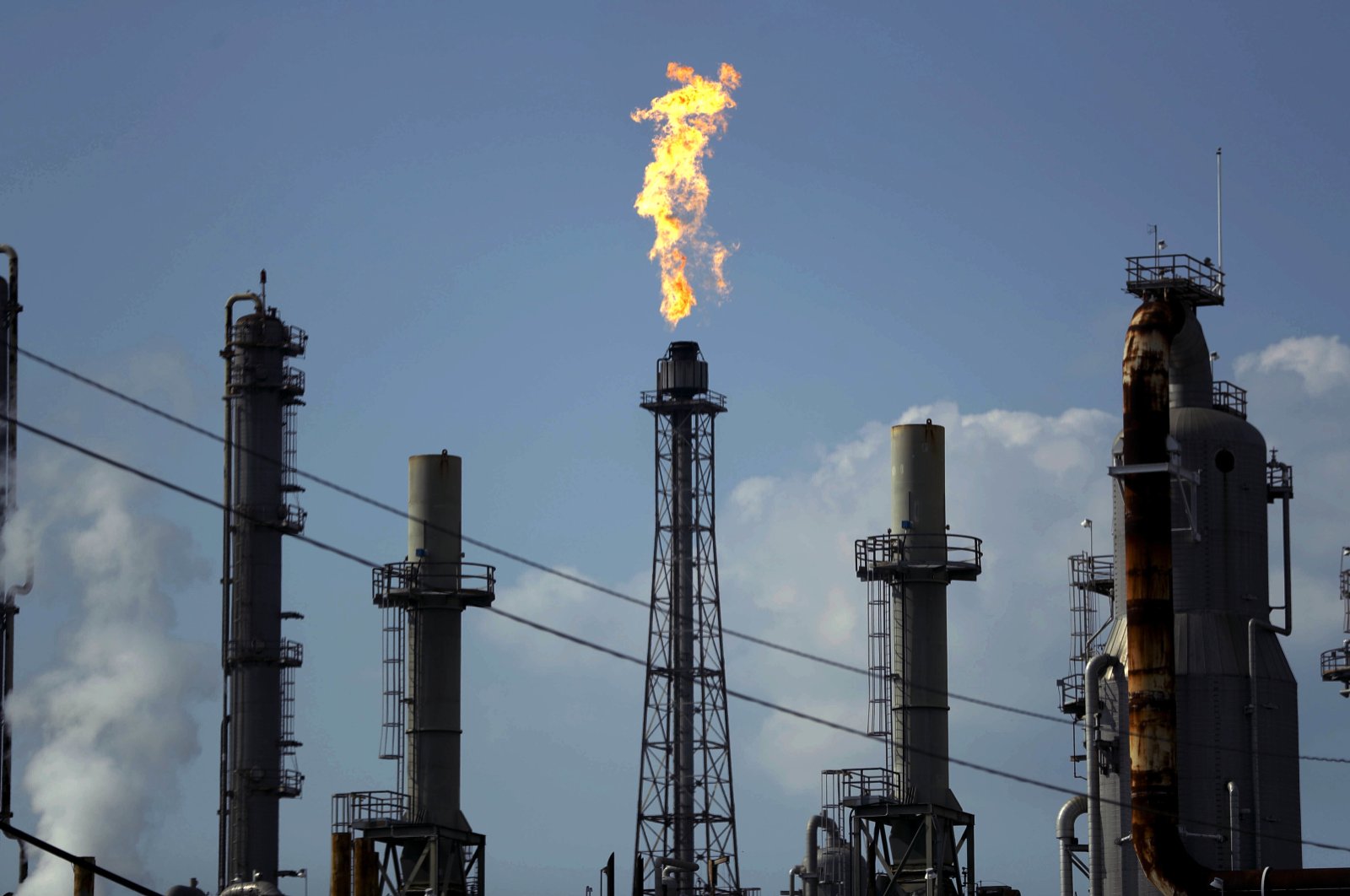 Oil prices are plunging amid concern a dispute among producers could lead a global economy weakened by COVID-19 to be awash in an oversupply of crude.

The dramatic losses follow a 10.1% drop for U.S. oil on Friday, which was its biggest loss in more than five years.

Driving the declines was a ferocious sell-off in the oil markets, sparked by top exporter Saudi Arabia slashing prices — in some cases to unprecedented levels — after a bust-up with Russia over production.

Both main oil contracts — which had already been under pressure over falling demand caused by the virus — dived around 30%, marking the worst drop since the 1991 Gulf War and the second biggest fall on record, according to Bloomberg News.

Saudi Arabia launched an all-out oil war Sunday with the biggest cut in its prices in the past 20 years, Bloomberg News said, after OPEC and its allies failed to clinch a deal to reduce output.

A meeting of main producers was expected to agree to deeper cuts to counter the impact of the coronavirus — but Moscow refused to tighten supply.

The turmoil in the oil markets caused share prices to plunge in the Middle East and in Asia. While lower oil prices can be a boon for economies that rely heavily on imports to fuel their industries, such as South Korea, Japan and China, extreme uncertainty can wreak havoc.

Demand for energy is falling as people cut back on travel. The worry is that the new coronavirus will slow economies sharply, meaning even less demand.

The oil market has seen arguments like this before. In 2014, OPEC held off production cuts in order to hold onto market share in the face of a resurgent U.S. oil industry. That led to oil to tumble from over $100 a barrel to below $40 by 2015.

This most recent plummet for oil adds another punch to what's already been a brutal and dizzying couple weeks for financial markets worldwide. The U.S. stock market is down 12.2% since setting its record last month on worries about how much corporate profits will fall because of COVID-19. It's set on Monday to mark the 11th anniversary of hitting bottom after the 2008 financial crisis.

Treasury yields have plummeted to record lows as investors pile into anything that looks safe, almost regardless of how little it pays. The 10-year Treasury yield pierced below 1% for the first time on Tuesday, only to breach 0.70% Friday.

The virus usually leaves people with only mild to moderate symptoms, but because it's new, experts can't say for sure how far it will ultimately spread and how much damage it will do, both to health and to the economy. The number of cases has reached 109,000 globally, and Italy on Sunday tried to quarantine a region holding more than a quarter of its population in hopes of corralling it.

If the number of new infections slows in other parts of the world as it has in China, if the U.S. jobs market remains as solid as it's been and if all the unease in markets ends up creating just a short-term dip in confidence among shoppers, all this may recede quickly. But those are a lot of potential pain points.

“There are more if's than at any other time in this 11-year bull market,” say strategists at BTIG.