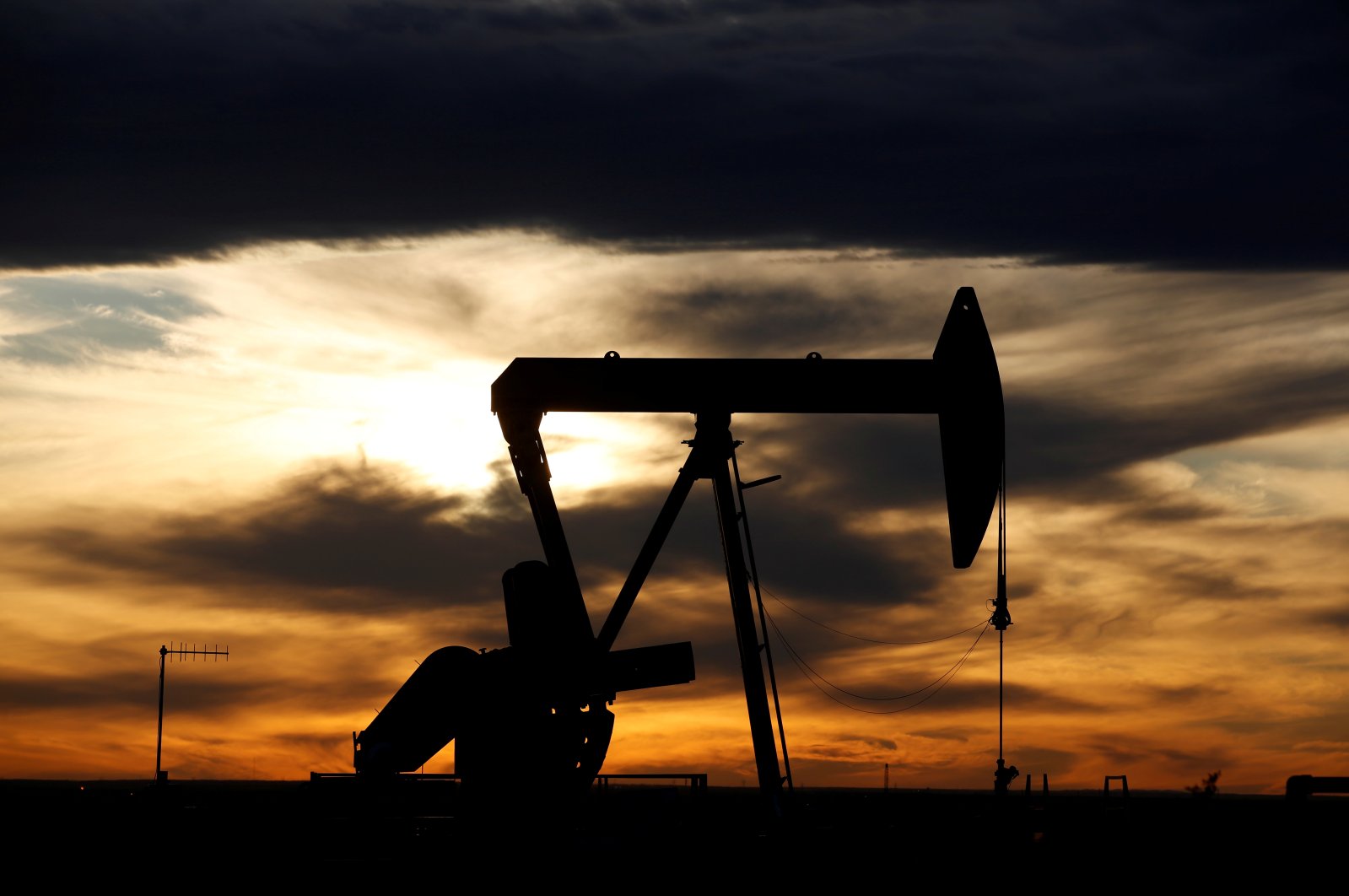 Oil prices fell on Monday after Saudi Arabia and Russia delayed a meeting to discuss output cuts that could help reduce global oversupply as the coronavirus pandemic pummels demand.

Brent crude fell more than $3 (TL 20) when Asian markets opened but recovered some ground with traders hopeful that a deal between the top producers was still within reach.

The Organization of the Petroleum Exporting Countries (OPEC) and its allies, a group known as OPEC+, are expected to meet on Thursday, instead of Monday, to discuss cutting production.

A supply deal between the OPEC, Russia and other producers that had propped up oil prices for three years collapsed in March, while the coronavirus hammered demand.

Riyadh and Moscow blamed each other for the failure and launched a battle for market share, sending oil prices to their lowest in two decades and straining the budgets of oil-producing nations while hurting higher-cost producers in the United States.

"Perhaps it is best that the meeting was delayed for producers to cement a minimum of common ground before the actual discussions take place on Thursday," said BNP Paribas analyst Harry Tchilinguirian, although he said initial disappointment at the delay had driven down prices in Asian business.

Kremlin spokesman Dmitry Peskov Monday said Moscow was ready to coordinate with other oil-exporting countries to help stabilize the market and that the OPEC+ meeting was delayed for technical reasons.

A top Russian oil negotiator also said Monday that Saudi Arabia and Russia are close to a deal on oil output cuts to reduce global glut, but details such as how to share out production curbs remained unclear ahead of talks planned for later this week.

U.S. President Donald Trump said last week he had brokered a deal with Moscow and Riyadh.

"I think the whole market understands that this deal is important and it will bring lots of stability, so much important stability to the market, and we are very close," Kirill Dmitriev, one of Moscow's top oil negotiators who also heads Russian's sovereign wealth fund, told CNBC.

Dmitriev was the first to make a public declaration last month about the need for an enlarged supply pact, potentially involving producers outside the OPEC+ group.

Trump has said a deal could see cuts of 10% to 15% in global supply, although analysts say even such a huge reduction would still not solve the immediate problem of oversupply, which by some estimates has crashed by 20% to 30%.

OPEC+ is said to be working on a deal to cut production by about 10% of world supply, or 10 million barrels per day (bpd), in what member states expect to be an unprecedented global effort.

But Rystad Energy's head of oil markets Bjornar Tonhaugen said even if the group agrees to cut up to 15 million bpd, "it will only be enough to scratch the surface of the more than 23 million bpd supply overhang predicted for April 2020."

Russia and Saudi Arabia have long been frustrated that curbs by the OPEC and others have left a gap that has been filled by shale oil firms in the U.S., which became the world's biggest producer.

Producers also differ over the level from which they should make any output cuts. Riyadh, with by far the world's biggest reserve of extra capacity, has insisted it will no longer carry what it considers an unfair burden of cuts.

Russia President Vladimir Putin has said the base should be production levels in the first quarter.

In its race to secure a bigger share of the market after the OPEC+ deal fell apart, Saudi Arabia raised its crude output to 12.3 million bpd on April 1 and said it planned to export to more than 10 million bpd starting in April.

An OPEC source told Reuters the base was "negotiable," adding every producer faced the same threat that the world's oil storage capacity was fast reaching a limit. "The cliff is visible to everyone," the source added.

Still, the sentiment was lifted by Riyadh's decision to delay releasing its official crude selling prices to Friday, pending the outcome of the OPEC+ meeting.

Trump said on Sunday he could slap "very substantial tariffs" on oil imports if prices stayed low, but he also said he did not expect this would be needed.

"Wherever you look, the narrative is the same: the global economy is in a painful recession," Stephen Brennock of oil broker PVM said. "As OPEC+ ponders fresh supply curbs, you can't help but think that the oil market will continue to be at the mercy of the virus pandemic."

OPEC member Iraq said on Sunday any new deal needed support from major producers from outside OPEC+, such as the U.S., Canada and Norway.

The U.S. authorities have yet to indicate what, if any, action it might take. In rare moves, Canada and Norway have signaled their willingness to curtail production.

After Thursday's scheduled OPEC+ talks, G-20 energy ministers and members of some other international organizations will hold a video conference, hosted by Saudi Arabia, on Friday, a senior Russian source told Reuters, as part of the efforts to get the United States involved in a new deal on production cuts.