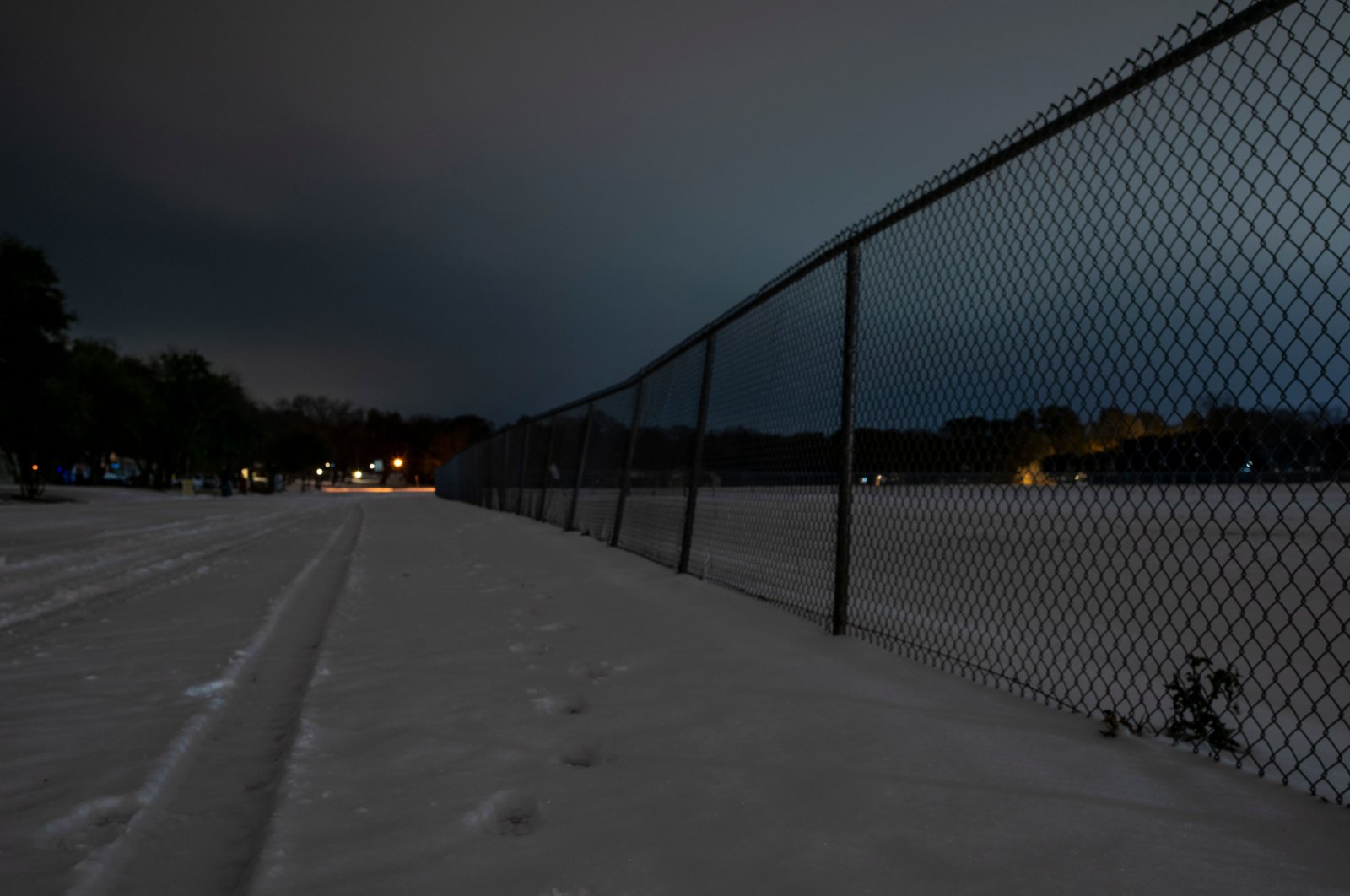 Tire tracks and footprints are seen in a snow-covered neighborhood in Waco, Texas as severe winter weather conditions over the last few days have forced road closures and power outages across the state, U.S., Feb. 17, 2021. (AFP Photo)
by REUTERS Feb 18, 2021 2:25 pm
RECOMMENDED

Both benchmarks rose about $1 on Wednesday and have gained about 6% since their close last Thursday.

Texas’ freeze entered a sixth day on Thursday, as the largest energy-producing state in the United States grappled with massive refining outages and oil and gas shut-ins that rippled beyond its borders into neighboring Mexico.

Roughly 1 million barrels per day (bpd) of crude production has come to a halt, according to Wood Mackenzie analysts, and it could be weeks before it is fully restored.

“Oil prices got a boost again from expectations that the disruptions of Texas oil producers and refiners due to the cold storm could last for a while,” said Hiroyuki Kikukawa, general manager of research at Nissan Securities.

“With hopes of fresh U.S. economic stimulus and wider rollouts of the COVID-19 vaccine, oil prices are expected to stay on the bullish trend,” he said, predicting that WTI could test a key $65 level.

U.S. Energy Information Administration (EIA) oil inventory data will be released later on Thursday, delayed by a day after a holiday on Monday.

Oil’s rally in recent months has also been supported by a tightening of global supplies due largely to production cuts from the Organization of the Petroleum Exporting Countries (OPEC) and allied producers in the OPEC+ grouping that includes Russia.

OPEC+ sources told Reuters the group’s producers are likely to ease curbs on supply after April given the recovery in prices.