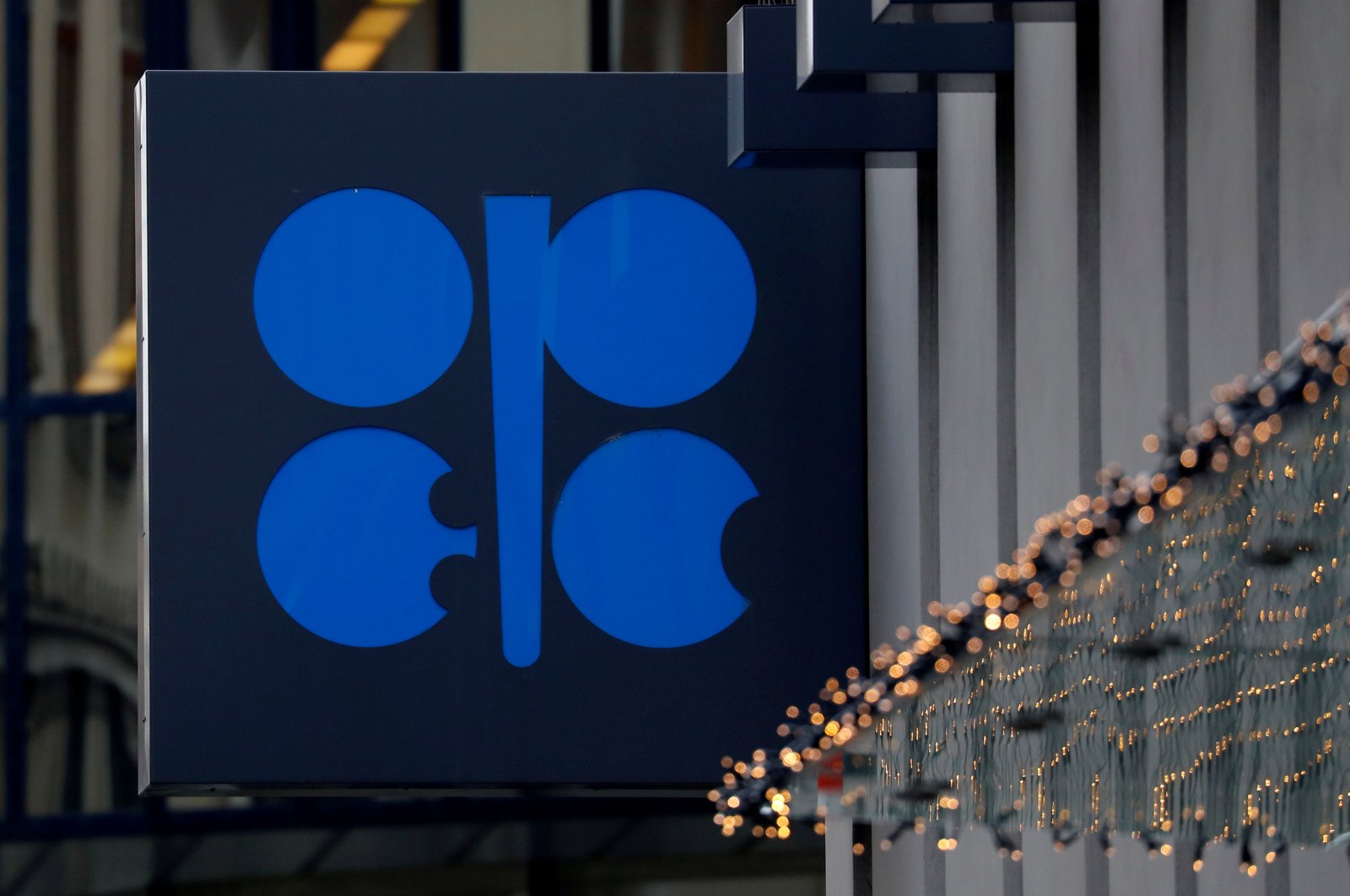 The logo of the Organization of the Petroleum Exporting Countries (OPEC) sits outside its headquarters ahead of a meeting between OPEC members and non-OPEC countries, Vienna, Austria, Dec. 6, 2019. (Reuters Photo)
by Compiled from Wire Services Apr 06, 2020 11:24 pm

The group of oil producers known as OPEC+, including Saudi Arabia and Russia, are likely to agree to cut production at a meeting scheduled for Thursday as long as the United States joins in cutting output, three OPEC+ sources told Reuters.

A previous production-cut deal ended last month after Russia and Saudi Arabia were unable to come to an agreement to curb output further as the coronavirus pandemic destroyed demand.

Now, with fuel demand falling by roughly 30%, members of the Organization of the Petroleum Exporting Countries (OPEC) and allies including Russia are looking to rein in supply. However, they want others, like the United States, to join.

Meanwhile, Brazil's energy minister said he plans to attend an oil ministers meeting on oil markets on the sidelines of the Group of 20 (G-20) summit following a Saudi invitation.

Oil prices fell Monday after Saudi Arabia and Russia delayed the meeting to discuss output cuts that could help reduce global oversupply as the coronavirus pandemic pummels demand. Riyadh and Moscow blamed each other for the failure and launched a battle for market share, sending oil prices to their lowest in two decades and straining the budgets of oil-producing nations while hurting higher-cost producers in the United States.