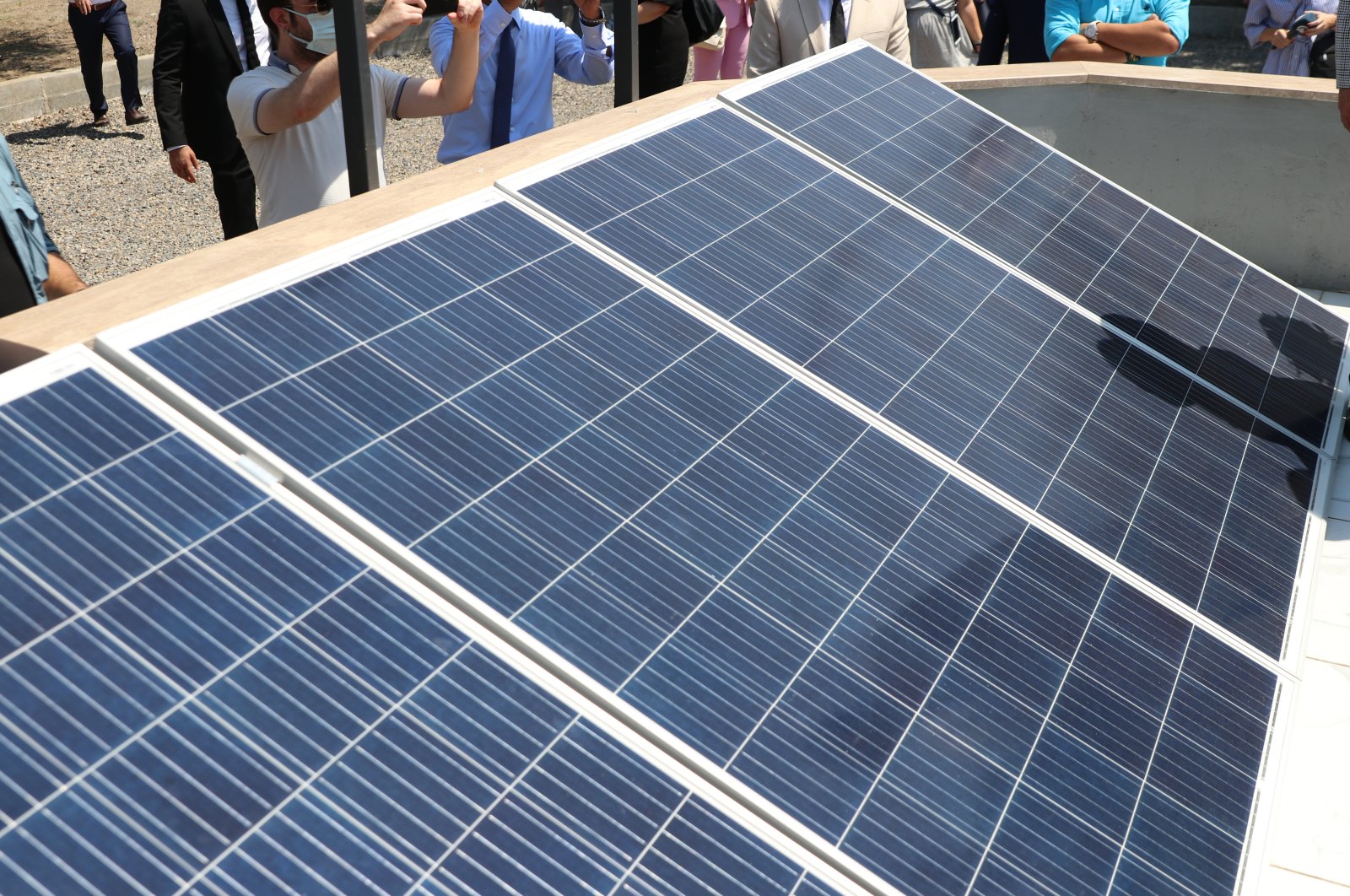 Five provinces, namely central Konya, northwestern Bursa and Kocaeli and southern Mersin and Hatay were chosen as they all have considerable renewable energy potential and a high number of Syrian refugees.

The program covers a 247-hour curriculum that covers the manufacturing, installation and maintenance of equipment and systems in power plants using renewable energy in the selected provinces.

A minimum of 500 Syrians under temporary protection and Turkish host community members, of which at least a quarter are women, hope to complete the program that runs until April next year. The participants who complete the program will receive a course completion certificate from the Ministry of National Education for Life-Long Learning.

Five laboratories will offer theoretical courses combined with practical instructions as well as health and safety guidance in an environment where the latest solar equipment, like solar panels, wind turbines, automation systems, electric and electronic infrastructure, are made available. The laboratories will also serve as a research and development resource for local universities, the private sector and the public.

The opening ceremony for the new laboratory located in Iskenderun Organized Industrial Zone (OIZ) in Hatay was held on July 30. Speaking at the ceremony, UNDP Turkey Resident Representative Louisa Vinton said the launch provided an opportunity to see firsthand how the region that has received more than 500,000 Syrian refugees has coped with the challenge.

She commended Turkey on its leading role in providing humanitarian support to help the Syrian refugee crisis by offering opportunities through these types of projects.

She added that projects like this “make Turkey stand out as such an excellent example for the rest of the world."

Vinton explained that the five laboratories established under the project serve two main purposes: offering training and skills that can serve as a bridge to a good job, and secondly as a tool for self-reliance for both Syrian guests and members of their host communities.

"In keeping with the spirit of the Sustainable Development Goals which basically boil down to the idea of leaving no-one behind, it is vital for the UNDP that in every instance where we are responding to the Syrian refugee crisis that we remember that there are people at risk of being left behind in host communities as well as among the refugee population," she said.

The other motivation for the project is to make a conscious investment in a greener future, which Vinton noted was becoming more necessary with the consequences of climate change, like floods, droughts and forest fires, the latter of which Turkey has recently been facing.

"Every day we are seeing more evidence of the dreadful damage that is being done to the world by climate change whether it is in disastrous floods or even these horrible forest fires that have hit Turkey," she said.

"We see that renewable energy is growing very fast in Turkey. So we hope and trust and I am very confident from some of the discussions that we had this morning that we hit the right moment. Graduates of these renewable energy courses will find jobs that require skilled workers at this very moment," she said.

According to Vinton, the graduation of the first 500 students from this program is just the beginning.

Kang Jung, a minister counselor at the Korean Embassy in Ankara, said these laboratories would help the Syrian refugee community in Hatay as well as the local host community by creating a diverse workforce and more jobs.

"I am also confident that this project will contribute to the resilience and social cohesion of the Republic of Turkey. Turkey is the biggest recipient of refugees and taking this opportunity I would like to thank the Turkish government for their generous attitude and assistance toward refugees," he said.

"As a close friend of Turkey, the Republic of Korea will continue to support and contribute to refugee programs in Turkey. The Embassy of Korea would especially like to focus on the benefit of the local community and local business community," Jung concluded.