Russia can't use gas transit as 'weapon' against Ukraine: Merkel 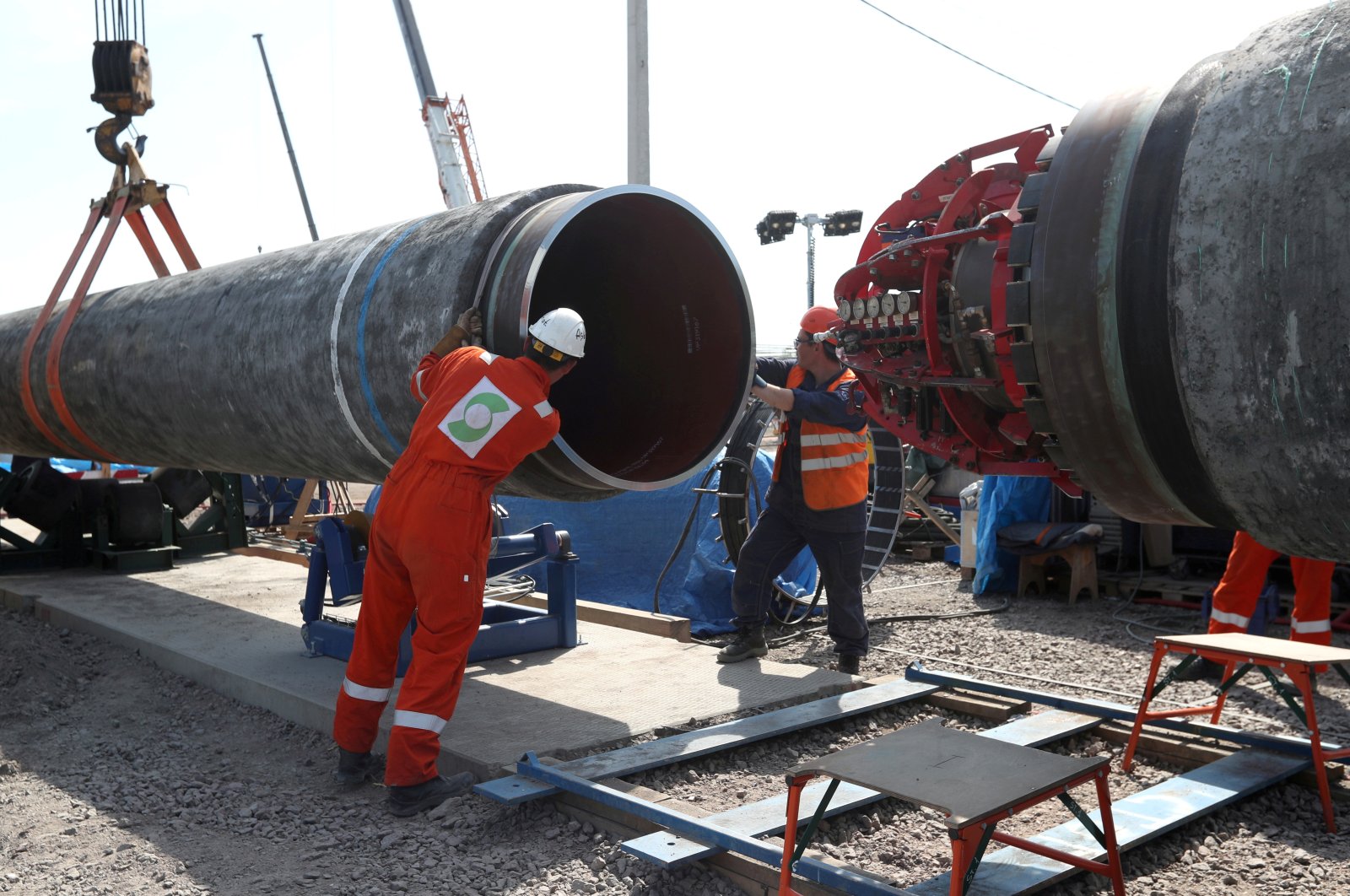 Workers are seen at the construction site of the Nord Stream 2 gas pipeline, near the town of Kingisepp, Leningrad region, Russia, June 5, 2019. (Reuters Photo)
by Agencies Aug 22, 2021 3:29 pm
RECOMMENDED

Russia should not use its natural gas – which will soon bypass Ukraine on its way to Europe thanks to the nearly completed Nord Stream 2 pipeline – as a "geopolitical weapon," German Chancellor Angela Merkel said Sunday.

"We agree with the Americans that gas must not be used as a geopolitical weapon and it will come down to if there is an extension to the transit contract via Ukraine," she said, referring to the expiry of Moscow's agreement with Kyiv in 2024.

During a joint press conference with Merkel in Kyiv, Ukrainian President Volodymyr Zelenskyy, however, stated his country sees the soon-to-be-completed Nord Stream 2 pipeline as "a dangerous geopolitical weapon.”

"We view this project exclusively through the prism of security and consider it a dangerous geopolitical weapon of the Kremlin," Zelenskyy said.

He said he wanted more clarity on what would happen after Kyiv's gas transit agreement with Russia expires in 2024, saying discussions on the issue had been vague.

Ukraine in July had requested EU-level consultations over the United States and Germany’s reaching of a breakthrough in their long-running conflict regarding Nord Stream 2.

Washington said at the time it was dropping its opposition to the nearly completed project in exchange for commitments by Berlin – namely that the German government takes punitive measures should Russia attempt to use energy as a weapon or commit further aggressive acts against Ukraine.

The impact the huge infrastructure project will have on Ukraine and the greater influence it will give Russia over Europe's energy needs have driven a wedge between Berlin and its Russia-sceptic Eastern European allies.

The U.S. also remains highly skeptical, but the Biden administration ultimately decided it was prepared to soften its stance to improve ties with Berlin after relations plummeted under former President Donald Trump.