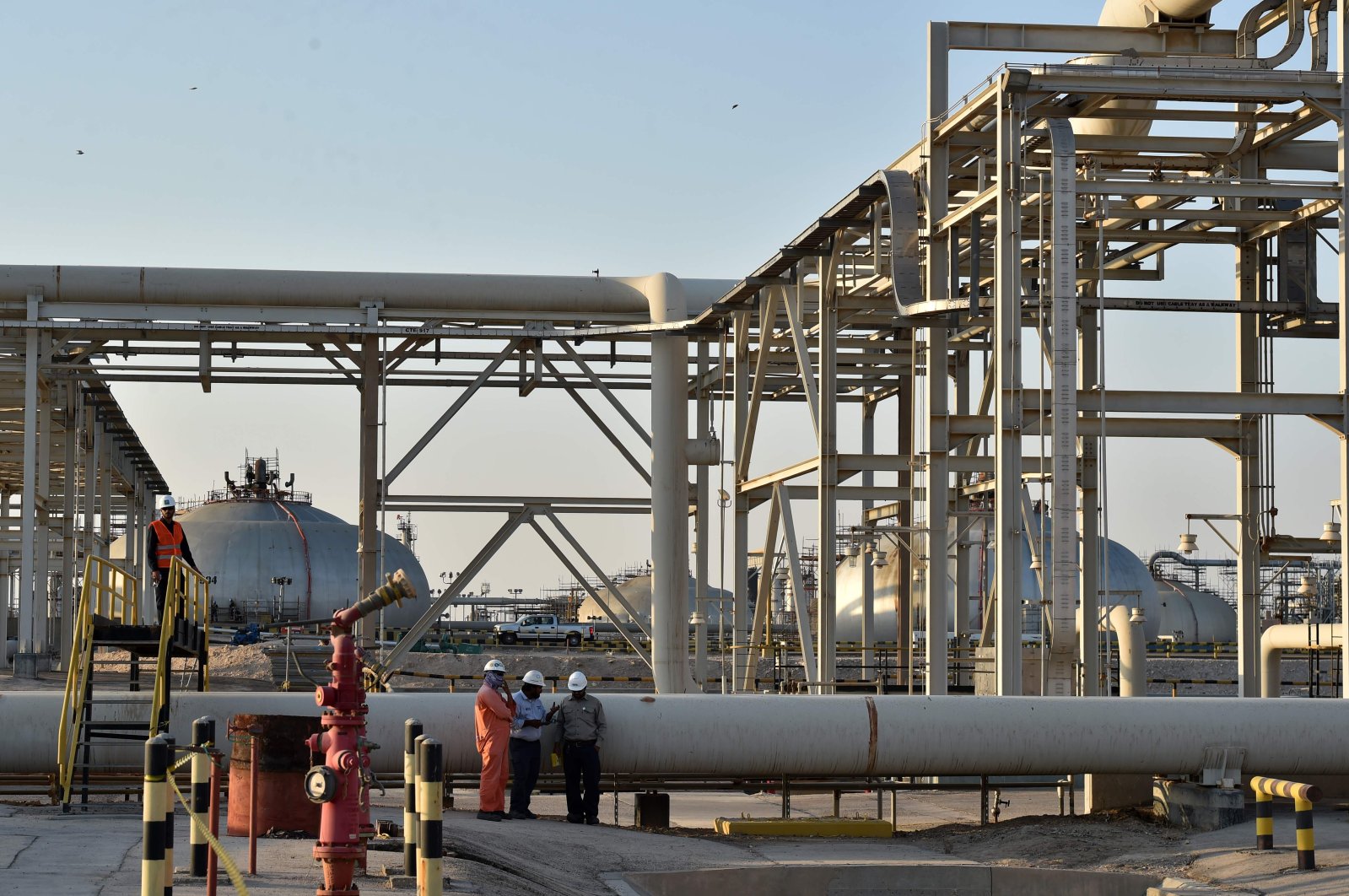 Saudi Arabian state oil giant Aramco on Tuesday reported a 25% fall in first-quarter net profit, missing analyst estimates, but its quarterly dividend was in line with a plan for a $75 billion base payout to shareholders for the year.

Brent crude prices fell 65.6% in the first quarter, before OPEC+ producers agreed to cut oil supply by a record 9.7 million barrel per day starting from May to help shore up plunging prices and curb oversupply.

Analysts had expected a profit of $17.8 billion, according to the mean estimate from Egyptian investment bank EFG-Hermes, Saudi Arabia's Al Rajhi Capital and Dubai-based Arqaam Capital.

The government of Saudi Arabia, which owns the majority of Aramco, had earlier said state oil revenues were down by nearly a quarter in the first three months of 2020 compared to the same time last year.

Just Sunday, the Saudi Energy Ministry directed Aramco to deepen production cuts and limit output to 7.5 million barrels per day in June. This comes as the storage for crude nears max capacity due to lower demand for oil globally.

Shares of Aramco were up 0.8% at 31.15 riyals at 0730 GMT, still trading below the IPO price of 32 riyals. The oil company, which went public last year, has said total dividends of $13.4 billion were paid in the first quarter, in respect of the fourth quarter of 2019.

Dividends of $18.75 billion for the first quarter of 2020 "are the highest of any listed company worldwide" and will be paid in the second quarter, Aramco said. It gave no more details.

The dividend payment is in line with its plan to pay a base dividend of $75 billion for the year. Analysts were expecting a cut in the dividend to the Saudi government, but expected that the company was likely to maintain payouts to minority shareholders.

Aramco did not make any announcement on its future dividend policy, however.

The oil and gas company is nearly entirely owned by the Saudi state, with just under 7% of the company listed on the local Saudi Tadawul exchange. Shortly after listing in mid-December, Aramco's market capitalization reached beyond $2 trillion, making it comfortably the world’s most valuable company. Company shares have traded down since then.

The company's financial details were long a closely-held secret until Aramco began preparations for the sale of a portion of its shares last year.

"Looking ahead to the remainder of 2020, we expect the impact of the COVID-19 pandemic on global energy demand and oil prices to weigh on our earnings," Aramco's CEO Amin Nasser said in a statement.

"We continue to reinforce the business during this period by reducing our capex and driving operational excellence. Longer term we remain confident that demand for energy will rebound as global economies recover," he said.

Aramco said it continues to expect capital spending for 2020 to be between $25 billion and $30 billion. Capital expenditures for 2021 and beyond remain under review.

Capital expenditures in the first quarter were $7.4 billion, compared to $7.2 billion for the same period in 2019, "due to continued project development and upgrades at various facilities," Aramco said.

Aramco has kept its oil output at around 9.8 million barrels per day during the first three months of the year under an OPEC+ supply cut pact, before opening the oil taps in April after the collapse of earlier supply cut talks in early March.

Yousef Husseini, an analyst at EFG Hermes, said there was no change to the dividend policy in the first quarter, but he still expects the share of the dividend paid to the government will be reduced.

“They will cut the share of the government in the second quarter but there is some upside if they renegotiate the SABIC deal which could save them some cashflow," he said, adding that keeping the dividend policy unchanged buys Aramco some time to see how the global economic situation develops.

Aramco's cash flows from operating activities, stood at $22.4 billion in the first quarter, compared to $24.5 billion in the same period of 2019, the company said.

Aramco plans to acquire a stake in Saudi petrochemical maker SABIC for around $70 billion, though sources told Reuters this week that the deal was likely to be restructured with the slump in oil prices due to the coronavirus.

It said earlier Tuesday that its planned acquisition of a 70% equity stake in petrochemical maker SABIC is on track to close in the second quarter.