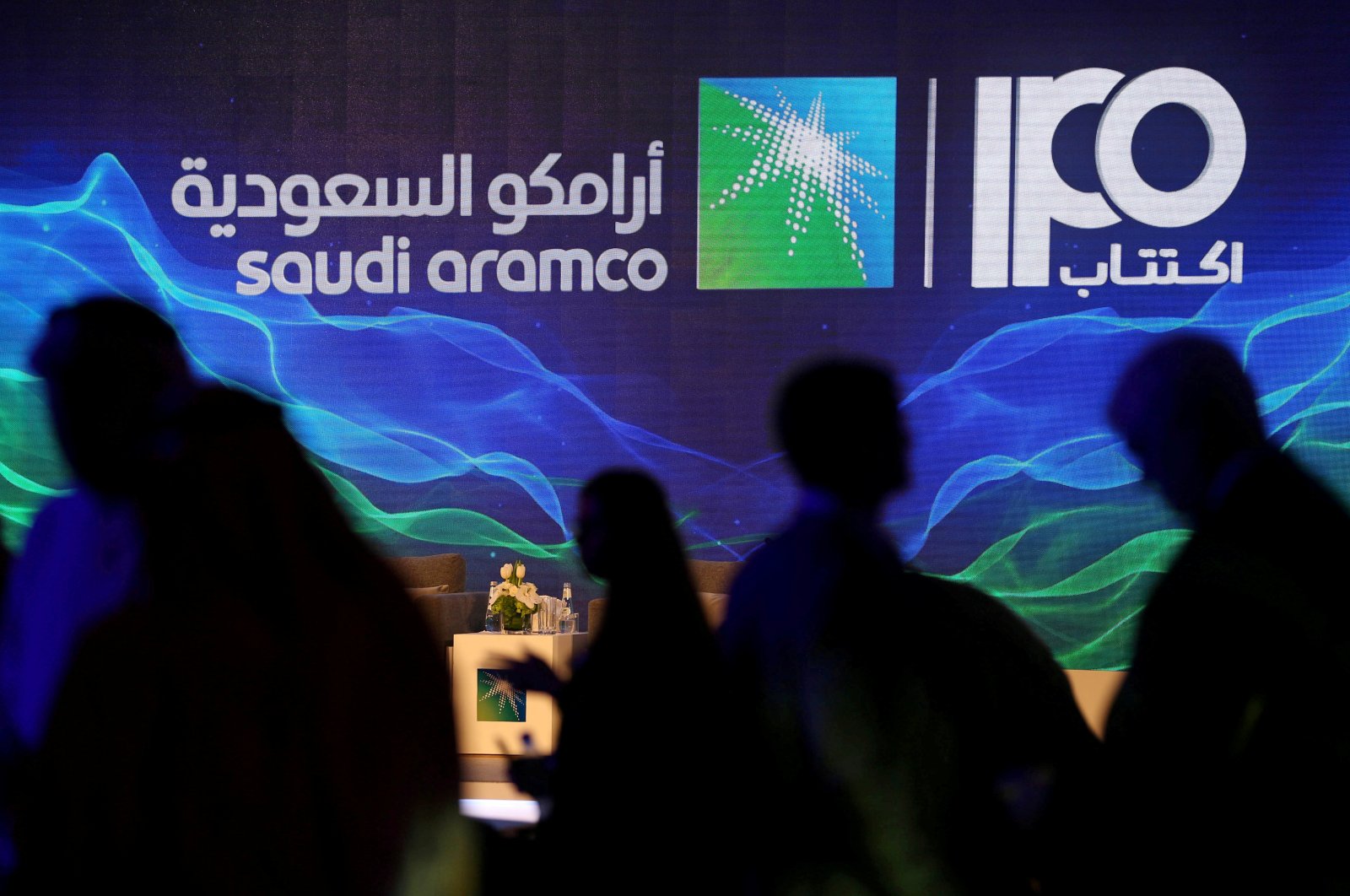 The logo of Saudi Aramco's initial public offering (IPO) is seen during a news conference by the state oil company at the Plaza Conference Center in Dhahran, Saudi Arabia Nov. 3, 2019. (Reuters Photo)
by Compiled from Wire Services Mar 08, 2020 10:45 am
Edited By Alen Lepan
RECOMMENDED

Saudi's stock exchange fell 6.5% and other Gulf markets tumbled to multiyear lows at the start of trading Sunday after OPEC and its allies failed to clinch a deal over oil production cuts.

The Dubai Financial Market saw stocks drop by over 8% in a steep sell-off. Boursa Kuwait stopped trading as shares fell below 7%. The Abu Dhabi Securities Exchange dropped by 6%. Saudi Arabia’s Tadawul stock exchange fell over 6% as the market opened.

OPEC and key ally Russia failed to agree on a cut to oil production Friday. That saw crude oil prices, the bedrock commodity of the Mideast, drop. Benchmark Brent crude sold Sunday for around $45 a barrel, down some 11% from the year prior.

The demand for oil has dropped as air travel has been affected by the outbreak of the virus.

The wider Mideast now has over 6,000 confirmed cases of the new coronavirus and COVID-19, the illness it causes.

In hard-hit Iran, the Health Ministry said Saturday that 21 more people had died from the virus, bringing the death toll to 145. More than 1,000 new infections were also confirmed overnight, bringing the total to 5,823 cases nationwide.

Among the dead was Fatemeh Rahabar, a 55-year-old newly elected lawmaker who passed away in Tehran, the state-run IRNA news agency reported Saturday. She'd been elected to the next parliament that begins work in May. Earlier this week, Iranian lawmaker Abdolreza Mesri told state television that 23 members in the current parliament had the coronavirus, and urged all lawmakers to avoid the public.

Meanwhile in Egypt, a cruise ship on the Nile River with over 150 tourists and local crew was in quarantine Saturday in the southern city of Luxor, as 45 people on board tested positive for the new coronavirus, authorities said.