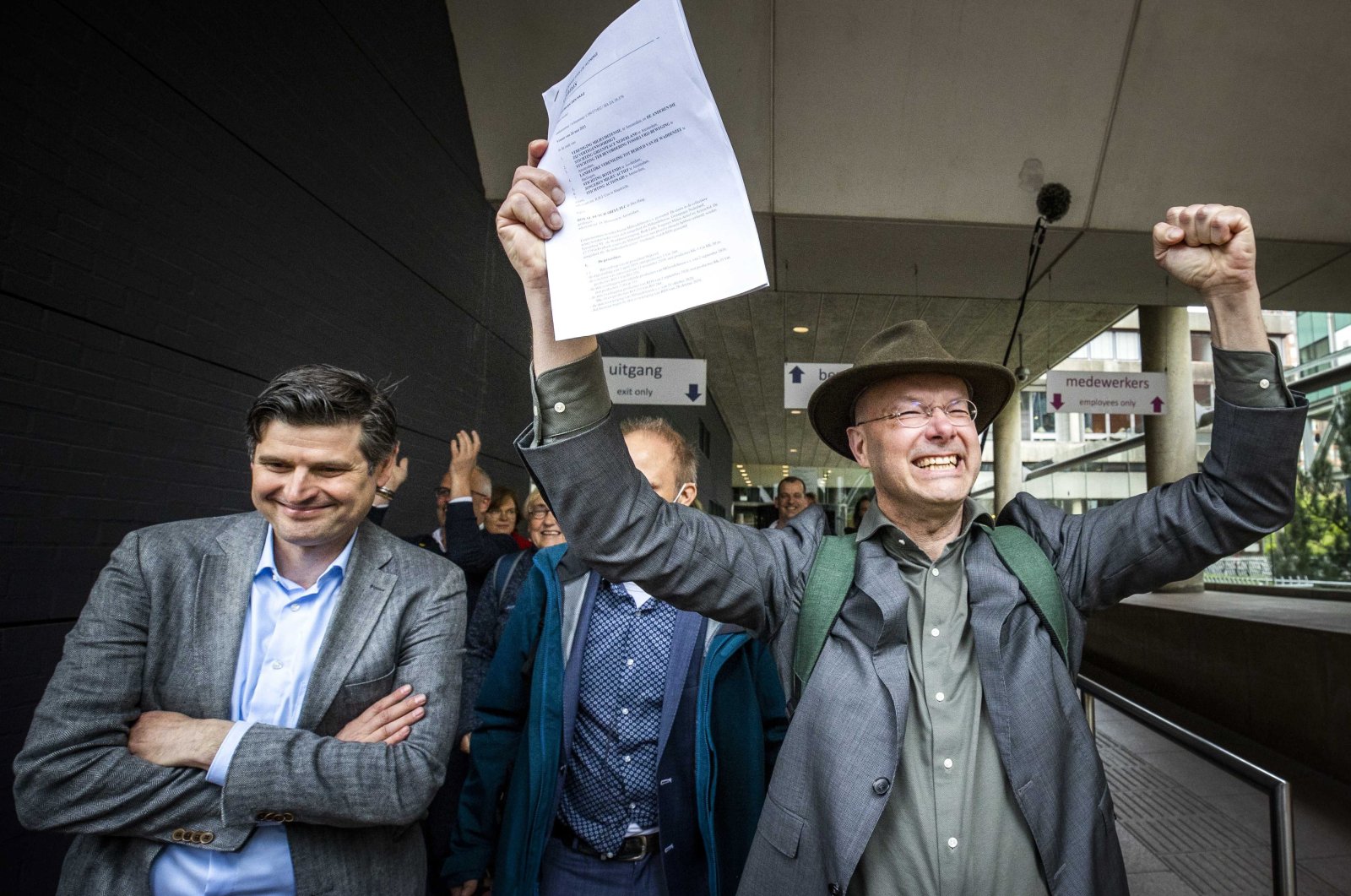 Last week, climate activists scored big against Western oil majors Royal Dutch Shell, ExxonMobil and Chevron, leaving those companies under pressure to cut carbon emissions faster. Other global oil giants were quick to seize on the events, as it means potentially more business for the likes of Russia's Gazprom and Rosneft, the Abu Dhabi National Oil Company (Adnoc), and Saudi Arabia’s national oil company Saudi Aramco, as well as other members of the Saudi-led OPEC.

The same day, the top two United States oil companies, Exxon Mobil Corp and Chevron Corp (CVX.N), both lost battles with shareholders who accused them of dragging their feet on climate change.

"It looks like the West will have to rely more on what it calls "hostile regimes" for its supply," joked a high-level executive from Russia's Gazprom oil and gas group, referring to energy companies around the world owned completely or mostly by the state.

A senior Saudi Aramco staffer said the court ruling would make it easier for OPEC to ramp up production.

"It is great for Aramco," the staffer said.

Western oil majors such as Shell have dramatically expanded in the last 50 years, as the West sought to cut its reliance on energy from the Middle East and Russia.

Those same Western energy majors, including BP and Total, have set out plans to sharply reduce emissions by 2050. But they face growing pressure from investors to do more to meet United Nations-backed targets to limit global warming.

Saudi Aramco, listed on the Saudi stock exchange but majority state-owned, is not under the same sort of pressure to cut its carbon emissions, although the kingdom's rulers aim to sharply increase the country's use of renewables.

Gazprom expects demand for natural gas to grow in the coming decades and for it to play a bigger role in energy consumption than renewable sources and hydrogen.

Western oil majors control around 15% of global output, while OPEC and Russia have a share of around 40%. That share has been relatively stable in the last few decades as rising demand was met with new producers such as smaller private U.S. shale firms, which today face similar climate-related pressures.

Since 1990, global oil consumption has grown to 100 million barrels per day from 65 million bpd, with Asia providing the lion's share of growth.

Countries such as China and India have made no pledges to reduce oil consumption, which on a per capita basis is still a fraction of the levels in the West. China will rely heavily on gas to cut its huge coal consumption.

The International Energy Agency (IEA), which looks after the energy policies of the West, issued a stark appeal last month to the world to essentially scrap all new oil and gas developments. But it gave no clear formula on how to reduce demand.

"It is vital that the global oil industry aligns its production to the Paris goals. But that must be done in step with policy, changes to the demand side, and the rebuilding of the world’s energy system," said Nick Stansbury from Legal & General, which manages 1.3 trillion pounds ($1.8 trillion) in assets on behalf of savers, retirees and institutions.

"Forcing one company to do so in the courts may – if it is effective at all – only result in higher prices and foregone profits," he said. Legal & General, one of the world's largest fund managers, holds assets in most oil majors.

Climate lawsuits have been filed in 52 countries in the past two decades, with 90% of those in the U.S. and European Union, risk consultancy Verisk Maplecroft said.

"In the West, energy investments will peak on fears and concerns over regulations and court rulings. Then, we will see peak dividends," said the Aramco executive. Aramco pays the highest annual dividend of $75 billion.

Over the past five years, the IEA has been predicting a large oil shortage and an oil price spike due to a lack of investments following the 2014-2017 oil price crash.

An oil price rally, coupled with the declining strength of oil majors, would mean a large wealth transfer from the West to countries such as Russia and Saudi Arabia until demand starts declining not only in the West but in Asia too.

"The same oil and gas will still be produced. Just with lower ESG standards," said an executive from a Middle Eastern producer, who previously worked for an oil major, referring to environmental, social and governance performance measurements.