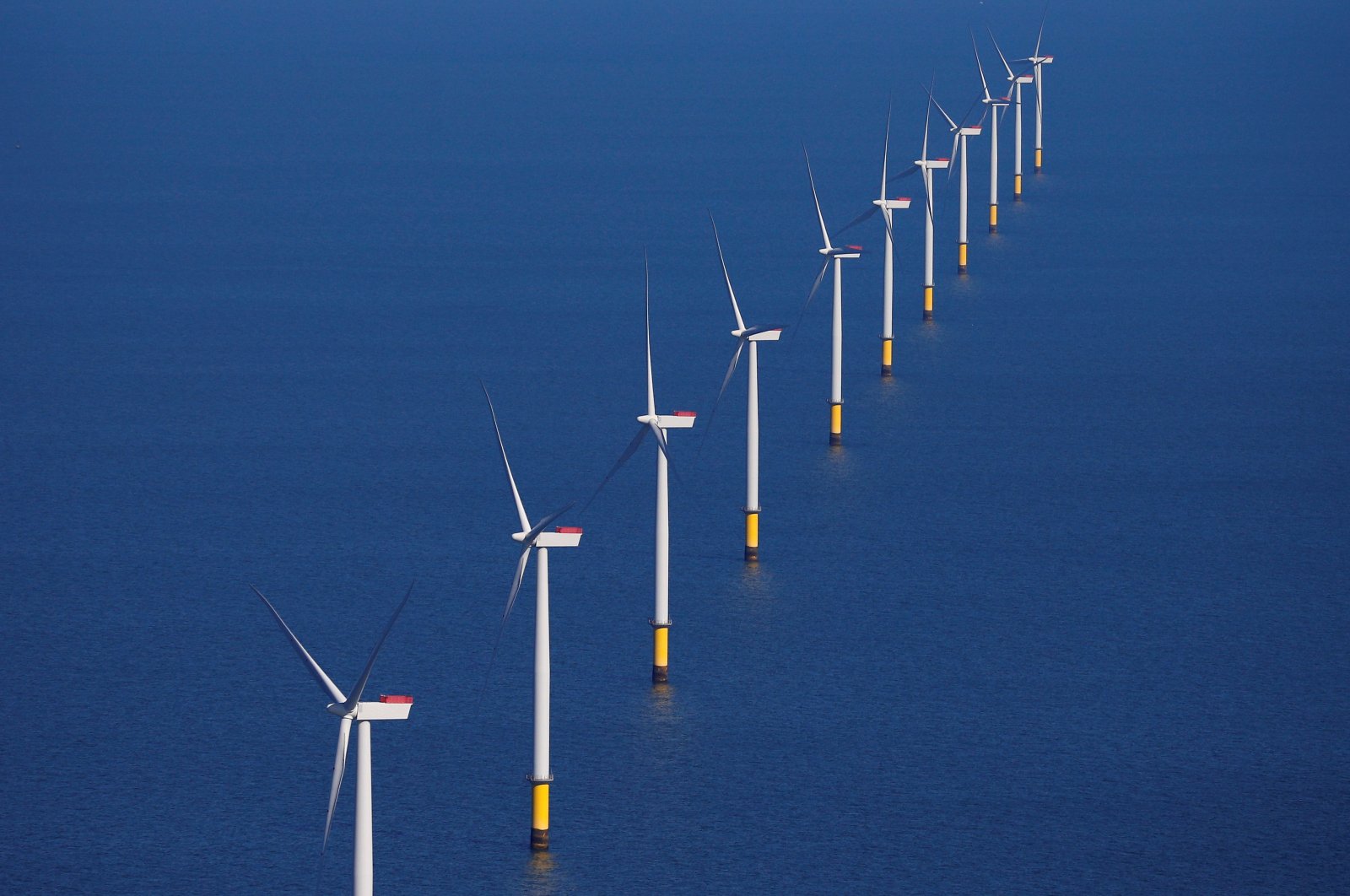 Turkey’s total offshore wind power potential stands at 75 gigawatts (GW), Offshore Wind Energy Association (DÜRED) Chairperson Murat Durak said Monday, noting that they have reached a certain stage in works at some ports in the Marmara and Aegean regions and that they can now carry out offshore wind power plant projects.

Durak told Anadolu Agency (AA) that the DÜRED was established on April 5, 2021, to bring the energy and maritime sector together and to drive investments in offshore wind energy plants.

He said that the Aegean region has the greatest offshore wind energy potential, noting that technically, the region where the wind reaches the speed of 9 meters per second (20 miles per hour), has a 25 GW plant potential, 6 GW of which is fixed and 19 GW is on floating plants.

The region is followed by Marmara and Black Sea regions with 7 meters and 8 meters of wind speed per second, respectively.

Durak noted that offshore wind energy plants are more costly when compared with land plants however with the high energy production, a balance can be achieved.

He stressed that Turkey which currently meets over two-thirds of its energy needs through imports needs to use all-natural and local resources.

“Considering our offshore wind energy potential, it is essential to use it in electricity generation, both in terms of energy resource diversity and as a renewable resource. Besides, experience in such power plants is needed for our country to progress in above sea structures.”

The Energy and Natural Resources Ministry’s strategic plan envisages 10,000 megawatts (MW) of offshore wind energy projects for the near future, he added.

Durak continued that the research shows Turkey has offshore wind energy potential of 12 GW in less than 50 meters (164 feet) depth fixed stations and 57 GW of floating plant potential with plants at between 50 and 1,000 meters of depth. There is also little potential outside of these areas, he said.

Besides, Durak said that the wind generation power increases thanks to the increased capacity of the turbines. Thus, studies show that Turkey's total offshore wind energy potential is at a level of 75 gigawatts.

“Turkey is ready to assess the potential of this sector and there is available labor and equipment in the country.”

Durak pointed out that legal infrastructure and tender processes for offshore wind power plants will pick up speed in the near future.

Stating that they are planning to work in coordination with relevant institutions and organizations, Durak said, “The remarkable progress of our country in the maritime sector in recent years and the experience and know-how in terrestrial wind energy are the most important advantages of using offshore wind technology.”

Lack of expropriation costs in offshore projects is also one of the advantages, and additionally, they do not cause visual or noise pollution because they are far from populated areas.

Besides, he added, the plants would provide regional development and employment while helping develop the marine industry and technologies.