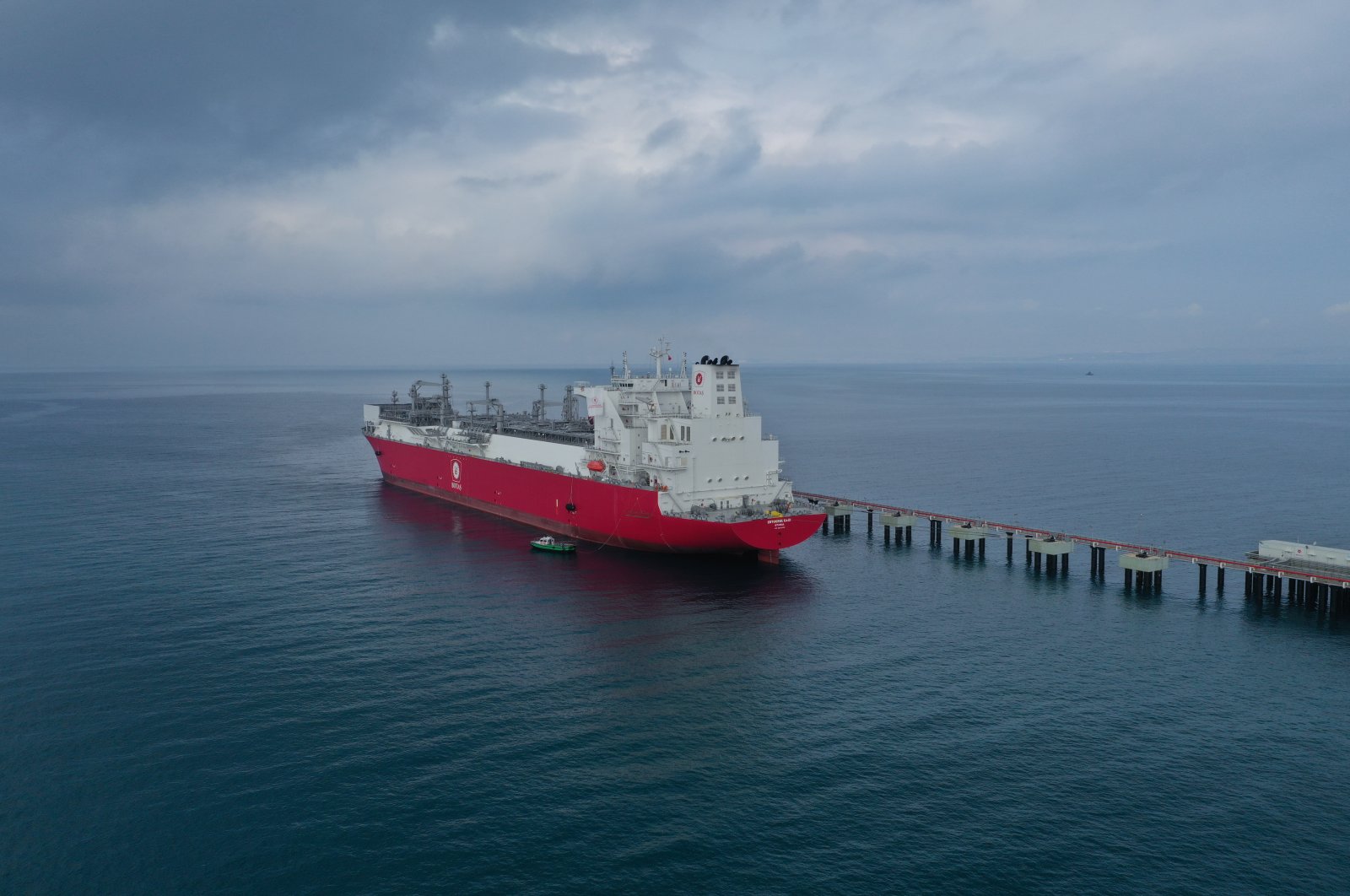 Speaking at the inauguration ceremony of the Ertuğrul Gazi FSRU presided over by Turkish President Recep Tayyip Erdoğan in the country's southern Hatay province, Dönmez said the vessel has the highest gasification capacity among the existing FSRUs in the world.

With speedy integration to the grid system and its ability to mobilize swiftly, the ship can be quickly dispatched to regions where it is needed to supply resource points in areas of high consumption, Dönmez explained.

It will undertake its first ship-to-ship LNG transfer on June 29, he confirmed.

The vessel will help ensure that Turkey’s record of uninterrupted power supply will continue. It will be able to meet 8.2% of the daily natural gas capacity supplied to the grid system.

The Ertuğrul Gazi FSRU would be the first FSRU ship to fly the Turkish flag. It has a length of 295 meters (967 feet), a width of 46 meters, and a height of 63 meters.

It will connect to facilities in the southern Hatay province and will meet the annual household energy demand of the Hatay and Osmaniye provinces.