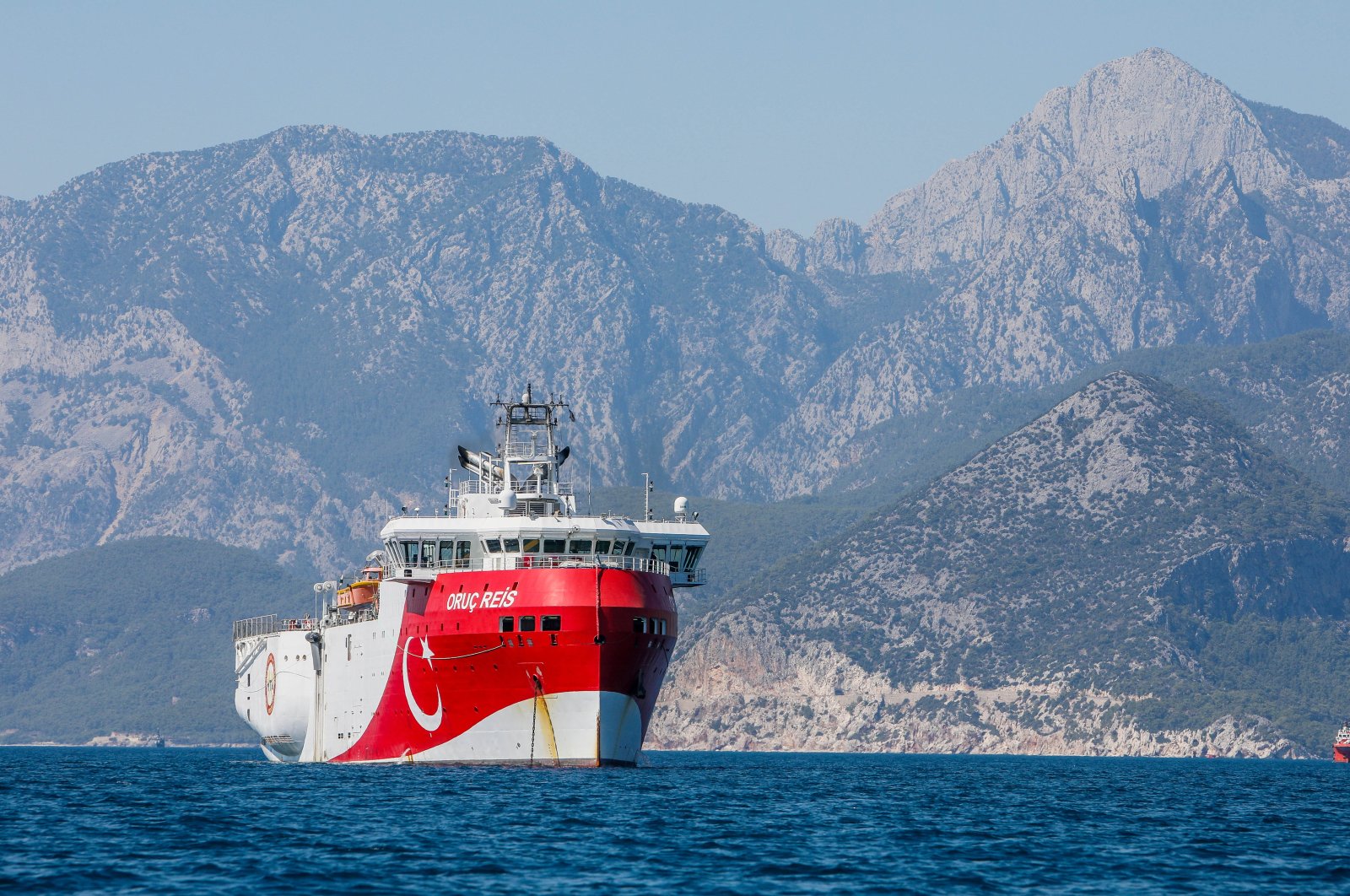 It is of critical importance for Turkey, while issuing an advisory for hydrocarbon research in the Eastern Mediterranean, to demonstrate and pursue its rights under international law regardless of groundless allegations made mainly by Greece, maritime and energy experts say. Athens, acting contrary to maritime law by using a small islet a few miles away from Turkey’s coast as its claim, has been accusing Ankara of violating its rights in the region.

Cem Gürdeniz, a retired admiral, told Daily Sabah in an exclusive interview that the advisories, including the navigational telex (NAVTEX) – an international automated medium-frequency direct-printing service for delivery of navigational warnings, meteorological forecasts and urgent maritime safety information to vessels – whether issued by Greece or Turkey, are not the main topics that need to be discussed under the scope of escalating tensions between the neighboring states. Instead, the main issues are Ankara proving its capabilities in a manner that is compatible with international law, along with understanding the problems that underlie those tensions.

Turkey last year informed the United Nations of the boundaries of its continental shelf following a maritime delimitation deal inked with Libya’s U.N.-backed Government of National Accord (GNA) on Nov. 27, 2019. With this move as a legal basis, the country has full rights to conduct any activities in areas that fall under the continental shelf that the Ankara administration declared to the U.N., by issuing advisories, Gürdeniz said.

The U.N. Convention on the Law of the Sea (UNCLOS) describes the continental shelf within the scope of its legal definition as the stretch of the seabed adjacent to the shores of a particular country to which it belongs.

The Turkish Naval Forces on June 21, as part of hydrocarbon exploration activities, issued a NAVTEX for seismic surveys by Oruç Reis and two supporting vessels in waters south of the Greek islands of Rhodes, Karpathos and Kastellorizo (Meis in Turkish, Megisti in Greek) through Aug. 2. Greece said it was an attempt by Ankara to encroach on its continental shelf, an allegation rejected by the Turkish government. Ankara said the island of Kastellorizo – located about 2 kilometers (1.2 miles) from the Turkish coast and 580 kilometers (360 miles) from the Greek coast – makes up 40,000 square kilometers of the continental shelf.

“Turkey’s stance and the declared shelf is compatible with the international law as well as the jurisprudence of the International Court of Justice (ICJ) and arbitration courts,” Gürdeniz said, stressing that Ankara is not seeking maximalist shares, but rather pursuing rightful claims.

Speaking on the importance of the area that Turkish seismic vessel set sail for last week, in particular, Gürdeniz said, "Meis island is the most critical zone in the region as Greece is trying to get a share of the Eastern Mediterranean," and Athens solely depends on a 6-kilometer-long island that is just 2 kilometers away from the Kaş district of southern Turkey's Antalya province.

Oğuzhan Akyener, director of the Research Center for Energy Strategies and Policies of Turkey (TESPAM), said that when the legal basis is being examined, it is necessary to evaluate the difference between the mainland and the islands that are far from the mainland within the framework of international maritime law.

The Greek statement is based on its maritime principle, according to which islets are viewed as "mainland;" however, such views do not correspond to international law, he said. The principle of equidistance does not hold value in the context of delimitation of exclusive economic zones (EEZ) and continental shelves in international law.

The fundamental rule in both international law and the UNCLOS is based on the principle of equal sharing. This principle enables islands to have relatively less area of continental shelf and EEZ; in fact, the islands might even get completely surrounded by another states' continental shelf. At this point, there are multiple factors taken into consideration, such as the size and location of these lands and their distance to the mainland of the littoral states.

“It is striking that behind the unjust theses of Greece, there is always constant claims of rights from the islets that are far from the mainland,” Akyener said. “As can be seen from similar agreements signed between Greece and Italy, the U.K. and France, Nicaragua and Colombia, Tunisia and Italy, Papua New Guinea and Australia, the islets and islands off the mainland have zero impact on the delimitation of maritime borders.”

Greece and Italy last month signed an agreement on maritime boundaries to establish an EEZ which took into consideration the mainland of both countries, excluding Greece’s own claim of giving islands a position and such rights regarding continental shelves and EEZs.

Gürdeniz added that the latest move by Turkey was met by incomprehensible threats by Greece, even statements of a direct military conflict with the country, which once again demonstrates how irrationally Athens acts. “A war should not even be mentioned regarding Turkey’s seismic activities within the realm of its rights,” he said.

TESPAM’s Akyener also said Turkey’s technical, legal, political, diplomatic and economic activities are set to continue in those areas which were dubbed by the country as “blue homeland.”

“It is not possible to compromise and take a step back in this regard. The country will continue all kinds of commercial activities, including hydrocarbon exploration activities in the rightful areas,” he said.

But pausing the research activities may have resulted from the meeting between Germany and Turkey, Gürdeniz stressed, as Berlin may have persuaded Ankara to give it time in a bid to ease tensions.

The German press later claimed that German Chancellor Angela Merkel met with Turkish and Greek leaders, preventing a military dispute that might have occurred off Kastellorizo due to natural gas exploration activities.

“As the process continues in this way, it is not possible to meet at a common point as Greece continues to pursue impossible and unfair dreams,” Akyener also said, noting that Turkey will certainly not be the only one to need such a consensus.

Akyener said the energy equation in the Eastern Mediterranean is very much related to Turkey, and all relevant regional actors, including the European Union, are also aware of this as they cannot afford to lose Ankara.

Turkey should continue to resolutely take active steps, Akyener stressed, saying that the recent move to put activities on hold is likely to be related to some exclusive technical and economic circumstances.

Presidential spokesman Ibrahim Kalın said Tuesday that Turkey could pause energy exploration operations in the Eastern Mediterranean for a while pending talks with Greece, as a constructive step in regard to Ankara’s relations with neighboring Greece.