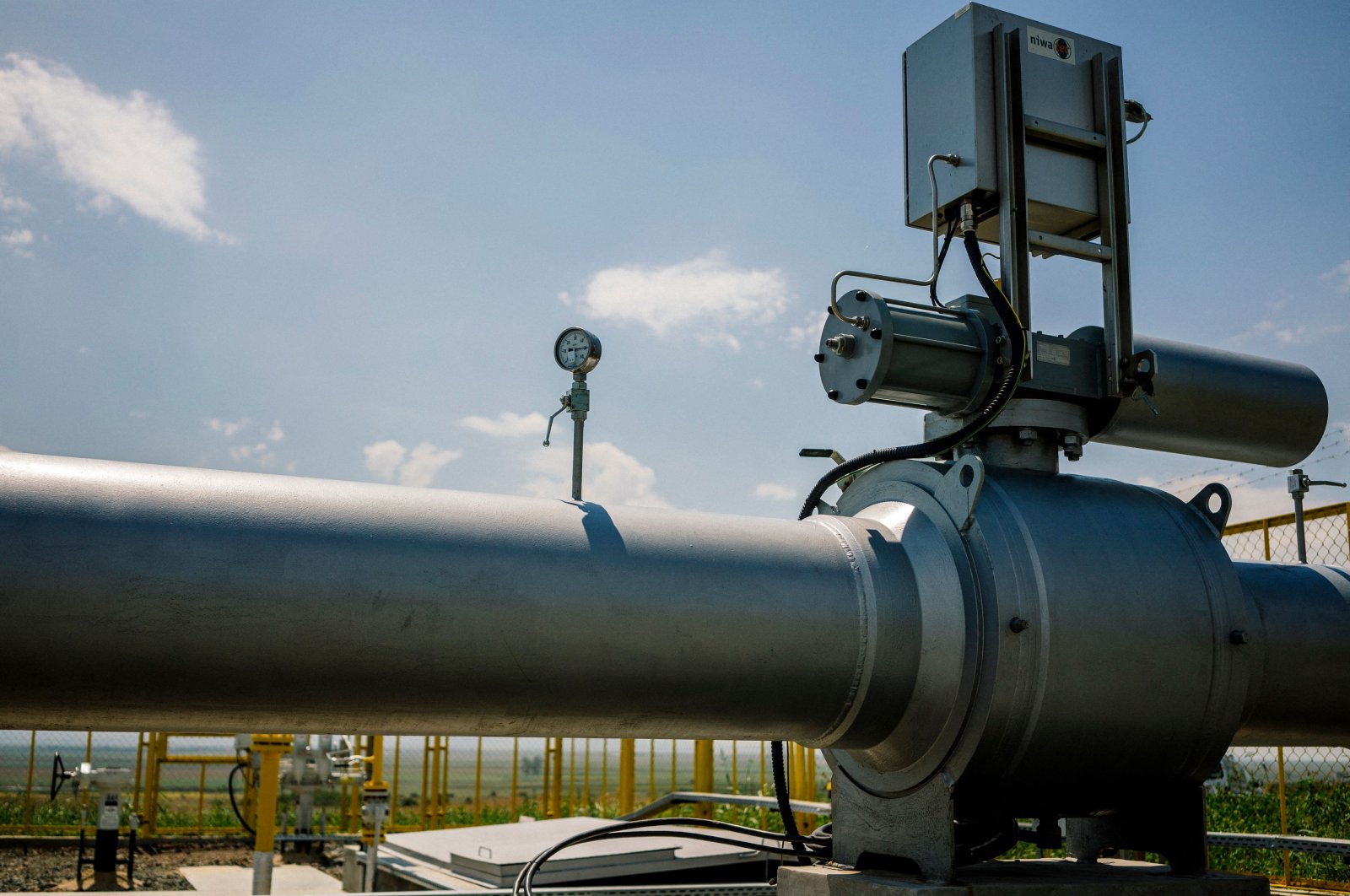 A view of the facility of the Lozenets-Nedyalsko natural gas transit pipeline to Turkey near the village of Lozenets, Bulgaria, Aug. 3, 2018. (AFP Photo)
by DAILY SABAH WITH AGENCIES
Oct 07, 2021 4:18 pm

Turkey is striving to protect its citizens amid rising energy prices across the world, the country’s president said on Thursday, in remarks that came as soaring energy prices cause alarm particularly in Europe.

“We are making every kind of sacrifice to protect our own citizens at a time when energy prices have increased between two and five fold all over the world, especially in Europe,” Recep Tayyip Erdoğan told an extended provincial congress of his Justice and Development (AK) Party in the capital Ankara.

Erdoğan underlined that since the COVID-19 pandemic began, Turkey has kept energy prices under state control at the lowest possible level, subsidizing them if necessary, and continues to do so.

Natural gas prices are at record levels in Europe and Asia, as major markets like China struggle to find enough fuel to meet demand that has bounced back from the coronavirus-induced downturn faster than anticipated.

In Europe, prices this year have rocketed more than 500% on worries that current low levels of storage will be insufficient for the winter. In the United States, natural gas futures recently hit 12-year-highs.

The EU, which imports 90% of its gas, notes that Russia had not followed the lead of its other main supplier, Norway, in stepping up supplies.

President Vladimir Putin said on Wednesday Russia was boosting gas supplies to Europe and stood ready to stabilize the market.

Erdoğan Thursday said Ankara was also working to conclude international contracts that would affect energy prices in a way that would benefit the country the most.

Putin last week said that Turkey is shielded from a gas crisis that has gripped Europe, thanks to the TurkStream gas pipeline, which stretches from Russia to Turkey across the Black Sea.

His remarks came on the sidelines of his talks while speaking with Erdoğan in the Russian Black Sea resort of Sochi.

“And now, when we see quite difficult, turbulent processes on the European gas market, Turkey is feeling absolutely confident and stable,” Putin said in comments on TurkStream.

The TurkStream, with an annual capacity of 31.5 billion cubic meters (bcm), was commissioned in early 2020.

Russian gas producer Gazprom has said the pipeline delivered 20.3 bcm of gas to Turkey from Jan. 1 through Sept. 19, a record high.

The pipeline consists of two 930-kilometer (577.88-mile) offshore lines, and two separate onshore lines that are 142 and 70 kilometers long. The first line with a capacity of 15.75 bcm is designated for supplies to Turkey’s domestic customers, while the second carries Russian gas further to Europe through Bulgaria.