Turkey to reportedly get $3.6B in loans for Paris climate goals 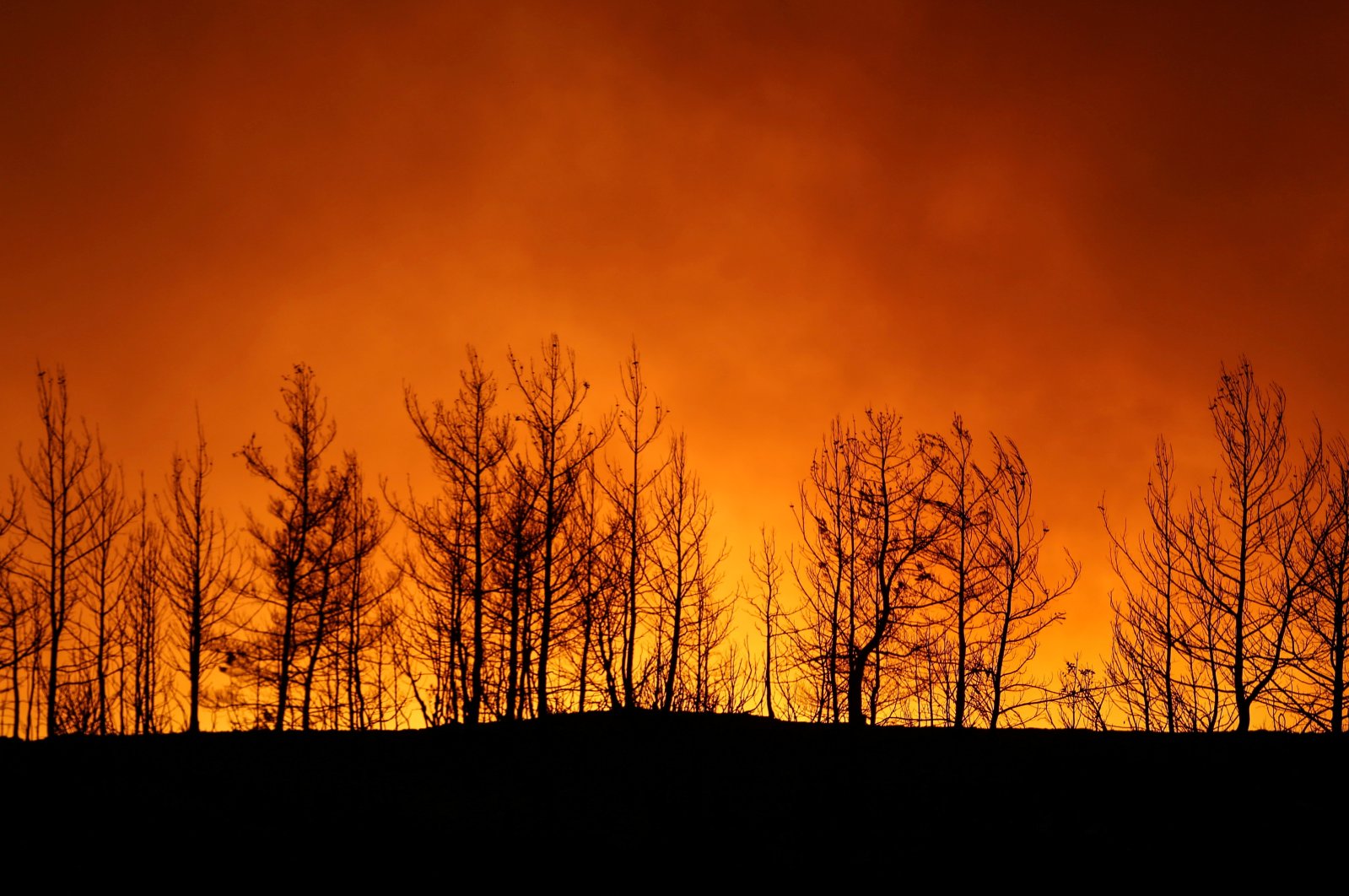 Turkey is about to receive loans worth around 3.1 billion euros ($3.6 billion) to help it meet clean energy goals set out in the Paris climate agreement, a report said Thursday, citing sources familiar with the plan said.

The loan is said to be extended under a planned deal funded by the World Bank, France and Germany, sources told Reuters.

Turkey last week became the last country in the G-20 group of major economies to ratify the Paris accord, after demanding for years that it must first be re-classified as a developing country, which would entitle it to funds and technological help.

Under a memorandum of understanding intended to be signed this month before the 26th U.N. Climate Change Conference, known as COP26, in Glasgow, Scotland, Ankara would receive major international loans even without getting its requested change of status, the sources said.

Most of the money would come from the World Bank, which would provide 2 billion euros in finance, with France putting forward up to one billion euros and Germany just over 200 million euros, three sources said.

“Agreement on the amount and modalities has already been concluded and it is because of this that Turkey ratified the Paris accord,” said one source who was aware of the talks.

Four sources said the full memorandum had yet to be agreed, and cautioned that nothing was certain until all parties had signed off. The sources spoke on the condition of anonymity because of the sensitivity of the ongoing talks.

The European Bank for Reconstruction and Development (EBRD) and the International Finance Corporation, the private sector investment arm of the World Bank, are also involved to help drive the private sector role for green energy in Turkey.

The planned support for Turkey was reported by Politico last week, but the size and details of the loans have not previously been revealed.

A German government source, who could not confirm the 3.1 billion euro figure, said talks were continuing. “There is no MOU right now,” the German source added.

A World Bank spokesperson did not comment on loan support, but said it welcomed Turkey’s ratification of the accord and looked forward to more details of its plan to meet goals.

“In this regard, we stand ready to scale up our support to Turkey through impactful projects,” the spokesperson said.

Ratification ‘against all odds’

Turkey signed the Paris agreement in April 2016 but did not initiate the ratification process, arguing that it should not be deemed a developed country for the purposes of the accord and was responsible for a very small share of historic carbon emissions.

Announcing Turkey’s change last month, President Recep Tayyip Erdoğan told the U.N. General Assembly that countries that have a “historical responsibility” for climate change should make the most effort.

When it unanimously approved ratification on Oct. 6, parliament said Turkey was doing so as a developing country and would implement it as long as it did not “harm its right to economic and social development,” although the U.N. has not signaled any change.

The promise of funding could resolve that impasse.

The U.N. Framework Convention on Climate Change (UNFCCC) currently lists Turkey in the Annex I group, described as industrialized countries.

Turkey has sent a proposal to UNFCCC Secretariat in Bonn, Germany, to have its name removed from the list. The proposal is on the provisional agenda for the COP26 to be held from Oct. 31 to Nov. 12.

If Turkey is removed from the Annex I list of countries, it would be able to benefit from investment, insurance and technology transfer that can be provided as part of the agreement.

French President Emmanuel Macron and Erdoğan have had tense relations for years, but the two leaders have toned down their criticism in recent months.

A French government environment official said French and German environment ministers had discussed the issue in June, and that Turkey switched into a faster gear recently and ratified the climate agreement “against all odds.”

The goal under the 2015 Paris climate accord is to limit the rise of global temperatures to well below 2 degrees Celsius (3.6 degrees Fahrenheit) above preindustrial levels while pursuing efforts to limit the rise to 1.5 degrees.

The 1.1-degree Celsius warming already recorded has been enough to unleash disastrous weather, including recent wildfires in Turkey, Greece and the United States.

Some of the worst wildfires in Turkey’s history killed eight people and devastated tens of thousands of hectares of forest in the southwest this summer. The fires were followed closely by floods that killed at least 77 people in the north.