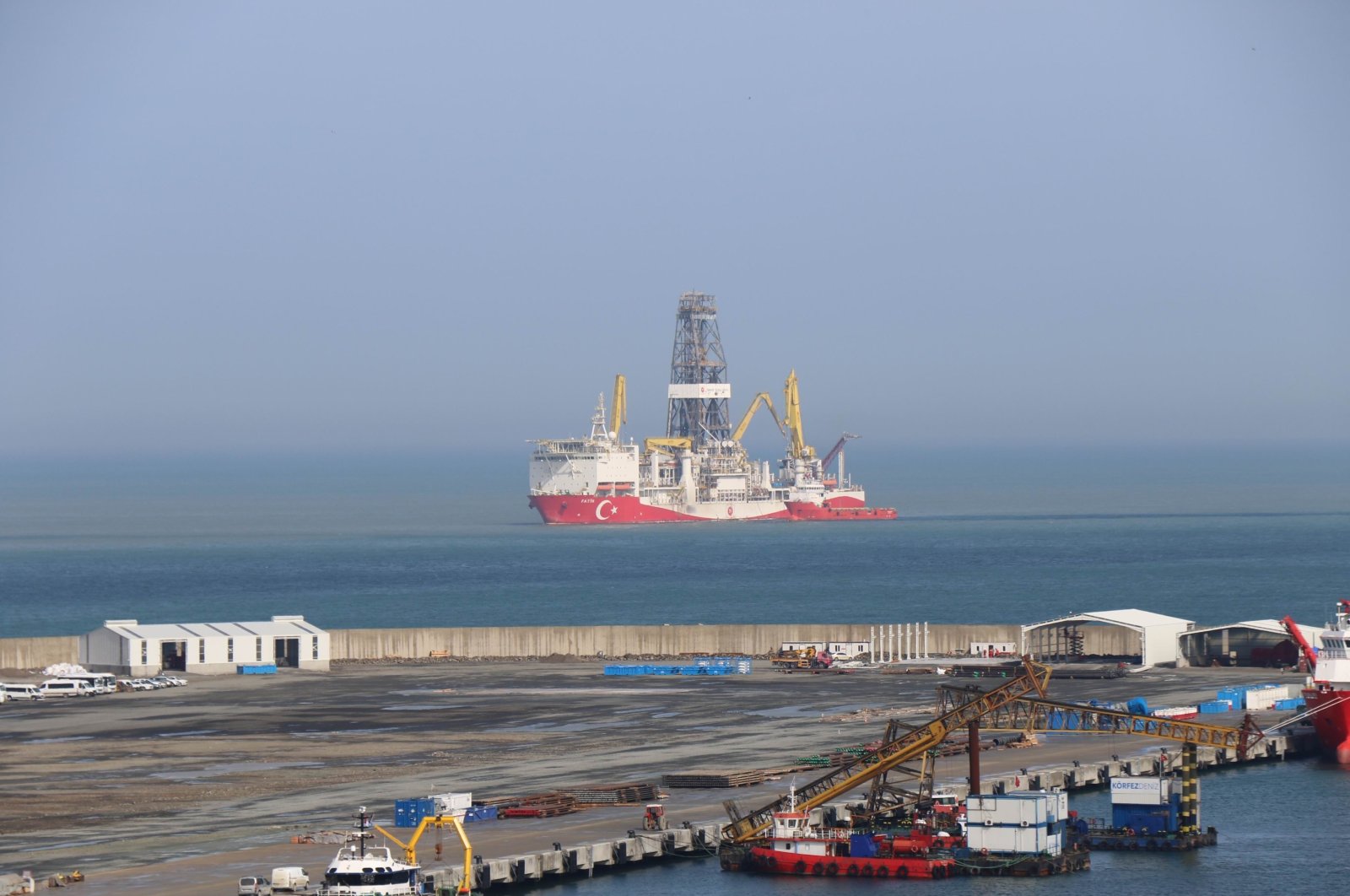 "Our Fatih drillship made a discovery of 135 billion cubic meters of natural gas in the Amasra-1 borehole in the Sakarya gas field," Erdoğan said at the groundbreaking ceremony of the Filyos Port and Natural Gas Operating Facility

"Our new drilling operations around (the borehole) continue. Allah willing, we expect new good news from this region," he added.

The president also noted that they plan to bring natural gas from the sea to land in three stages.

The first stage includes natural gas production systems being established on the seabed, he said, adding that the second stage will see the launch of the facility that will process the natural gas on land and make it ready for use.

"The third stage is the pipeline that will provide the connection between the system at sea and the facility on land," he noted.

Erdoğan earlier on Tuesday hinted at the discovery as he said he would announce “good news” regarding the gas reserves from Zonguldak.

Turkey uses two of its three drillships, the Fatih and the Kanuni, to speed up field development. In a sign that the size of the reserves may increase after each drill, Energy Minister Fatih Dönmez said last month that one drillship would open new test wells to appraise firmer reserve figures while the second one would upgrade testing wells to production status.

Ankara aims to pump gas from the Sakarya field to its main grid in 2023, with an envisaged annual gas flow of 5-10 bcm. Sustained plateau production set to start in 2027 or 2028 while the field is expected to gradually increase to reach a production plateau of around 15 bcm as of 2025, which is sufficient to meet 30% of the nation’s annual gas demand. The field will reach full production status after a four-phase development plan, Dönmez has said.

A pipeline stretching at least 160 kilometers (99 miles) will be required to connect new wells in the region to the main grid, while Ankara will need to construct a receiving station within two years to match its timetable.

Turkey, which has little oil and gas, is highly dependent on imports from Russia, Azerbaijan and Iran – as well as liquified natural gas (LNG) imports from Qatar, the United States, Nigeria and Algeria – for its gas.

It imported 48.1 bcm of gas last year, up 6% from a year before, of which a third was from Russia. The country's aim is to cut dependence on imports in energy with the discovered gas on its shores, as reiterated many times by the president.

Dönmez last week also triggered prospects the country could be announcing a new gas discovery in the Black Sea.

Turkey has also been exploring for hydrocarbon resources in the Eastern Mediterranean and has already opened eight boreholes in the region.

Three of the eight opened boreholes are in the areas where Turkey was granted licenses from the Turkish Republic of Northern Cyprus (TRNC), according to the energy minister's previous statements.

"The others are in the areas of our own continental shelf. Seismic studies are also continuing,” he noted.

Turkey and Greece have been at odds over a number of decades-old issues, including the extent of their continental shelves, overflights in the Aegean Sea and the ethnically split island of Cyprus.

Turkey, which has the longest continental coastline in the Eastern Mediterranean, has rejected maritime boundary claims made by European Union members Greece and the Greek Cypriot administration, stressing that these excessive claims violate the sovereign rights of both Turkey and the TRNC.

Commenting on what he dubbed the exit gate of the Black Sea, Erdoğan said that when the port's construction is completed it will not only alleviate burdens on the Marmara ports and the straits but also ensure railway trade to the south and the Middle East from Central Asia and the Black Sea regions.

As the Filyos Port is a part of the Filyos Valley Project, he said that with its industrial region, port, railway and other transportation opportunities, Filyos Valley offers an integrated industry concept to national and international investors.

“We promise many opportunities to our investors in this valley,” Erdoğan said.

The Filyos Industrial Zone is Turkey's first mega-industrial zone. It has an area of approximately 600 hectares and is located in the heart of the Filyos Valley, the president said.

The industrial zone, designed with an innovative and environmentally friendly approach, started under the leadership of the private sector. It is set to host medium and high technology-oriented investments.

“With its integrated structure, Filyos Valley will make a significant contribution to the production, export and employment of the region and Turkey in the coming period,” Erdoğan said.