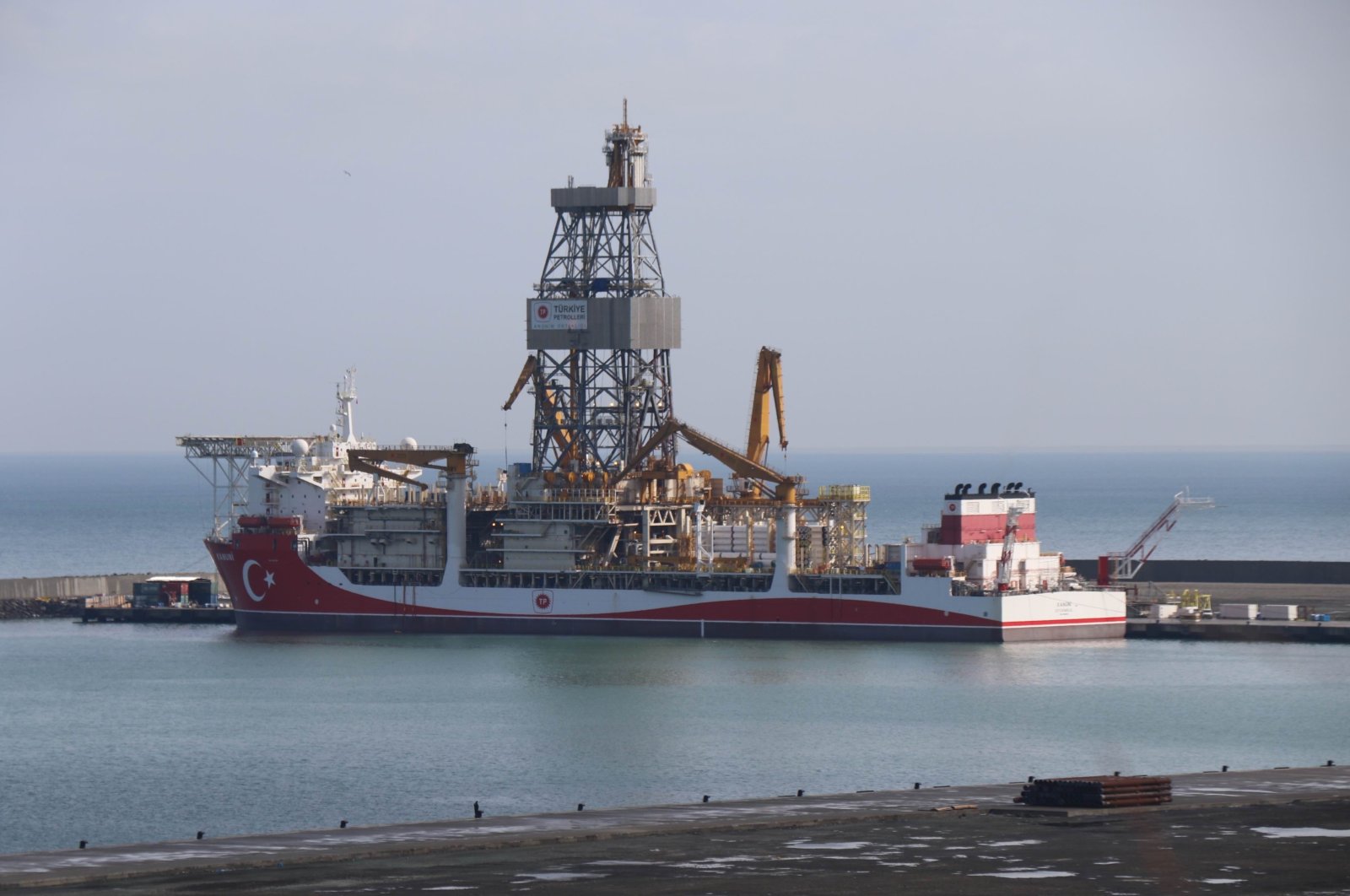 The Kanuni drillship is seen at the Port of Filyos in northern Zonguldak province, Turkey, Feb. 6, 2021. (IHA Photo)
by DAILY SABAH WITH AGENCIES Jun 02, 2021 1:19 pm
RECOMMENDED

President Recep Tayyip Erdoğan said late on Tuesday he would announce “good news” regarding natural gas reserves in the Black Sea on Friday.

In one of the world’s biggest finds last year, Turkey said it discovered 405 billion cubic meters (bcm) of natural gas in the Black Sea’s Sakarya field, about 100 nautical miles north of the Turkish coast.

Speaking at an interview on state broadcaster TRT Haber, Erdoğan said he would make the announcement during an opening ceremony in the Black Sea province of Zonguldak, where he said he will have a video link with Turkey’s Kanuni drillship.

The president last month hinted at a new discovery and said the public should not be surprised if they announce a new find soon.

“We are getting good news, and with these, do not be surprised if you get news on an oil or natural gas (discovery) soon,” Erdoğan said.

“Let us wait for June for the update. The works will be completed in June,” Dönmez said.

The gas reserve is expected to lessen the country’s dependence on Russia, Iran and Azerbaijan for energy imports.

Turkey meets most of its natural gas needs through imports. The discovery is expected to significantly slash the import bill, which totals around $12 billion (TL 103.41 billion) annually.

Before the discovery, Turkey's natural gas reserves stood at around 3.3 bcm, mostly on onshore fields.

The oil has been found at two wells in the southeastern Diyarbakır province and at a third site in the northwestern province of Kırklareli.