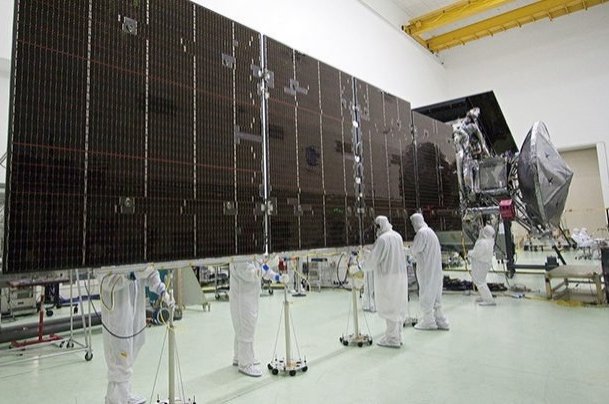 The solar power plant (SPP) of Kalyon Holding slated for the Karapınar district in the central Anatolian province of Konya as part of the first solar Renewable Energy Resource Zone (YEKA) tender will include some 3.5 million solar panels and meet the electricity needs of 2 million people annually.

Some 104,000 panels will be commissioned monthly for approximately 40 megawatts (MW) of energy, an official from the company said.

Kalyon Holding Energy Group Executive Board Member Murtaza Ata said the solar power plant, which will be established in an area of 20 million square meters (215 million square feet) with an investment of $1 billion, will meet the electricity needs of 2 million people annually.

“It is the world's largest power plant built by a single investor on a single parcel. When it is completed, it will be one of the human structures visible from space,” he added.

Ata commented that the National Energy and Mining Policy, prepared during the term of then-Energy Minister Berat Albayrak, paved the way for domestic and renewable energy production.

Kalyon Holding, together with a South Korean Hanwha Q-Cells consortium, won the tender for Turkey's biggest SPP project – the Karapınar Renewable Energy Resources Zone Project – in March 2017 at a cost of $0.0699 per kilowatt-hour. However, Hanwha will not continue with the project, and China Electronics Technology Group Corporation (CETC) has stepped in to construct the facility and to provide an additional two years of technical assistance after the turnkey contract expires.