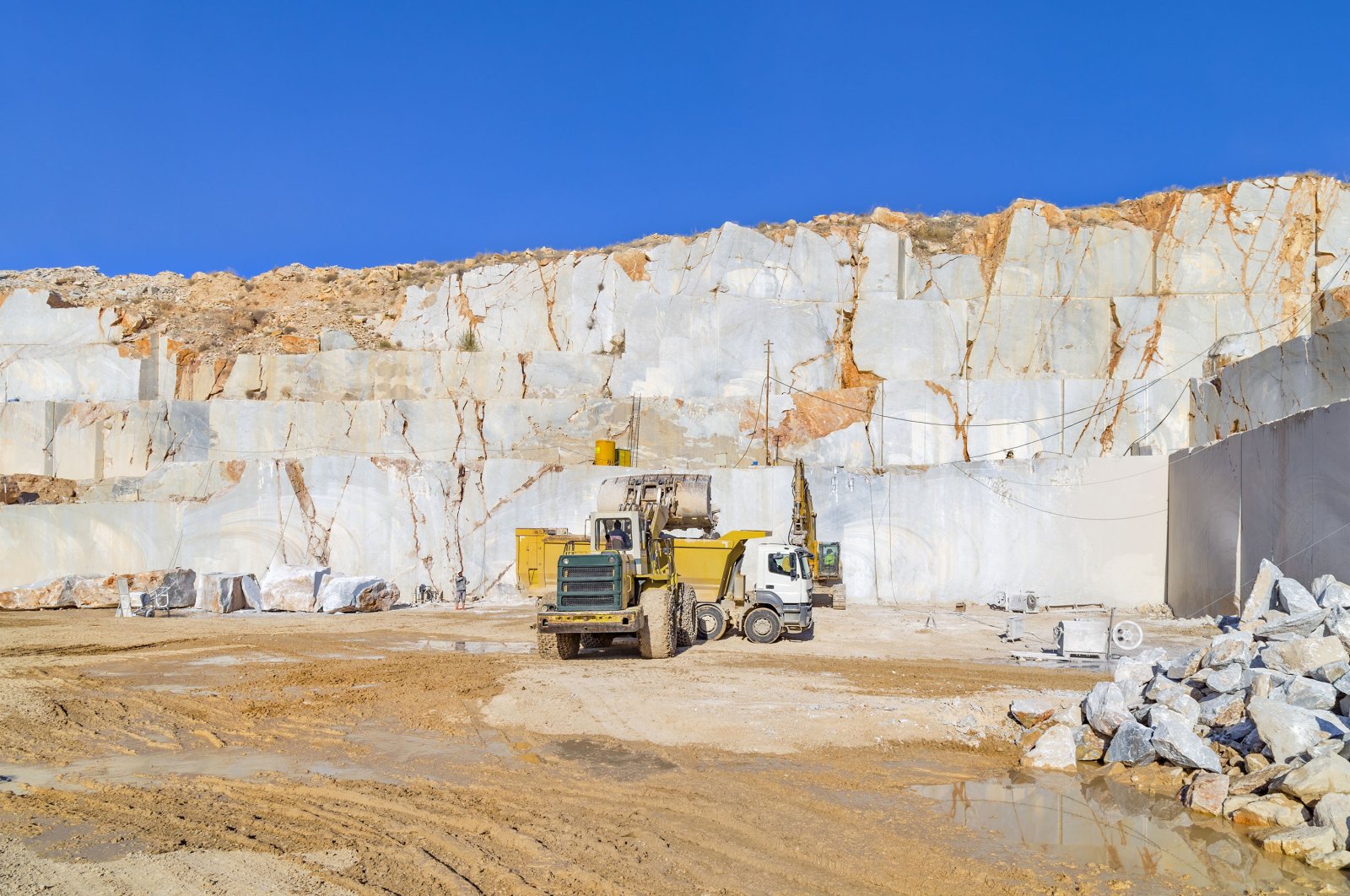 A mining association in Turkey that carries out activities for sustainable mining aims to produce paper made of stone in a new project, preparations of which have already begun. The Mining Problems and Solutions Association eyes establishing factories in three different cities with 450 million euros (TL 4.5 billion) of funding from the European Union.

The association, which develops projects for the efficient and effective exploration of underground resources with scientific methods, continues its activities to transform the mine into value-added products and to reintroduce mine waste into the economy.

Yasemin Bal, the association’s deputy chairperson and an expert in mining as well as an energy lawyer, said they are currently working on a project to form paper out of stone.

“We will produce paper by taking waste stone from inactive quarries and pulverizing them with a small amount of plastic raw material and resin. We have prepared its scientific feasibility,” she was cited as saying by a Turkish daily financial newspaper Dünya Wednesday.

The projects foresee the establishment of factories in Istanbul, Afyon in the country’s central west, and southern Mersin province, with three different technologies. The production is set to begin on October 29, 2023, according to what the association has shared.

Stating that they are progressing on three concepts within the scope of the stone paper project, Bal said that they would produce a type of long-lasting paper to be used in the packaging field. As part of the first concept, “We will produce paper made of stone, which is mixed with plastic-based chemical contents that will have a long life of 100 to 200 years,” she said.

Bal explained that for this, they aim to establish a factory in the old marble quarries in and around Afyon in the central Aegean region. The second technology will produce resin-based stone paper for the 100% organic short-lived packaging group.

“We will establish a factory in Mersin’s Silifke, where limestone is mostly concentrated," she said.

The third technology was tailored for the papers with antibacterial properties, such as the paper used in coloring books and children’s books.

This paper will decompose in nature within two years, Bal said, emphasizing that they will establish factories in abandoned quarries in Istanbul to produce it.

Underlining that the stone paper project is compatible with EU criteria, Bal said the establishment of the factories would see 150 million euros of EU funding for each.

Turkey currently imports around 10 billion euros of paper, Bal said, adding, “When the factories become operational, the import rate will be decreased.”

The current paper production has a process that uses and consumes excessive drinking water, while the project also excludes the use of both water and trees in its production.

Bal, who said that the inventory of the mines in Turkey should be taken and research and development (R&D) studies should be carried out in each mine, said, “As an association, we started to carry out these studies with young engineers. We are also working on producing cement used in the heart of nuclear power plants in the south of Turkey. We aim to establish a cement factory as well.”

Underlining the need to establish a mining bank and a mining exchange for the sector's development, Bal said that they expect the Trade Ministry to implement the grant and program support for nongovernmental organizations (NGOs) in 24 countries, which are applied for commercial purposes for companies abroad.

“In this context, we are planning to open representative offices in 24 countries. We will promote Turkish mining in these countries with our lobbying activities,” she said.

Stating that they are working to bring the wastes in the abandoned and idle mines back into the economy, Bal stated that they aim to expand the Zero Waste Project through the quarries and mines.

The stone-paper project for sustainable mining and the environment will also be presented to Turkey’s first lady Emine Erdoğan who is a strong supporter of the Zero Waste Project, which was kicked off under her leadership.

In March 2021, the Zero Waste Project, the brainchild of the first lady, received the country's first Global Goals Action Award by the Turkey branch of the United Nations Development Program (UNDP Turkey). The project, international recognition of which increases day by day, prioritizes recycling in every aspect of life amid climate change caused by pollution.