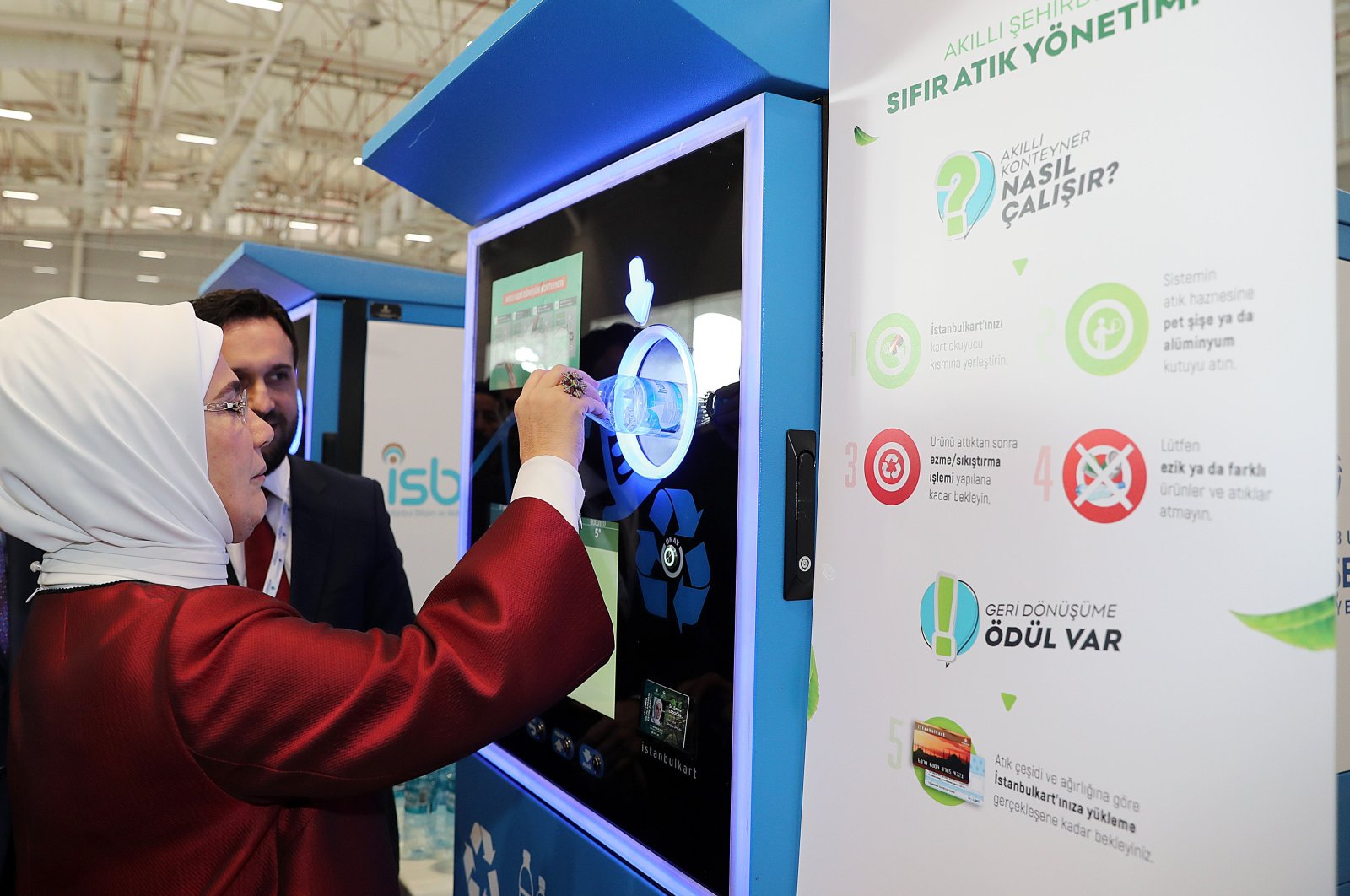 Four years after its inception, the Zero Waste project, the brainchild of first lady Emine Erdoğan, is receiving more and more international recognition. The Turkey branch of the United Nations Development Programme (UNDP Turkey) gave the country's first Global Goals Action Award to the project, which prioritizes recycling in every aspect of life amid climate change caused by pollution.

UNDP Turkey said in a statement on Monday that the Sustainable Development Goals Action Award was given to the Zero Waste project, "due to its important contributions to the goal of responsible production and consumption, one of the sustainable development goals of the program." The project aims to reduce the volume of non-recyclable waste and is also listed in the Environmental Performance Review of the Organization for Economic Co-operation and Development (OECD). The award will be presented to Turkish President Recep Tayyip Erdoğan by UNDP Turkey Resident Representative Claudio Tomasi at a ceremony to be held in the capital Ankara, Thursday.

As part of the project that was initiated in 2017, the waste recovery rate is targeted to reach 35% in 2023, which is currently 19%. Between 2017 and 2020, 315 million kilowatt-hours of energy, 345 million cubic meters of water, 50 million barrels of oil and 397 million tons of raw materials were saved. The project has also prevented 2 billion tons of greenhouse gas emissions and has saved 209 million trees.

From 1.3 billion tons currently, the amount of waste is expected to reach 2.2 billion tons globally in 2025, according to a World Bank report, while this figure is forecast to reach 38 million tons in 2023. Economically, the project brought in TL 17 billion (over $3 billion) to the Turkish economy from June 2017 to the end of 2020.